In the court of public opinion, the votes are in, and Texas veterinarian Kristen Lindsey has been found guilty. You might not recognize her name, but you've almost certainly seen the gruesome picture that went viral in April. A smiling young woman posing for a Facebook photo with an orange and white cat hanging from an arrow she shot through the back of his head. The caption read: "My first bow kill, lol. The only good feral tomcat is one with an arrow through its head! Vet of the year award ... Gladly accepted." The story has been in the headlines, provoking outcry and calls for justice across the US and beyond.

Ms. Lindsey has lost her job; the veterinary clinic where she worked appears to have rightly viewed her callous act as incompatible with her profession. But the repercussions should not stop there. It remains to be seen if the Texas State Board of Veterinary Medical Examiners will suspend or revoke her license to practice veterinary medicine, but it is hard to imagine that any animal lover would knowingly take an animal to her for care. Beyond her breach of professional ethics, it seems that, based on Ms. Lindsey's own words, she violated anti-cruelty laws.

All 50 states now have felony animal cruelty provisions, precisely because it is so widely regarded as abhorrent. Yet when it comes to enforcing these laws, there is a shockingly low level of enforcement.

A few weeks before Lindsey posted that horrific photo, another cat cruelty case hit the news from across the state in Bedford, Texas--two kittens were found mutilated, one had to be euthanized, and the other is recovering after multiple surgeries. There was intense public outcry, rewards for information leading to an arrest, but the investigation went nowhere. 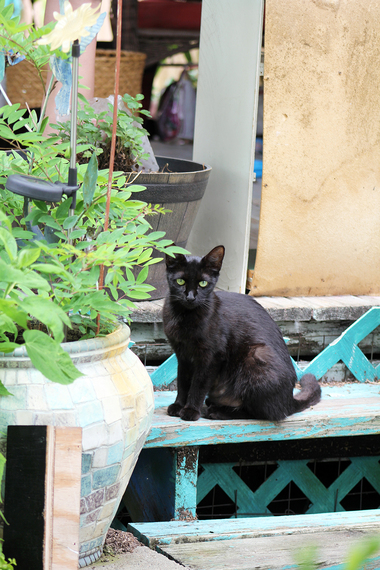 I'm particularly haunted by a case out of Walton County, Florida--not far from Pensacola. Two Good Samaritans who cared for an outdoor cat they'd named "MommaCat" heard a neighbor shoot her. They begged the man to spare her, but he shot her again, killing MommaCat. The police responded but refused to do anything. After public outcry and pressure from Alley Cat Allies, the Sheriff's Department finally launched an investigation, but ultimately declined to charge the shooter.

The correlation between perpetrating acts of cruelty against animals and perpetrating acts of cruelty against humans is well documented and ought to be a motivating factor even for those who are not concerned about the welfare of animals. At a very basic level, instinctively understood by small children and held by societies around the world, taking pleasure in harming and killing animals is repugnant. Psychologists consider animal cruelty to be a deviant behavior and it is associated with antisocial personality disorder. Yet in my decades of animal advocacy work, I've watched countless cruelty cases capture attention and cause outrage, but rarely does the outrage result in investigations and prosecution. The system seems to break down when it comes to following through on enforcement of anti-cruelty laws.

Calley Gerber, of the Gerber Animal Law Center in North Carolina, is a former prosecutor and notes that while she took animal cruelty seriously every time it came up, that is not every prosecutor's approach. Gerber proposes three main problems at the root of failure to prosecute animal cruelty: lack of resources, lack of knowledge, and apathy. At the very least, as citizens, we can each work to increase humane education and raise consciousness. Awareness is growing every day as more individuals and organizations focus their efforts on protecting animals.

Michigan University's Animal Legal & Historical Center, founded in 2002, is dedicated to building a vast library of information on animal legal issues. And just this year, the FBI began tracking animal cruelty cases in its Uniform Crime Reporting program, recognizing animal cruelty as a marker for other dangerous behaviors. This is a step forward. I remain hopeful that the tides are changing--though likely not soon enough to bring justice to the cat painfully and cruelly killed, allegedly by the veterinarian Kristen Lindsey.

As a nation, we take animal cruelty seriously. It disturbs us--we condemn it and our laws forbid it. But the laws must also be enforced. In our efforts to create a safe and peaceful society, allowing animal cruelty to go unprosecuted is detrimental. The next time a local elected official asks for your vote, ask them where they stand on prosecuting animal cruelty in your community. Only when animal abusers pay a price for their heinous acts will animals and humans alike be safe.

Becky Robinson is the President and Founder of Alley Cat Allies, the only national advocacy organization dedicated to the protection and humane treatment of cats.