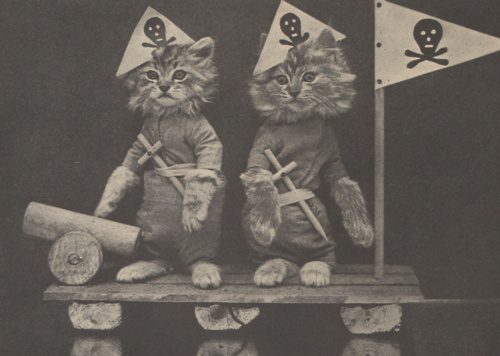 Throughout the history of the planet, most species have evolved in a predictable manner. The ones who avoided extinction became more adept at survival, either through brute force or through domestication. Only cats and Republicans refused to adapt, and both are currently suffering the consequences.

We shall leave the Republicans to their own devices, while we turn, instead, to cats. Cats, because of their inherent aloofness and penchant for licking the bottom of bathtubs after their owners have showered, have never been as appealing as dogs to pet owners. For that reason, dog owners are mystified as to why people would want cats as pets.

Dog owners believe that cats use affection as a means of manipulation, rather than to express any real connection. After tiring of this pseudo-affectionate activity, they happily bite their owners and move on, reminiscent of the behavior of Claire Underwood in "House of Cards."

An alert reader has sent Life in the Boomer Lane the ultimate diss for cat owners. A recent study by researchers at Manhattanville College, New York has come to the following conclusion: Dog owners are happier, more sociable and earn bigger salaries than cat owners. Before you send LBL hate mail with adorable photos of Muffy or Fluffy saving your entire family from a burning building, please note the following compelling results found in the study, which surveyed 263 people:

People who choose a feline friend rather than a canine companion are more likely to enjoy their own company. This makes perfect sense, since when dog owners are alone at home with their dogs, their dogs are generally attached to their owners' bodies, slobbering with joy at even the slightest crumb of affection. Cats, on the other hand, spend their time inspecting dust motes or trying to get into the bathroom to lick the bottom of the bathtub.

Dog owners have more money than cat owners. They have higher incomes and are more likely to have paid off the mortgage. LBL has no idea why this fact should even be of any consequence in a study involving pet owners, unless cat owners are too busy being influenced by their cats and spend the day inspecting dust motes instead of being gainfully employed.

There are marked differences in other areas of sociability as well. Cat owners have an average of 50 online friends, while dog owners have 60. When asked to reveal how many "best friends" they had, cat owners had an average of 12, while canine lovers have 15 close friends. LBL is especially surprised at this figure, unless "best friends" has nothing to do with Facebook friends. On that count, cat owners have an average of 3,500 close Facebook friends, who all spend their days sharing photos of their adorable felines. When they are not online, they are alone, tending their wounds.

Dog owners are forced to shell out more money each month feeding their pet and keeping them fit and healthy. The figures show cat fans spend considerably less per month on their pet than dog owners do. This may account for some, but not all of cats' hostility toward their owners. But the actual reason may be that most pet owners acknowledge that it is far easier to dress and groom a little dog than it is to do so to a cat.

Dog owners appear to love their pets more, rating their affection at an average of 9.5 out of 10, compared to cat owners who came out at an average of eight out of 10. LBL is certain that this one statement will have cat lovers frothing at the mouth and sharpening their little loved ones' tiny nails and then depositing them on LBL's doorstep.

Perhaps the most controversial result of the study is that dog owners enjoy slightly more sex than their cat-loving counterparts, three times a week, to only twice for cat owners.

While LBL is absolutely certain that this statement referred to human relationships, she is aware that said statement didn't specifically clarify that. She is also aware that certain of her more lascivious readers (you know who you are) are already envisioning rather unsavory practices between pets and their owners. She asks you to stop this right now and try to behave, because she orders you to go to time out.

In conclusion, A spokesman for VetPlus, which carried out the research, said: "The goal of the research was to understand the differences between dog and cat owners and what drives them to visit a vet. Looking at this research, this may well be because of the difference in lifestyle and relationships between the pet and its owner."

A spokescat for the International Association of Pet Cats was asked to comment on this damning research. The spokescat was finally located in the bathroom, drinking out of the toilet bowl and licking the bottom of the bathtub. It was unaware of the research but did indicate an aversion to being compared to Claire Underwood.

8 Things That Make Or Break Your Happiness: AARP Survey