It turns out cats and dogs can be better matches than we often think.

Dr. Perry knew the cat needed a blood transfusion to return his red cell level to a normal 35 percent, but it would take anywhere between 24 and 48 hours to acquire the right type of cat blood -- far too long for the cat to wait and survive.

However, the clinic had donated dog blood available, and coincidentally cats are the only cross-species known to veterinarians that are able to receive a blood transfusion from dogs. Dr. Perry told ABC News that these cross-species transfusions, named xenotransfusions, are incredibly rare. Buttercup is now one of only 62 cases in the United States to be recorded by the National Library Of Medicine.

"Cat's blood is a little harder to come by and not as available as dog's blood," Perry told KeysInfoNet. "We had greyhound blood packs that we get from a blood bank that has red blood cells separated from plasma. Buttercup showed no signs of rejection during the transfusion."

Dr. Perry also told Business Insider that xenotransfusions can only be performed once on any given feline. Subsequent exposure leads to the build up of antibodies against the dog blood cells, catalyzing the body's instinct to attack them and break them down. But lucky for Buttercup, it doesn't look like the idea of a second exposure is at all an issue.

Within four hours of the transfusion, Buttercup began returning to his normal self. He is now on his way to a successful recovery at home, receiving regular check-ups at the veterinarian hospital. He has also officially began developing red blood cells of his own again, according to ABC News.

PHOTO GALLERY
Daisy The Kitten Might Be The World's Cutest Cat

Kitty Gets Blood Transfusion From Pup. We Rethink Everything We Know About Cats And Dogs
Daisy The Kitten Might Be The World's Cutest Cat 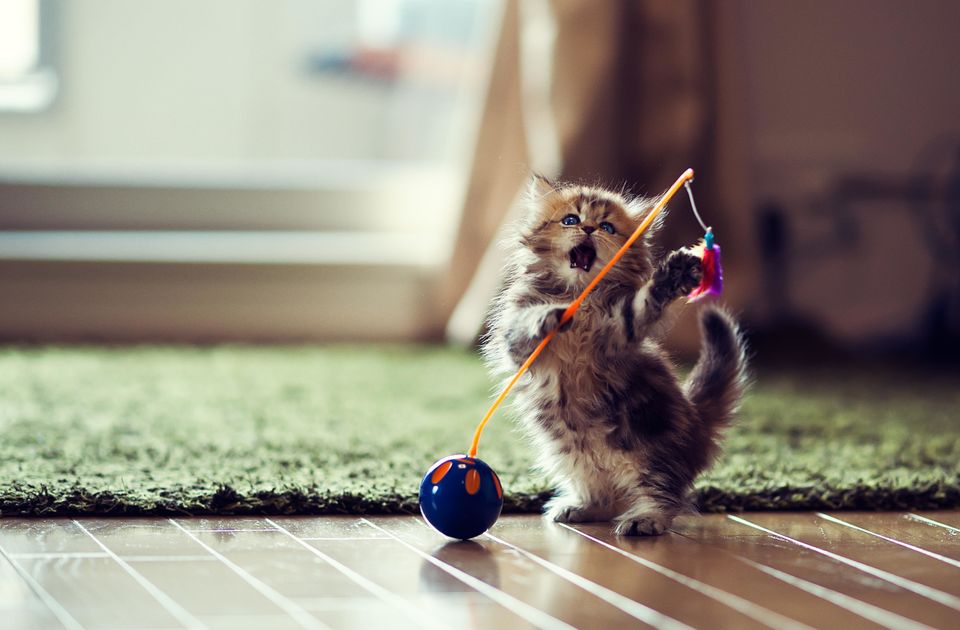