Tensions between the governments of Spain and the semi-autonomous region of Catalonia reached a tipping point on Friday, as Catalan lawmakers ended weeks of political wrangling by declaring the region’s independence in a symbolic vote.

Outside the regional parliament, more than 2,000 people shouted “Liberty!” and sang traditional songs as the vote proceeded, Reuters reports. Thousands of independence supporters gathered on streets and squares throughout Catalonia to celebrate the decision.

But as the scenes of jubilation unfolded, the backlash to the defiant decision began.

Less than an hour after the declaration of independence, Spain’s parliament voted to strip Catalonia of its autonomy and impose direct rule. Prime Minister Mariano Rajoy announced that the Spanish Cabinet had decided to dismiss the Catalan government, fire the Catalan police chief and hold new elections in Catalonia on Dec. 21.

One after another, governments across Europe, as well as the U.S. State Department, came out in support of the Spanish government’s efforts to keep the country united.

Meanwhile, Spain’s Constitutional Court said it has started the process of reviewing the independence declaration. As the court is almost certain to rule the move illegal, Catalonia has uncertain times ahead. 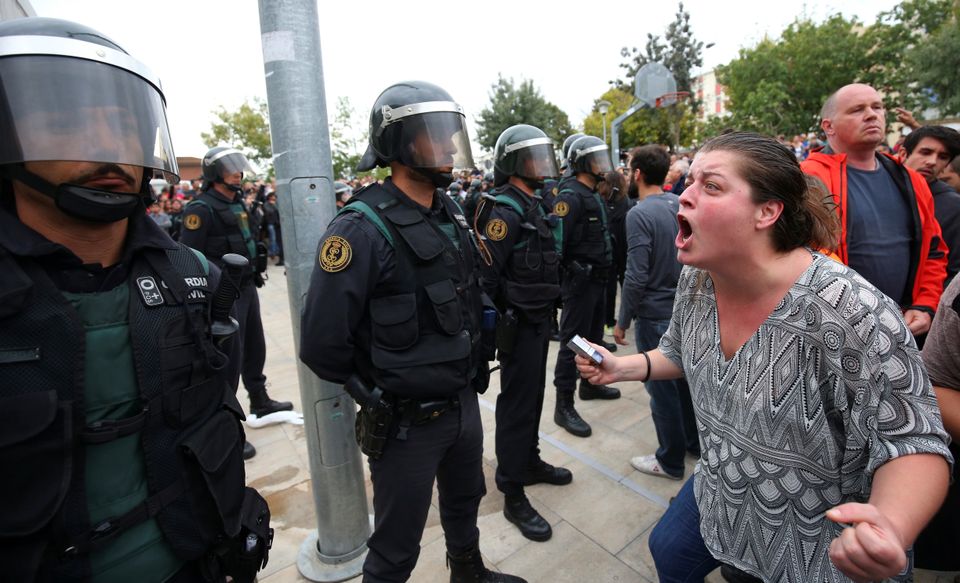