BERLIN — The referendums for independence in Kurdistan and Catalonia are a reminder that devolution — not democracy — remains the most powerful political force of our age.

Woodrow Wilson’s support for the self-determination of peoples at the end of World War I, along with the post-World War II acceleration of decolonization, were just the beginning of an extended search for a better alignment of peoples, borders and resources. Devolution has carried through the collapse of the Soviet Union, which created over a dozen new independent countries about quarter-century ago, and more recently the establishment of new nations such as East Timor and South Sudan.

In Spain, Madrid’s reactive constitutional maneuvers and extrajudicial intimidation are a band-aid at best and at worst further inflame Catalan sentiment. In Iraq, threats from Baghdad against Erbil remind the Kurds of Saddam Hussein. What effect do you think that has on Kurdish sentiment? Managing multiethnic polities with fractured ethno-geography requires not suppressing local demands but acceding sufficiently to them, while also engaging in genuine state-building that makes membership in the federal union too attractive to reject.

Devolution — not democracy — remains the most powerful political force of our age.

Equally importantly, devolution is a domestic phenomenon, as cities and provinces clamor for greater self-rule and fiscal control. Since India’s founding in 1947, the number of states in the federal union has more than doubled to 29, the most recent being the creation of Telangana in 2014. It is geography more than democracy that holds India together — democracy has been an invitation to continuously splinter the country into more units. Even in advanced Western democracies, there are devolutionary pressures that don’t incite ethno-nationalist passions but are equally significant: Canada’s western province of British Columbia and the province of Western Australia, for example, both pushed for greater fiscal autonomy from their federal capitals during resource booms.

It is in this context that we must view these current devolutionary movements. Whether Catalonia or Kurdistan, Palestine or Somaliland, we are witnessing a self-awakening, a new awareness among citizens of different countries and regions shaping their own connections to the world without interference from capitals.

We need greater transparency into government affairs worldwide. Whether leaders of these devolutionary movements seek merely greater autonomy or outright secession, the tide of history for more than a century favors these causes.

In Spain, Madrid fears what could happen after the Catalan referendum. Especially during a period of prolonged economic strain, losing tax revenue from the country’s wealthiest province would massively derail any hope of sustained recovery from austerity and extend the Basque fiscal precedent even further. At the same time, doesn’t Madrid need to become much more efficient with its government spending and service delivery? Is there not an opportunity to manage Catalan autonomy in such a way that the region’s affluence spills over more effectively into the rest of Spain? By asking these specific and material questions, we get to the heart of the matter much more efficiently than through emotive identity politics.

Indeed, treating devolutionary movements merely as narcissistic tribal nuisances ignores their very legitimate, tangible grievances. There is nothing regressive about the Scots, Catalans and Kurds. As smaller polities, they know their local circumstances better than far-off national capitals and are often less corrupt and more fiscally prudent. They are more capable of making rational cost-benefit calculations about their investments and bootstrapping where necessary to fulfill their potential.

Both Quebec and Scotland provide compelling evidence of this approach. Quebec has attained the dignity it seeks while Canada’s center of attention has shifted westward. Scotland was offered sufficient autonomy over matters such as education and tax policy that enough voters felt that full independence would carry too many risks — especially amidst falling oil prices in 2014. Indian Prime Minister Narendra Modi is making the first real effort since the British Raj — whatever his Hindu nationalist provocations — to bring India together through massive infrastructure investment and harmonization of tax policy, among other measures, gradually lessening the country’s fissiparous tendencies.

In Europe, the Basque struggle for independence is the most relevant comparison for Catalonia. Despite their unique identity and violent struggle against the Spanish government, Basque militants laid down their arms in 2011 in exchange for fiscal autonomy. Had Madrid offered such a deal to the Catalans, it would likely ensure that far fewer of them would choose independence today.

We are witnessing a self-awakening among citizens of different regions shaping their own connections to the world.

And far from seeking dissolution, these groups take their connectivity very seriously, unlike federal governments who may either abuse it or take it for granted. If they were to become independent, Catalonia and Scotland would immediately seek membership in the European Union — hardly a club of ancient ethnic hatreds. For its part, independence for landlocked Kurdistan would force it to get along with Turkey and Iran in order to access global markets. Far from being tribal agitators, small autonomous states are often the most pro-globalization countries.

There is no doubt that peaceful, multiethnic democracies represent a high point of human political achievement, a symbol of how coexistence can be nurtured and societies enriched through diversity. But whether we’re discussing Tito’s Yugoslavia or America today, this state of affairs is not a permanent condition — it must be earned, renewed and invested in every day. Rather than firing warning shots at Barcelona and Erbil, we should be casting suspicious glances at Madrid and Baghdad.

Philosophically, you only truly support democracy if you do so at all levels, not restricted to today’s sovereign states as if the world political map is frozen in time. As I explain at length in my book “Connectography,” devolution is far more a driver of today’s relative state of global peace than of democracy itself. In the process of decolonization and new state creation since World War II, the number of sovereign countries in the world has increased nearly four-fold. There are now nearly 200 members of the United Nations versus just over 50 in 1945. Along the way, hundreds of border disputes have been resolved. Even if many of these nations are not democracies, most of them are no longer warring with their neighbors either. And the smaller each state becomes, the more each needs to trade in food and fuel, goods and services in order to survive.

This is why, for all the fear that the world is falling apart through civil wars and secessionism, the world is actually coming together as never before into a network of connected countries and cities. Devolution, more than any other factor, is the reason we actually live in a far more peaceful world today than a century ago. 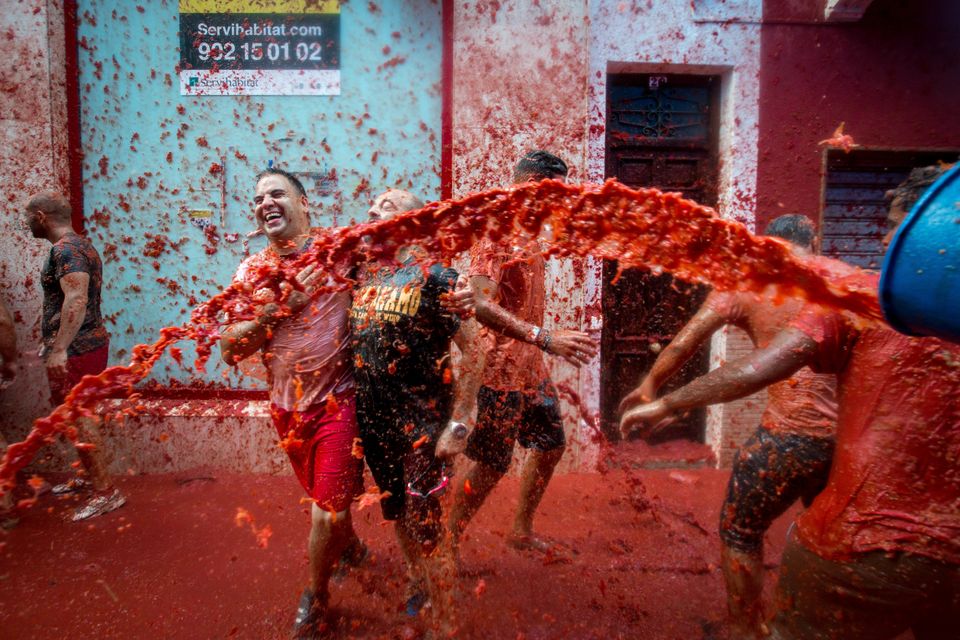