I'll admit it. I'm not as young as I like to think I am (27). I'm in my young 40s, and I'm grudgingly proud of it. The only time it remotely bothers me is when I drop my daughter off at preschool, and see other parents at least 10 years younger than me. However, I figure I had a life in my 20s and 30s whereas those poor suckers are dealing with kids. (Heck, who am I kidding? My social life was virtually non-existent then, as well.)

About a year and a half ago, I went to see the eye doctor for new glasses. I knew what was coming. Bifocals. Soon after all my friends turned 40, they got bifocals. I figured it would happen to me as well, especially since reading had become more challenging in recent weeks. So, it was no surprise when my eye doctor told me that I needed to be fitted for them. I decided to get progressives so I could hide my old eyes from everyone I would run across.

While needing bifocals (or, in my case progressives) was an expensive, albeit, necessary pain-in-the-you-know-what and symbol of my age, I didn't let it get me down. I knew it was a right-of-passage, almost akin to getting a driver's license at 16 or being able to drink (legally) at 21. When an adult turns 40, bifocals will soon follow.

So, when I went to my eye doctor for my appointment over a year later, I thought I might need an adjustment on my prescription. I hoped I wouldn't because I wanted to buy prescription sunglasses. There was no room in the budget for both sunglasses and regular glasses.

Being proactive, I had the doctor do an Optomap on my eye which gives the doctor a good picture of what is going on in my eye. I do this, mainly, because my family has a history of macular degeneration. Once the main exam was done, my doctor looked at the Optomap results. I could tell something got his attention, but wasn't sure what as I tried squinting at him. He still had my glasses, and I'm blind without them. Eventually (okay, maybe only two minutes later), he came back over and looked at my eyes again.

It was then that he handed me my glasses and let me look at the computer screen. He pointed to a spot on my eye and told me words I didn't expect to hear for at least another 20 years. "See this spot here? It is a posterior subcapsular cataract."

Stunned, I managed to stutter out, "A cataract? I'm too young for a cataract, right?"

The doctor told me that while it is uncommon for someone my age to have a cataract, it isn't unheard of. He told me that from now on I need to be better about coming to the office once a year, but if I start having problems before then, to call and make an appointment.

It took me a while to process that, at age 42, I have a crappy cataract. "What the hell?" I vented on Facebook, because I wanted other people to be as shocked as I was. I needed the support from others. Venting helped me feel better and not as alone, but within a couple of hours I got a text from my mother. She wanted to know what type of eye doctor I saw. I told her the doctor was an optometrist. She responded by telling me that I needed to make an appointment with an ophthalmologist.

To be clear, while I was concerned about the cataract, especially since the doctor told me the type I have is fast-moving, I figured my optometrist could handle it until he thought I needed more help. I was in no rush to contact anyone else. However, when my mom insists that I do something, more times than not, I do listen to her (whether I follow her advice is a bit questionable). With great reluctance, though, I followed my mom's advice and asked my primary doctor for a referral. What would it hurt? I would get a second opinion and know more about what to expect.

It didn't take long to get an appointment and went to the ophthalmologist a couple of weeks later. Midway into the appointment, I felt like a fake. The nurse kept asking what problems I was experiencing. Having not known I had the cataract before seeing the optometrist, I had no problems. She didn't like that answer, though, and kept pushing until I came up with an answer that satisfied her.

After the nurse was done examining and grilling me, the doctor came into the exam room. He seemed surprised to see me because I obviously didn't need surgery yet. However, he still had the nurse dilate my eyes so he could torture me further. I didn't realize my eyes would be dilated. As I waited for them to dilate, I worried about driving home by myself. A sunny day outside and dilated eyes are a nasty combination. 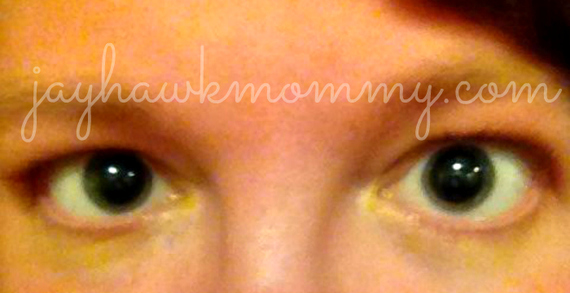 Finally, eyes fully dilated, the doctor examined my eyes and noted that the cataract, while present, was small. He told me that he thought the cataract could have developed after a major trauma I suffered 18 years ago. The cataract could have been there that long or been a more recent development. He had no way of knowing, but that it might not develop quickly; only time would tell. I was told that one of the first signs of progression would be a glare in my night vision. After scheduling another appointment in six months time, I headed home.

Now, I am a 43-year-old mom of two little ones (and one more on the way) who wears progressive lenses and has a cataract in my right eye. I did not expect to have a crappy cataract this young, but I'll make do. It just sucks being young with old eyes. 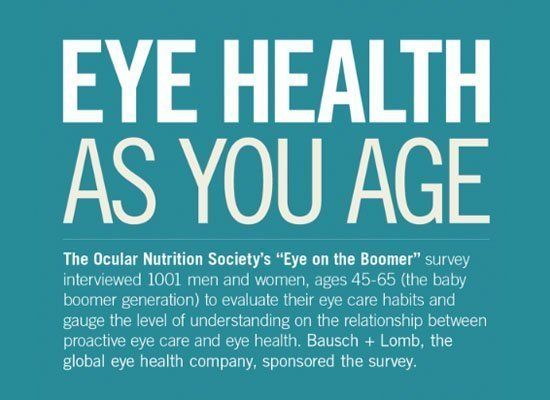