Sometimes it's hard for even the most empathetic of men to understand the level of street harassment most women face. So if you ever need to explain it to someone, this comic may come in handy.

Ursa Eyer, an artist based in New Orleans, was inspired to create a piece about catcalling after she had a particularly frustrating exchange with a male peer.

"I made this comic in response to a conversation with a young man I met at a party," Eyer told The Huffington Post in an email. "We ended up having the same conversation I've had a hundred times over, part of which includes the detriment of catcalling... I was inspired to illustrate my personal history of catcalling to show what it actually looks and feels like to someone who may have never experienced it before."

While some people may think catcalling is acceptable behavior (see: Fox News hosts, men's rights activists and Doree Lewak), the fact remains that men say some truly sickening things to women on the street.

The comic shows the types of unsolicited comments about their appearance women receive from strangers throughout their lives, starting from "she's so cute!" as young children and escalating to sexually suggestive and aggressive comments in adulthood.

"At a relatively young age we have to learn, often by ourselves, how to deal with really frustrating and sometimes scary situations," Eyer told HuffPost. "We deal with it so often that it just becomes a part of our daily lives. We don't even mention it, because it's the norm."

Check out her incredible comic below. 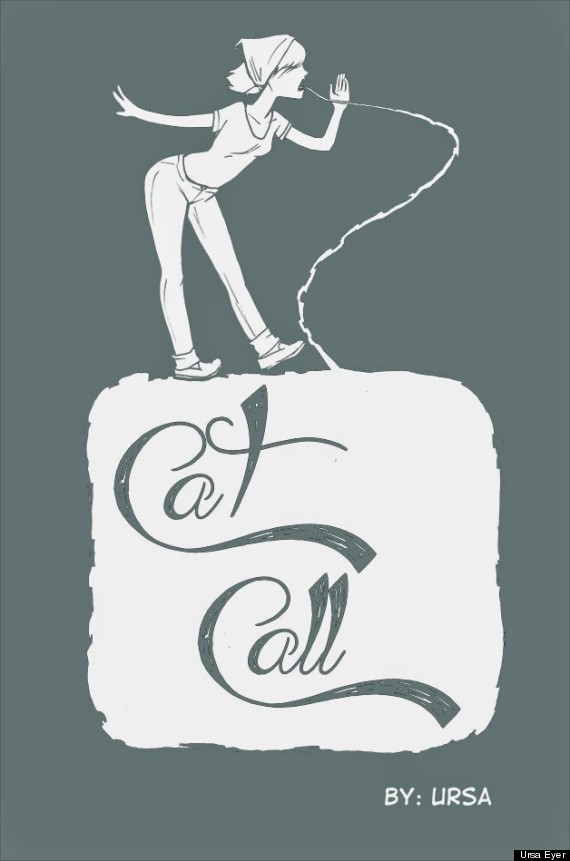 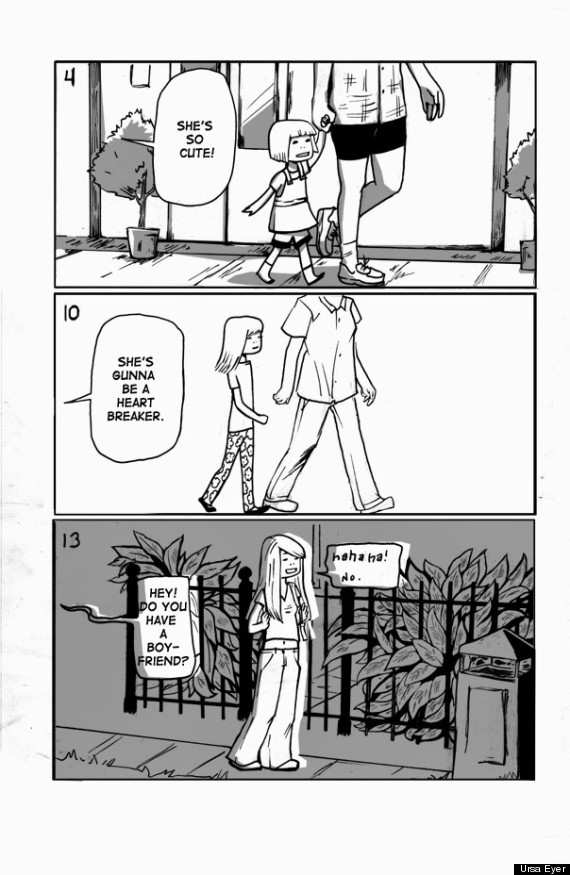 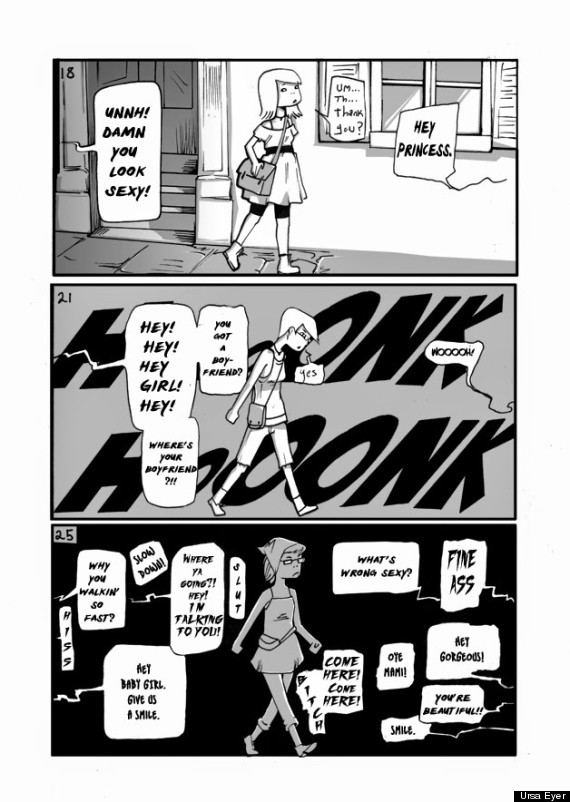 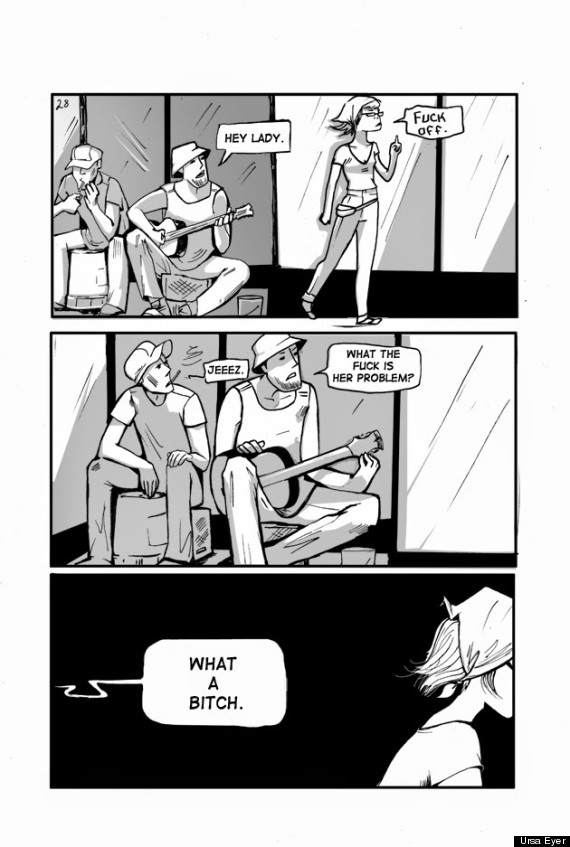