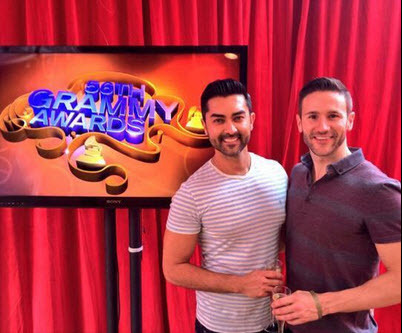 What's it like to get married at the Grammy Awards, have Madonna be your wedding singer, and become a media sensation for marriage equality? Find out from Yawar Charlie and Jason Miller.

They were one of 33 couples -- including same-sex couples -- who said "I do" in a mass wedding at the 2014 Grammy Awards. Queen Latifah officiated the ceremony, as the gay rights anthem "Same Love" was performed by Macklemore, Ryan Lewis and Mary Lambert, with a special appearance by Madonna.

Two months after the big event, I catch with up Yawar and Jason to hear about their experience from Grammy night and how their participation in the mass wedding helps speak up for gay rights, equality and love.