With "The Hunger Games: Catching Fire" set to debut in November, Lionsgate is ready to ramp up the anticipated sequel's promotion. Before the cast and crew descends on San Diego for this summer's annual Comic-Con festivities, fans can enjoy a series of new Quarter Quell posters, featuring some favorite District victors from past Hunger Games.

Here at HuffPost Entertainment, we're happy to co-debut "Catching Fire" Quarter Quell posters for Enobaria and Brutus (played by Meta Golding and Bruno Gunn), the two past Games winners from District 2, with sister site Moviefone. (You'll remember Enobaria because her teeth are shaped into pointed gold fangs.) Check out the posters below.

Enobaria and Brutus aren't the only two Games champions to have their own poster: Katniss and Peeta (over at Yahoo!), Johanna (at MSN), Finnick and Mags (at Empire), Wiress and Beetee (at MTV), and Gloss and Cashmere (at The Los Angeles Times Hero Complex blog), all received some striking new artwork. 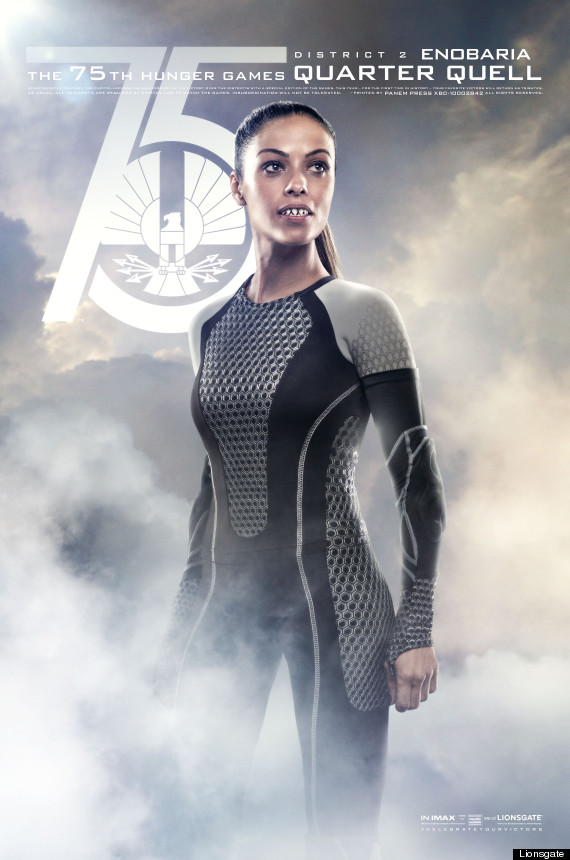 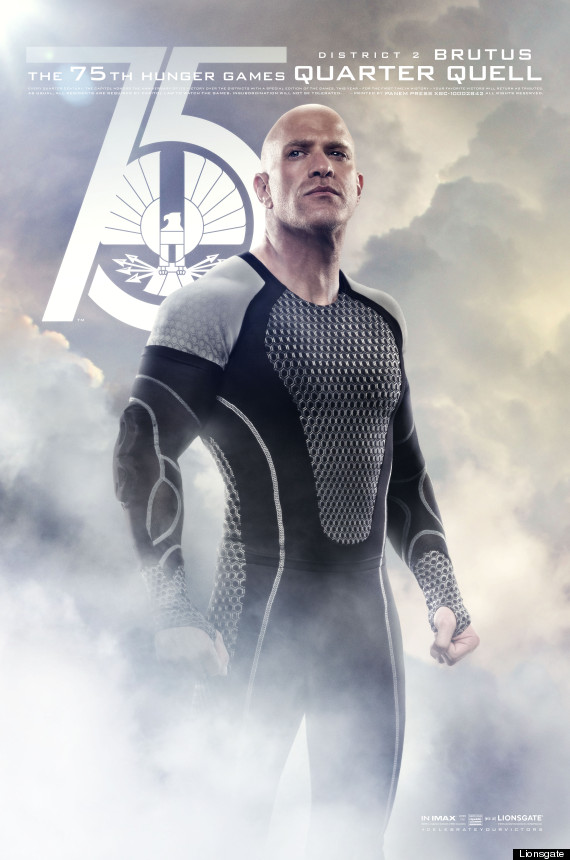