Cate Blanchett has never been one to go for the overtly sexy look. The actress usually opts for an androgynous pantsuit or an avant-garde gown for major premieres and events. And her subtly sexy look for the "Uncle Vanya" cast photo call in New York was no exception.

The geometric Givenchy dress that Cate wore yesterday perfectly skimmed her body, showing off her feminine shape but leaving plenty of room for the imagination. The bust featured a white and maroon angular pattern with an asymmetrical draped hem. Cate chose black satin heel-booties (they appear to fall somewhere between a pump and an ankle boot) to complete the look.

Aside from her usual unbeatable taste level, we can't get over how amazingly fresh-faced she looks. The 43-year-old actress has certainly earned her SK-II Global Brand Ambassador role -- her face looks flawless here. While we're huge fans of Cate's fashion risks, we're pretty sure she's not exactly a crowd-pleaser. What do you think of the "Uncle Vanya" star's unconventional outfit? 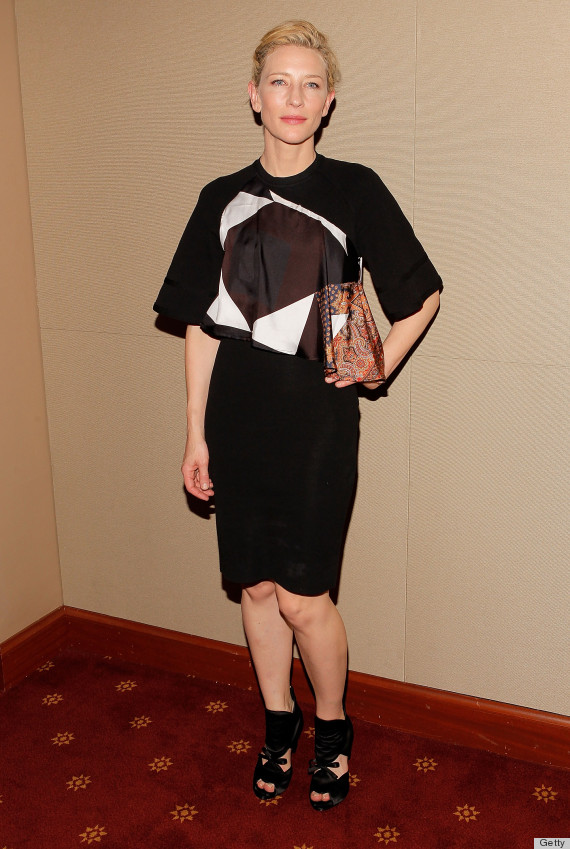 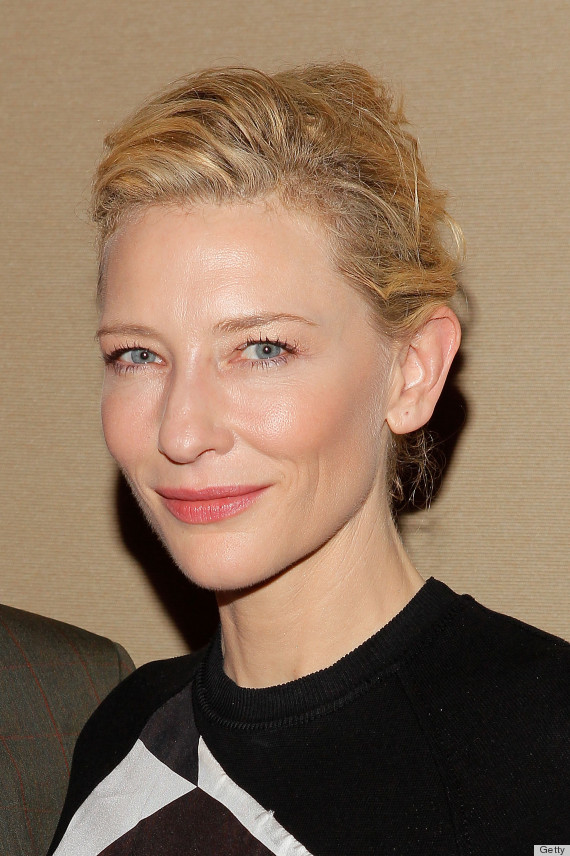