Recently, Target announced that they'd be doing away with gender-categorizations in their children's sections. This made a lot of people happy and a lot of people angry.

I am torn between being baffled by the anger and totally understanding it. Not because I agree with it (most of the angry people seem to think Target has a nefarious agenda, which: CUCKOO!) but because I get where those people are coming from, at least on one level: human beings love labels.

Labels are comforting. Nothing scares us like stuff we don't understand, and labels help us understand things.

My son is white. He is male. He is an American. He may be straight or gay, he may be religious or not, he may be liberal or conservative. But if I have my way, he'll be none of those things.

He'll just be a human being, like everyone else.

Our need for labels and categories starts early. We can hardly let a minute go by without putting someone in a box, whether it's based on race, age, lifestyle or religion.

Who my son becomes is far more important to me than what he becomes, or what he already is. I have a dream that the content of his character will outweigh the close-mindedness of his assigned categories.

I know the kind of person I want my son to mature into: one that's kind and patient and humble and hard-working and creative and ambitious and honest and brave. One who won't let whatever boxes he checks off on his college application define or limit who he is or who he can interact with. One that will resist the superficial, census-taker's description of a person and won't be afraid to get to know others beyond their demographic designations.

I don't yet know what, or really even who, my son will become.

Removing generalizations will allow me to teach my son the value of individuality, in himself and in others. Rather than focus on the broader aspects of his existence, the commonalities that are often used to put him in a box and, ironically, isolate him from other people, I'm going to focus on the specific traits that make him an individual.

So I won't emphasize to my son the fact that he's American. Or white. Or male. I'll raise him to be himself, and to see others as themselves. Not as their categories.

This is why I'm good with Target's recent decision to remove gender labels from their aisles. Whether we admit it or not, peer pressure influences kids early, and peer pressure comes in many forms, the strongest of which may well be our so-called societal norms, like gender roles. My own brothers were annoyed when we got Detective Munch a play kitchen, never mind the fact that my son loved it and still loves it. Why should I deprive him of something that makes him so happy just because it's "supposed to be" for girls? Forcing kids into pre-assigned boxes before they even know what boxes are is just stupid. Not to mention exactly the kind of thinking that propagates the intolerance so many of these angry shoppers are currently displaying towards the department store.

Why should kids be told, before they even have an opinion, that pink and long hair are for girls and blue and superheroes are for boys. What do they care? Let them like what they like.

The gender-assignations at department stores are for parents, who are worried about Caitlyn and gay marriage and Sodom and Gomorrah. I'm pretty secure in the fact that if my son falls in love with a man or feels uncomfortable in his skin, it won't be because the Frozen bedsheets weren't properly directed at little girls.

Society is going to herd them into their respective queues soon enough, why not let them roam unfettered for a while and see where it goes? Contrary to the naysayers belief that it will confuse kids, it seems more likely to me that it will broaden their minds. What good is trying to expose your children to as much of the world as possible if you immediately tell them that more than half of those parts aren't available because of mere biological and demographic circumstance?

Resisting the urge to tell my son what he is and what he's allowed to be will hopefully free him to be whatever he wants. And, in turn, will let him see others for whoever they are, as individuals, rather than as the circles they fill in with their number two pencils.

Target's new policy isn't going to stop adults from seeing the world they way they do, but it just might help kids see more of it. 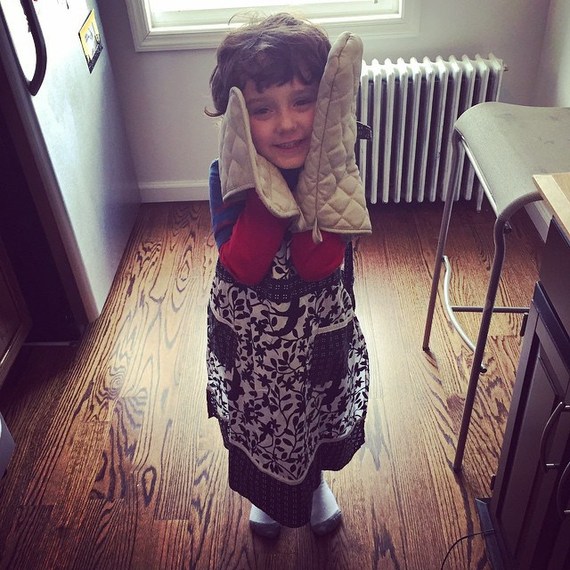 Voting Made Easy
Register to vote and apply for an absentee ballot today
Register now
More:
Parents
Newsletter Sign Up
Raise the kind of person you'd like to know
Subscribe to our parenting newsletter.
Successfully Subscribed!
Realness delivered to your inbox