When Cathy Hughes got pregnant at age 16, her friends said her life was over. Her mother kicked her out of the house. Hughes said she "was in shock."

But pregnancy "was the beginning," Hughes said. The birth of her son, Alfred Liggins, as "an impetus to achieve," Hughes told The Huffington Post. "It was the reason I took my life seriously for the first time as a teenager and made a promise to myself, my son and God that he would not become a black statistic."

Hughes did end up becoming a statistic: She started the largest African-American owned and operated broadcast company in the U.S. and became the first African-American woman to head a publicly traded company. Her Washington, D.C.-based Radio One has 53 radio stations in 16 urban markets, with projected 2012 revenues of $433 million. As CEO, Liggins has expanded Radio One into TV and online ventures.

Hughes' rise from teen mom to media mogul didn't come easily. Working her way up at the Howard University radio station in the 1970s, she had the opportunity in 1979 to buy a radio station with her husband. When they separated within a year, the business tumbled. She lost her home but refused to give up her company. She and her son slept on the floor of the radio station until she finally turned the business around.

HuffPost Small Business talked to Hughes about her passion for radio, growing up poor and what it was like to raise a child without a home.

How did your love of radio start?

When I was 8, my mother gave me a transistor radio for Christmas, and I became obsessed with radio. We were living in the projects in Omaha, Neb., six of us with one bathroom, and I would lock myself in the bathroom and use my toothbrush as a microphone, looking in the mirror, doing the commercials and news. People were always pounding on the door, telling me to get out, but I was preparing for my future life.

Did you believe that life was over after getting pregnant?

Everyone in my world thought I should have an abortion, and I just couldn't bring myself to do it. I couldn't penalize another human being with the mistake I made, even though I realized I didn't have the education and financial resources I needed. Having that baby forced me to put someone else ahead of my own selfish desires.

I became an entrepreneur because of him. One day, he had a fever and my employer said "if you walk out that door, don't come back." That's when I decided I needed to be in control of my professional environment so I could be there for my child.

What was the most important lesson you learned as a teen mom that translated to running a business?

Focus. An elderly woman who provided child care told me the secret to successful parenting was to keep your attention focused on your children. And one of the key characteristics of an effective manager is to not have your attention distracted from your employees, goals and objectives. You have to keep your eye on the prize, whether that's running a business or rearing a child.

How did you end up living on the floor of your radio station?

The radio station was a financial disaster for seven years. But I stayed focused on not losing my company, and that's why I moved into the station and did whatever it took. I was willing to let everything go except my son and my business, in that order.

Did you ever think about giving up while sleeping on the floor?

Never, never, never. I was determined that my son and I would build a successful business. I'd tell lenders, "Do you think I'm going to let this fail when I'm sleeping in a sleeping bag, washing up in a public bathroom? I'm giving it my all."

What was it like raising a son while living in the radio station?

I never saw him as deprived. He graduated from the best high school in D.C., went to UCLA and participated in all the things regular kids do. It wasn't until I was about 55, when someone said to me "you were homeless," that it hit me. I was down to 14 employees running a 24/7 business. I was glad we were in the radio station, because sometimes in middle of the night I'd have to get up and do something.

What was the turnaround?

At year 7, my accountant sent me the monthly financial statement, and I said "you forgot to put the brackets in red ink." I was so focused, I didn't know I was coming out of the hole.

What has building the company with your son meant to you?

It was my son's idea to diversify. When he got his MBA from Wharton, he said, "We're not going to be a mom and son operation anymore. We're going public." This all started from being a family, and even as a public corporation, we operate as a family business. Too much of American industry is focused on the bottom line and not enough is focused on the front lines.

Cathy Hughes, Radio One: From Teen Mom To Media Mogul
Catherine Hughes, Founder of Radio One 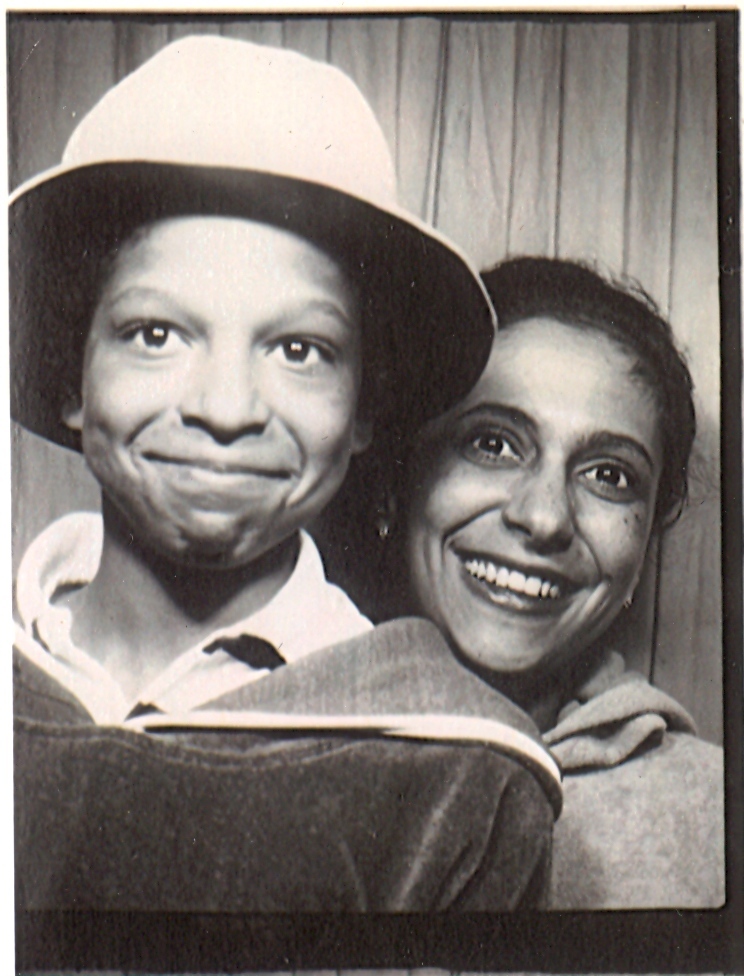 1 / 5
Mother and Son
"I realized I didn't have the education and financial resources I needed, and my child was on the path of becoming a black statistic," Hughes said, "and I refused to let that happen."
Radio One