Hillary Clinton is carrying out the work of Satan and Catholics who vote Democrat are going to hell. That’s the message of a recent bulletin at a San Diego Catholic church.

“It is a mortal sin to vote Democrat,” a flyer distributed at the Immaculate Conception Catholic Church in Old Town read, according to the San Diego Union-Tribune. “Immediately after death the souls of those who die in a state of mortal sin descend into hell.”

The Oct. 16 flyer, called “Voters Guide for Serious Catholics,” was written in English and Spanish and tucked into the weekly bulletin given out at the church, which also serves as a polling place.

The flyer listed five Democratic policy positions at odds with church teachings.   Two weeks later, a second flyer mentioned Clinton by name and claimed she was under the influence of Satan.

Immaculate Conception’s pastor, Father Richard Perozich, admitted to the New York Daily News that he told churchgoers they will go to hell if they vote Democrat. However, he also said the flyer was written by an outside group, wasn’t reviewed by him and “went a little beyond” the approved message.

“The fact that somebody took this and then made it public took it out of context,” Perozich was quoted as saying. “I would never tell anyone to ‘vote this’ or ‘vote that.”

By law, Perozich is forbidden from supporting candidates in church or church-provided materials or the organization could lose its tax-exempt status under IRS rules.

Perozich has made headlines for his politics before, including in 2009 when he claimed that “abominations” would be forced on America by President Barack Obama.

Robert McElroy, the Roman Catholic bishop of San Diego, told the local NBC station that the church had a “moral role” in explaining how Catholic teachings related to public policy issues. However, “we must not and will not endorse specific candidates, use parish media or bulletins to favor candidates or parties through veiled language about selectively chosen issues or engage in partisan political activity of any kind.”

A church spokesman also told the Union Tribune that “it’s not a mortal sin to vote for Democrats.”

Although Pope Francis has not indicated to Catholics how they should vote, he has been openly critical of Donald Trump, saying anyone who wanted to build walls was “not a Christian.”

Last month, the pontiff’s advice to the faithful was to “study the proposals well, pray and choose in conscience.” He did not indicate that voting one way or another could be considered a sin, mortal or otherwise.

Only one Catholic has been elected president in the United States: John F. Kennedy ― a Democrat.

Polls of Catholics have been mixed, with one recent poll showing Clinton with a 51-40 lead over Trump. Another poll of Catholics showed Trump with the edge by 20 points. 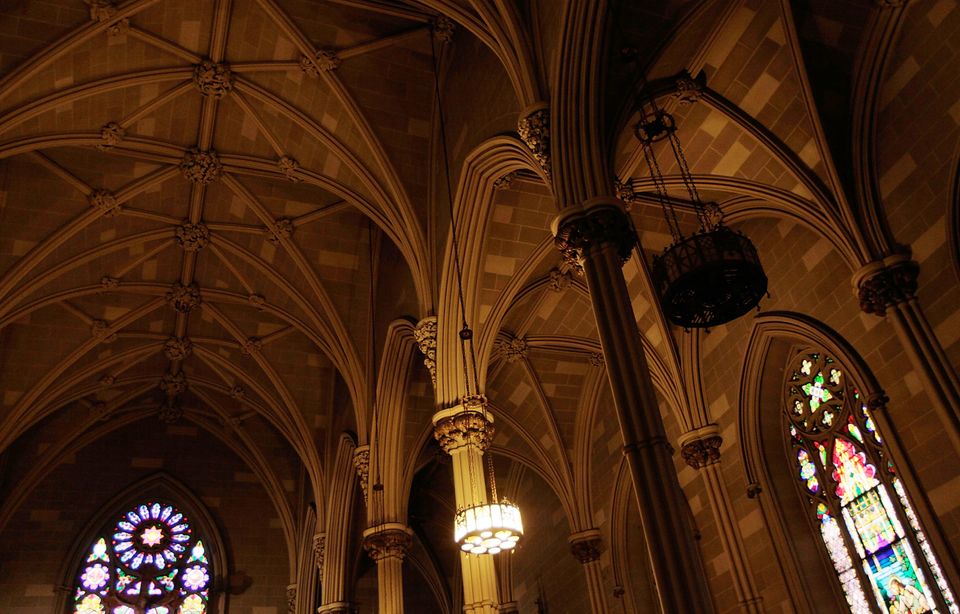