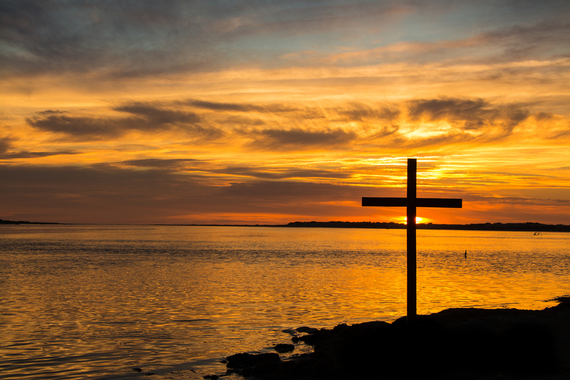 Archbishop Marcelo Sanchez Sorondo, chancellor of the Pontifical Academy of Sciences and Social Sciences, says his marching orders come from the very top of the Catholic Church.

"The Holy Father said: Marcelo, I want you to study this topic carefully so that we know what to do."

As part of its response to that mandate from Pope Francis, the church has launched a special mission to investigate how to confront and overcome modern slavery on the high seas. Last week, I had the honor and privilege of participating in the inaugural meeting of the Advisory Group on Slavery in the Maritime Industry, held in Rome. The panel has been organized by the U.S. Conference of Catholic Bishops, with the support of the U.S. State Department Office to Monitor and Combat Trafficking in Persons (J/TIP).

Father Chiarello stressed the need to change the circumstances of the world's 1.2 million seafarers, conditions that lead to systematic exploitation, including slavery at sea.

The Associated Press, the New York Times and other news organizations have documented the magnitude of slavery and other abuses on fishing and cargo vessels.

Seafarers are largely drawn from impoverished communities in developing nations, are usually young and lack formal education, according to information presented to our meeting. This makes them ripe for exploitation, which may include short staffing of vessels, physical abuse and violence, illegal retention of pay, restraints on physical movement and refusal to permit disembarkation.

I was shown one example of a contract that, among many other onerous conditions, stated that the company would retain most of the sailor's pay until the end of the two year contract and that the pay would be forfeited if the sailor left before the end of contract period for any reason, including illness. The contract also included a clause that "continuous seasickness will not be tolerated." Debt bondage as a result of an array of fees charged by a labor recruiter and/or vessel owner is common.

Jurisdictional issues compound the situation. While the government under whose flag the vessel is registered is nominally responsible for ensuring the ship operates legally, many, if not most ships are registered under flags of convenience. This means there is virtually no chance that the country of record will enforce any laws. Under international law, source countries, port-of-call countries and countries receiving slave-made goods can act against offending vessels; however, this very rarely happens in practice.

The Catholic Church has a longstanding and extensive infrastructure dedicated to ministering to the needs of seafarers. Under the Apostleship of the Sea, the church supports a global network of chaplains and seafarer centers that provide pastoral and material aid to mariners.

Catholic clergy have widespread access to vessels and seafarers via chaplains and the Stella Maris centers, which gives them unique insights into the pathways and means of exploitation. Different elements of the church are working on different aspects of the problem, including identifying and attending to trafficking victims, prevention in the source communities, collaboration with authorities to hold perpetrators accountable, advocacy with governments and multilateral institutions, research on human trafficking and building partnerships with entities outside the church. This includes looking at the intersection with other arenas of church action, especially migration and refugees. 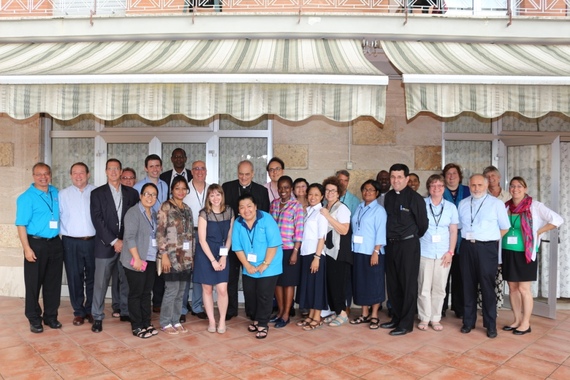 Our advisory group defined four arenas for future action: advocacy, identification and liberation of victims, prevention and empowerment of those at risk, and services for survivors.

A representative from the U.N. International Labor Organization spoke to the pertinent international conventions that authorize action, and the opportunities and obstacles to their implementation, as well as describing an array of good practices that can be deployed to address slavery at sea. A J/TIP office representative described its pertinent goals and activities. The U.S. Department of Homeland Security addressed the implications of a recent change in legislation that empowers DHS to seize slave-made goods. The representative of the National Fisheries Institute, which represents the US seafood industry described both the complexity and diversity of seafood supply chains and industry efforts to eradicate slavery in the fishing sector.

Other members of the advisory group consist of Catholic religious orders that minister to seafarers and Catholic organizations and institutions that minister to groups highly vulnerable to trafficking, notably migrants and refugees. The 32 members of the group come from many countries, including Thailand, Philippines, Sri Lanka, Malaysia, India, Brazil, Costa Rica, the United Kingdom and the United States.

It was inspiring to be with an incredibly dedicated and capable group that is mobilizing against the heinous exploitation of those who sail on the vessels that bring the rest of us food and goods. Free the Slaves cherishes its relationship with faith communities that are at the forefront of the fight against modern slavery. In that spirit, we look forward to continuing our collaboration with the advisory group.

"It is impossible to remain indifferent to people who are treated as merchandise." -- Pope Francis