When Pope Francis releases his much-anticipated encyclical on the environment this week, he will find a largely receptive audience among American Catholics. Very few will have ever heard their own religious leaders speak about climate change before.

In a recent HuffPost/YouGov poll, 84 percent of U.S. Catholics -- and equal percentages of Protestants and agnostics/atheists -- said humans have a “moral duty to protect the environment.” Overall, 82 percent of Americans agreed. 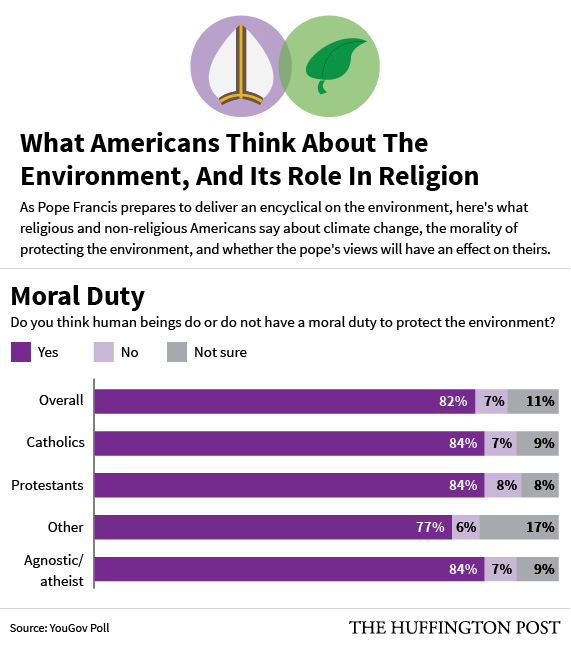 But only 18 percent of Catholics in the YouGov poll said they had ever heard one of their own religious leaders speak about climate change. Just 20 percent of white Catholics said they had, compared to 70 percent of Hispanic Catholics, according to a recent study by the Public Religion Research Institute. 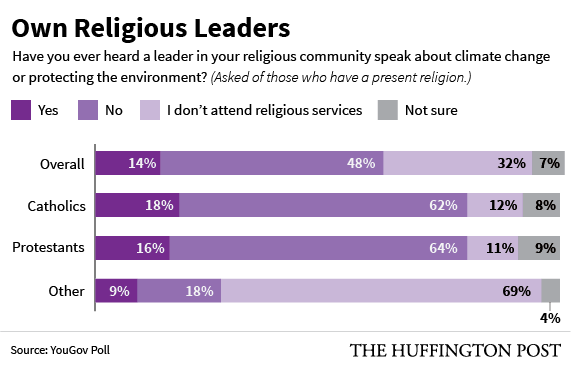 Even with the papal letter on the horizon, more than one-third of Catholics think religious leaders should avoid taking a stand on climate change, the YouGov poll found. 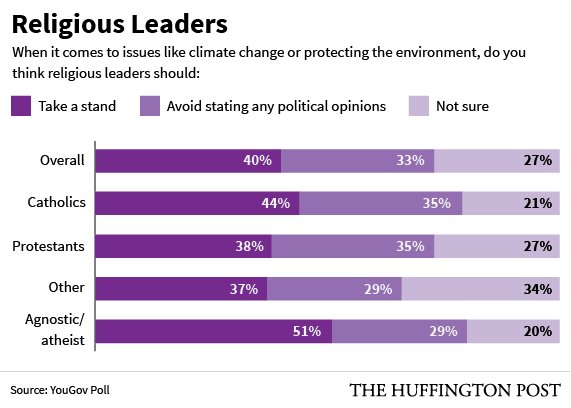 Pope Francis has repeatedly touched on the need to protect the environment and is expected to deliver the same message in this summer’s papal letter, which has been in the works for over a year.

In July 2014, the pope spoke about the exploitation of Earth for agricultural purposes during an address at the University of Molise in Italy. “This is one of the greatest challenges of our time: to convert ourselves to a type of development that knows how to respect creation,” he said. 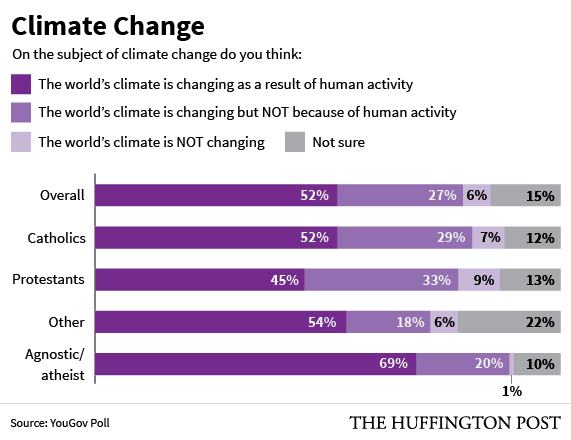 As to the causes of climate change, just 52 percent of the general population and an equal share of Catholics said it was caused by humans, according to the YouGov survey. But 43 percent of Catholics said they would be more likely to “take environmentally-friendly actions like recycling and saving water” because of the pope’s encyclical. And 33 percent of British Catholics said essentially the same in a recent study conducted by Catholic aid agency Cafod. 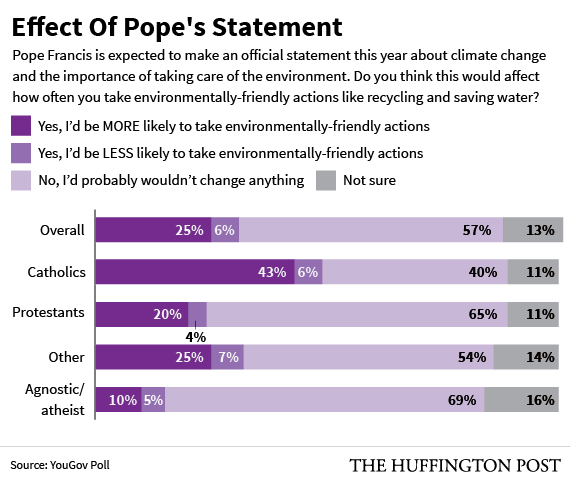 Perhaps not surprisingly, the general American public was less likely to be influenced by the pope: Only 25 percent said they would act in more environmentally friendly ways after a papal encyclical.

Still, many have high expectations for the encyclical, as well as the pope’s upcoming address to the United Nations in September, said Neil Thorns, director of advocacy at Cafod. In an article for The Guardian, Thorns wrote:

“The Catholic community everywhere will be called upon to reflect not just on whether our lifestyles are promoting care for creation, but whether our social, political and economic choices truly promote the interests of the poorest among us.”

The HuffPost/YouGov poll consisted of 1,000 completed interviews conducted May 22-27 among U.S. adults using a sample selected from YouGov's opt-in online panel to match the demographics and other characteristics of the adult U.S. population. 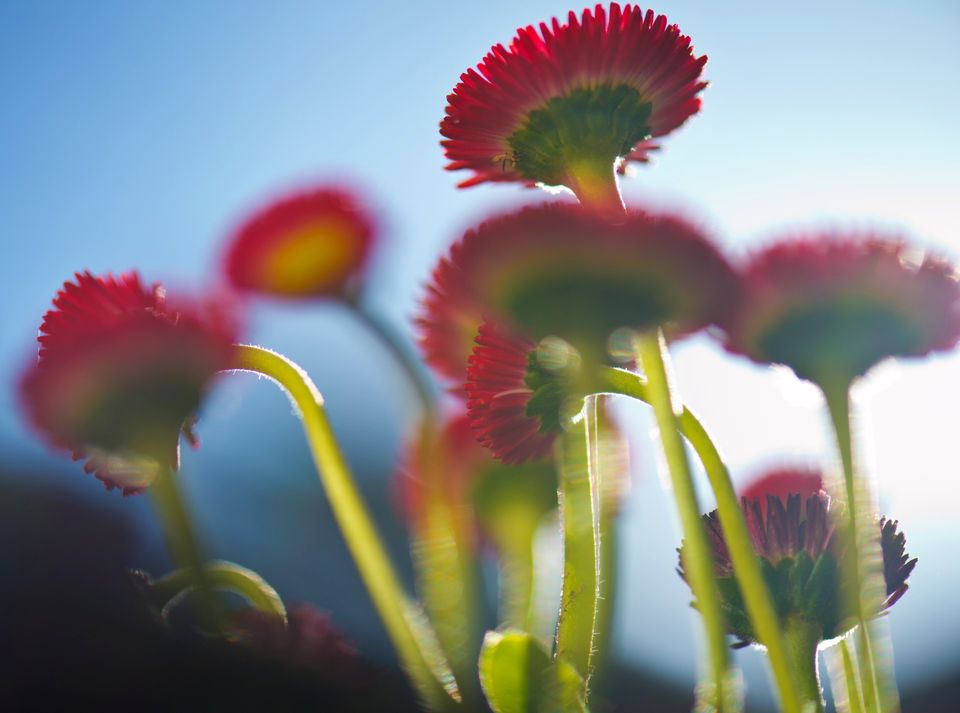 1 / 11
Lord, help us to maintain a reverent attitude towards nature, threatened from all sides today, in such a way that we may restore it completely to the condition of brother/sister and to its role of usefulness to all humankind for the glory of God the Creator. -- <a href="http://www.praying-nature.com/site_pages.php?section=Eco-Prayers" target="_blank">Franciscan prayer</a>
Arno Burgi via Getty Images