Alas, the economic fallout from a digital revolution that placed purchasing power into music consumers' hands, and, conversely, fueled a piracy bonanza, has come full circle: the record labels want AM/FM radio to belly-up for those beats.

This notion of AM/FM radio stations paying for music is a complete reversal of how the industry has always worked. The old business model was this: The artist is commissioned to create music for the record label. The record label delivers the music to the radio stations, requesting airplay. The radio station plays the music, earning its revenue from a stream of advertisers that market to its niche listening audience; ratings determine how large that listening audience is, and how much money the stations can charge for advertising.

As it stands now, Internet and satellite radio make payments to SoundExchange, a non-profit organization set up to collect performance royalties, and funnel that money to record labels and artists, if the music rights can be identified. With the introduction of H.R. 848, The Performance Rights Act, the pressure is on for AM/FM radio to pay to play songs as well.

The lovely Dionne Warwick says Cathy Hughes needs to stop ripping off black artists and pay up. (By the way, if the bill passes, Hughes will have to fork over about $14 million a year.) 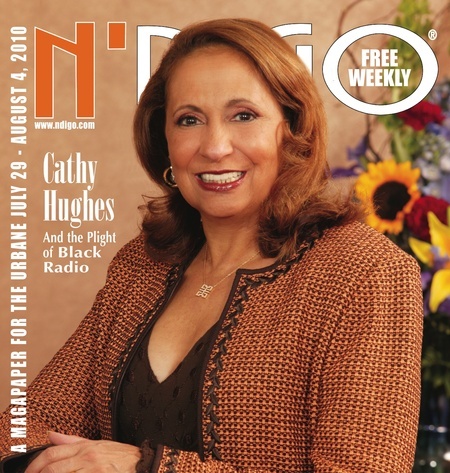 In our phone interview for N'Digo, the lovely Cathy Hughes, Founder and Chairperson of Radio One, says oh, hell-to-the-nawl. Radio shouldn't pay up. And Dionne Warwick is raising hell because she's on the record labels' payroll:

Lady Hughes also questions the legitimacy of Lady Warwick's role as an 'artist/activist' on the issue.

But let me say this, I ain't mad at her, and the reason why is because the record industry, SoundExchange and musicFIRST--according to a source at the White House--they have already spent about $28 million to get this legislation passed. Dionne and them are on the payroll. They are getting like, $200,000-300,000 paychecks, flying on corporate jets, being put up in suites at the hotel. They are getting paid, they are professional lobbyists on this issue.

They're saying, "Oh, I'm an artist," and that is true, but you're also getting a paycheck from the record companies to come out here and say this shit. I'm not mad because this girl doesn't have any other way to make this type of money, other than doing this. So I understand what's causing this and she ain't the problem.

Debate aside, the future of black radio is at stake, industry folks say.
There are more than 11,400 commercial radio stations in America; of those, 240 are black-owned; of the 240 black-owned stations, 54 of them are Radio One properties.

Passing H.R. 848, The Performance Rights Act, into law could very well signal the end of black-owned radio in several markets. David Honig, executive director of the Minority Media and Telecommunications Council, has warned that the bill would put "at least a third" of minority stations out of business.

What do you think? Should radio pay the record labels to play music?