Across the U.S., there are an estimated 50,000 species that are non-native to their environments, 4,300 of which are considered "invasive" by the U.S. Fish and Wildlife Service. In the Great Lakes region alone, there are more than 180 exotic aquatic organisms of all types that have become established, including plants, fish, algae and mollusks. Many of these species have had significant impacts on the environmental and economic health of the region. Still others, like Asian carp are under surveillance for their potentially devastating effects upon the Great Lakes. Outside of the aquatic world, however, there is an unfortunate abundance of terrestrial species that wreak havoc on native animal and plant populations. One species that might come as a surprise to some is free-ranging domestic cats (Felis catus), either as house pets allowed to roam free or feral individuals.

The domestic cat is often a beloved pet, but it's also a major threat to native amphibians, reptiles, birds and small mammals, many of which are endangered. Brought to the United States with European colonists, the number of domestic cats has tripled in the past 40 years. Today, more than 100 million feral and outdoor cats function as an invasive species with enormous impacts - even well-fed cats will hunt and kill. Indeed, domestic cats kill billions of animals each year in the United States. In addition to killing birds directly, the presence of cats outdoors is enough to cause significant impacts. Because cats are recognizable predators, their presence near nesting birds can reduce the health of chicks and decrease nest success. It should not be surprising, therefore, to find that domestic cats are listed among the 100 worst invasive species in the world.

On islands across the globe, free-ranging cats have caused or contributed to 33 (14%) of the modern bird, mammal and reptile extinctions recorded by the International Union for Conservation of Nature (IUCN) Red List. This resonates with me personally because I conduct research with a group of endangered iguanas from The Bahamas and Caribbean that are impacted negatively by non-native mammals, including cats. My research focuses on better understanding how negative external factors impact iguana populations and designing conservation strategies to prevent further population decline. Unfortunately, free-ranging cats and dogs are known to decimate native iguana populations on islands in the region by killing hatchlings and adults, respectively. In The Bahamas, while conducting research on iguanas deep in the interior of Andros Island and dozens of miles from any human settlement, I have stumbled upon cats and kittens. Although I am amazed and respect their ability to survive under extreme conditions, these sightings are sobering because they underscore the challenge of controlling free-ranging cat populations as I witness first-hand how they eat native wildlife and contribute to their decline. 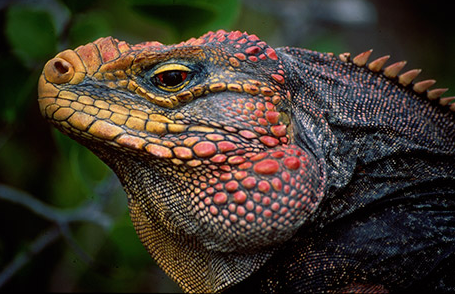 Addressing the issue of free-ranging cats is also challenging because of the often divergent attitudes towards cats between conservationists and cat owners. Cat owners in general disagree that their cats are harmful to wildlife and are unlikely to favor management that restricts cat freedoms or is detrimental to their welfare. There are, however, simple solutions to help protect native wildlife from cats as outlined in the American Bird Conservancy's Cats Indoors Program. The best way to help protect birds and other wildlife is to keep cats indoors. You can also consider neutering or spaying your cat to prevent unintended pregnancies. Should your cat reproduce and you do not have the capacity to care for the kittens, adopt out the cats or bring them to your local humane society instead of releasing them into the wild.

Cats make great pets and deserve our respect and love. Let's knock them off the 100 worst invasive species list by advocating for, and implementing easy strategies to reduce their impact on native animals.