Arriving in the Republic of Georgia for the first time, I was greeted warmly, "America! Welcome! You are always welcome in Georgia!" One night later, I was on an overnight train from Batumi to the capital, Tbilisi, drinking cognac with three Georgians and toasting to International Women's Day. Before the ride was over, I would be invited to stay at the home of one man's mother-in-law when I reached the city of Telavi. This was just a taste of the hospitality I would experience as I traveled through the Caucasus - Georgia, Armenia and Azerbaijan - one of the most beautiful, intriguing and welcoming regions I have ever visited. 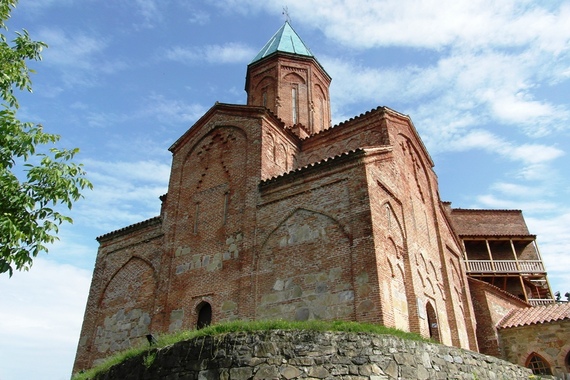 While geography often groups these countries together, they certainly have their differences. Georgia and Armenia are ancient Christian nations with a strong history of religion that remains evident today. Armenia was the first country to adopt Christianity as its state religion back in the 4th century and Georgia followed just thirty years later. Centuries-old monasteries and churches dot Armenia's landscape, with highlights including the Khor Virap, Geghard, Noravank and Tatev monasteries, as well as the world's longest cable car, which takes visitors 5.7 kilometers across the Vorotan Gorge in the southern part of the country. In Georgia, you will find more ancient monasteries and churches, including the fascinating cave monasteries at Davit Gareja near the border with Azerbaijan. Georgia also has a long history of wine-making (dating back to the 6th century B.C.!), as well as a developing resort city in Batumi on the Black Sea coast and a variety of hiking opportunities in the mountain regions of Svaneti and Kazbegi. 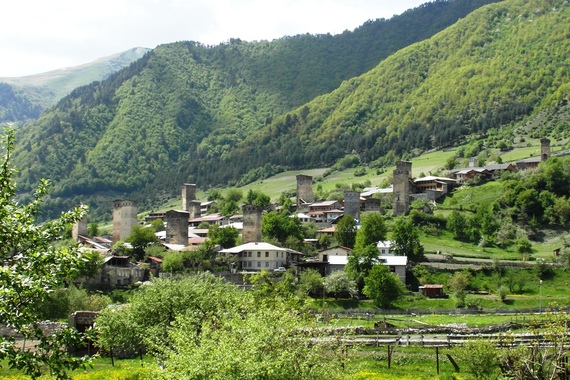 Azerbaijan, on the other hand, is a primarily Muslim country with a few ruined churches scattered throughout the country. Not far from the capital, Baku, are petroglyphs, quirky mud volcanoes, a so-called fire temple and the James Bond Oil Field (featured in the opening scenes of The World is Not Enough). In Baku itself, visitors can wander the streets of the walled old town before exploring the more modern city that has developed in the last few years. For me, the greatest attractions in Azerbaijan, though, were the mountains and small villages in the northern and northwestern parts of the country, particularly Lahic, well-known for its copper works.

Georgia has made it a priority to market itself as a tourist destination, an investment that is reflected in shiny new border control stations, tourist information offices and newly paved roads up to mountain villages. Whereas a few years ago a trip to the region of Svaneti would require an overnight train ride from Tbilisi followed by a six hour drive up perilous mountain roads, the construction of a new, paved road has cut the time down to three hours. While Armenia lags slightly behind in tourist infrastructure, most of the major attractions are easy day trips from the capital, Yerevan, and local tour company Hyurservice runs multiple tours every day costing as little as $15. I took two of their day trips and thought they provided great value. 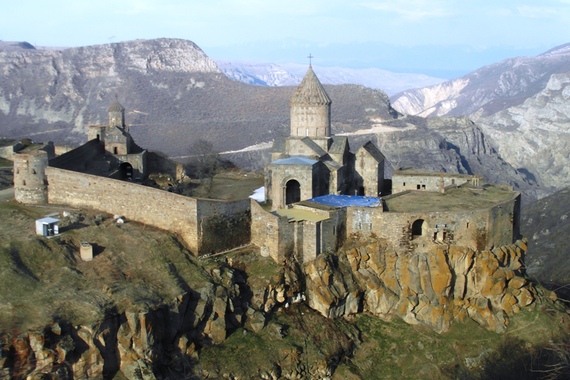 Although Azerbaijan made a concerted effort to welcome tourists to Baku for the recent Eurovision 2012 finals, it seems to have ignored the rest of the country. Paved roads are few and far between in some areas and accommodation options can be lacking. Luckily, Community Based Tourism Azerbaijan, an organization founded by former Peace Corps volunteers, has stepped in to fill some of the void, providing a great network of homestays and helpful information for tourists traveling outside of Baku.

Georgia is probably the easiest of the three countries to visit as Americans (and most other Westerners) can visit visa-free for up to a year. Visiting Armenia means obtaining a visa on arrival, which costs as little as $8 for a 21-day tourist visa. On the other hand, Azerbaijan still clings to a Soviet-like visa regime, requiring a letter of invitation and a steep $140 fee for Americans and other Westerners. It's important to note that the borders between Azerbaijan and Armenia are closed and if you have visited the disputed territory of Nagorno-Karabakh from Armenia, you will be denied entry into Azerbaijan. As it is, simply having an Armenian visa in your passport may lead to extra scrutiny when entering Azerbaijan - it certainly did for me! 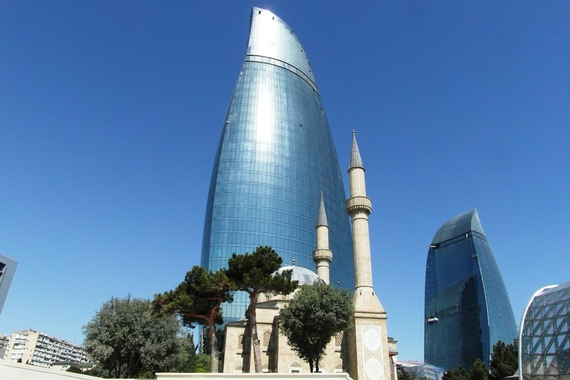 Georgia, Armenia and Azerbaijan seem to be well-kept secrets from many Western travelers; in the two months I spent in the region, I met few other tourists and just a handful who were traveling independently. With a fascinating history, a plethora of attractions and relatively low prices, the region shouldn't stay a secret for long. If you are looking for something different in your travels in 2014, the Caucasus is the place to find it.