The symptom: There’s a rash developing around your waist

What your skin is saying: You rash could be due to a nickel allergy, courtesy of the rivets on the inside of your jeans. Nickel allergy is one of the most common causes of allergic skin reactions, and something Marie Jhin, MD, a board certified dermatologist in San Francisco, sees frequently. (One study in Contact Dermatitis estimated that roughly 8.6 percent of people worldwide are allergic to it.) Other spots you might notice it: anywhere you wear jewelry, which could mean that the new necklace or bracelet you thought was 18-karat or 24-karat yellow gold could actually be 10 or 12-karat (the fewer the karats, the more likely it is that the piece contains nickel).

What to do: Nickel rashes usually develop within 12 to 48 hours of exposure and it can take 2 to 3 weeks for it to resolve, says Whitney Bowe, MD, board certified dermatologist and clinical assistant professor of dermatology at Mt. Sinai Medical Center in New York. An over-the-counter cortisone cream can help speed up the healing process.

The symptom: Your armpit looks a little rash-y

What your skin is saying: Underarms are a likely spot for textile or dye allergies to pop up, since the fabric makes contact with the skin there every time you move your arm. Blue dyes known as “disperse” blue are common culprits, says Bowe.
What to do: First, you need to do some detective work to make sure your clothes are really the cause. Make a list of anything new that’s come into contact with your skin within the last two weeks, because reactions from textiles and dyes aren’t immediate—they take time to develop. If a particular item of clothing is the obvious offender, cut off the label, toss the garment, show the label to your dermatologist and ask about doing a patch test to figure out what exactly you were allergic to in the garment so you know what to avoid next time you go shopping.

The symptom: You’re noticing some yellowish bumps popping up

What your skin is saying: These fatty buildups under the skin, which appear yellow or orange (the size can vary a lot, from a few millimeters to a few inches) and are soft to the touch, are called xanthomas, and they can signal too-high lipid or cholesterol levels in your blood, says Jhin. They can develop anywhere on the body, but the most common spots are joints, tendons, hands, feet, and bottom. Xanthomas on the eyelid however, aren’t necessarily linked to lipid or cholesterol status.

What to do: A blood test can confirm or rule out high lipids or cholesterol as a cause. If your levels are in the unhealthy range, getting them under control can reduce the xanthomas. A dermatologist can also remove them for you, though there’s no guarantee they won’t come back.

The symptom: You’ve got serious itching, burning sensations, and blisters

What your skin is saying: You could have celiac disease, which affects up to 1 in 141 Americans, according to a 2012 study in the American Journal of Gastroenterology. This particular symptom, called dermatitis herpetiformis, affects 15 to 25 percent of people with celiac and typically comes without the hallmark digestive troubles of the autoimmune disorder. You’d get intensely itchy rashes on both sides of the body, usually on the elbows, knees, behind, back, and back of the neck. It typically starts up between the ages of 30 and 40, affects slightly more men than women, and is more common among people of Northern European ancestry.
What to do: DH can be confused with eczema; the recommended way to diagnose it is with a skin biopsy and a test for the antibody that triggers the rash. If it turns out to be DH, your doctor will advise you to follow a gluten-free diet and give you a prescription for a topical cream.

The symptom: Your scalp is a scaly, flaky mess

What your skin is saying: If the skin also looks red and irritated, or seems to be swollen and greasy, don’t dismiss this as run-of-the-mill dandruff. It could be seborrheic dermatitis, a condition that mainly affects your scalp, causing red skin, scaly patches, and dandruff (it can also appear on the face, upper chest, and back). It could mean that you’re under major stress, suggests a 2007 study. And there’s research linking it to serious conditions like depression. (A 2012 study in Neurology even linked it to a higher risk of developing Parkinson’s.)

What to do: Seborrheic dermatitis can be look similar to psoriasis, eczema or a skin allergy, so to diagnose the cause, your dermatologist will need to take a thorough history and proceed from there. There are a variety of treatments (starting with dandruff shampoos that just target the flakes and progressing to Rx-strength ointments and antifungal medications -- sometimes a combination of treatments is needed) they can recommend.

The symptom: There’s a strange rash across your face, and your skin has been really sensitive to sunlight lately

What your skin is saying: A butterfly rash (which spreads from one cheek to the other across the nose) is a telltale sign of lupus, which affects 1.5 million Americans and is far more common in women than in men (90 percent of cases happen in women between the ages of 15 and 45). About half of all lupus patients get the rash, either spontaneously or after they’ve spent time in the sun. (Lupus patients are also more sun-sensitive than the average person, and it can make symptoms worse or trigger their appearance in the first place.)
What to do: Lupus is often mistaken for rosacea, but if your dermatologist suspects lupus, they’ll order a blood test (called an ANA test) to confirm.

The symptom: You moisturize like crazy but your dry, red, itchy skin won’t go away

What your skin is saying: Time to rethink your products, especially if the warm weather is long gone and you’re still scraping the bottom of your summer moisturizer bottle. Humidity in winter is lower than in hot months, and because there’s less moisture in the air for your skin to come in contact with, you need heavier duty products, says Bowe.
What to do: Swap out lightweight lotions or gels for creams and oils, as they tend be more hydrating.

What your skin is saying: It’s rare, but itch without redness can be a sign of neurological problem like Multiple Sclerosis—"[It's] uncommon but not impossible," says Mike Bowley, MD, a neurologist at Massachusetts General Hospital. The itch comes on in brief but intense periods, and according to the National MS Society, topical corticosteroids don’t help. But it’s important to remember that if this kind of itching is due to MS, then it is unlikely to be your only symptom, so if you’re also experiencing numbness or a change in sensitivity (which could go either way—either non-painful stimuli can make you shriek or you don’t even notice a pinprick), then it’s something your doctor might consider.
What to do: If antihistamines don’t fix the itch, your doctor will go through a thorough history to check for other signs that something is neurologically amiss.

Correction: An earlier version of this story stated that a having a nickel rash in a spot where you normally wear a piece of gold jewelry could mean that the piece isn't real gold. Nickel can be found in lower-karat gold jewelry but is generally not found in 18-karat and above.

PHOTO GALLERY
Worst Foods For Your Skin
Download
Calling all HuffPost superfans!
Sign up for membership to become a founding member and help shape HuffPost's next chapter
Join HuffPost

What Your Bumps, Rashes And Itchy Spots Are Trying To Tell You
Worst Foods For Your Skin 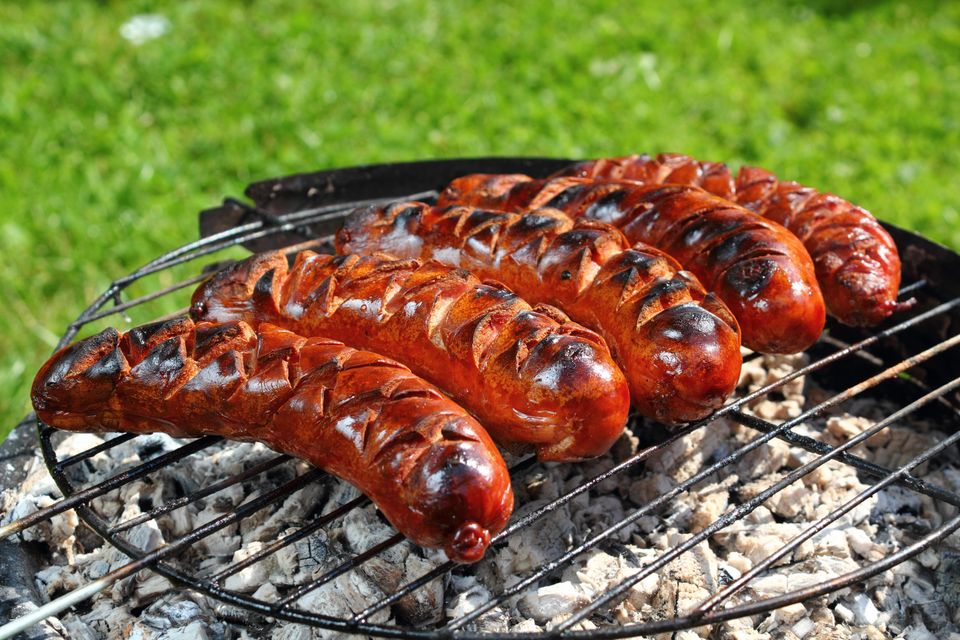 1 / 4
The Skin Saboteur Hiding In Plain Sight At Every Backyard BBQ
Heating meat at high temperatures produces a chemical reaction between the fat and protein that results in compounds called "<a href="http://circ.ahajournals.org/content/114/6/597.full" target="_blank">advanced glycation end products</a>" (AGES). These AGES are aptly named, says Dattner, because they're linked to oxidative stress and inflammation that can make your skin look ruddier, duller and more wrinkled -- older, in general. (<a href="http://www.ncbi.nlm.nih.gov/pmc/articles/PMC3704564/" target="_blank">AGES can also increase your risk of diabetes and cardiovascular disease.</a>) These compounds are found in French fries, potato chips, deep-fried chicken and other foods that have been cooked in oil at extremely high temperatures. What's more, Dattner says, is that <a href="http://www.plosone.org/article/info%3Adoi%2F10.1371%2Fjournal.pone.0075003" target="_blank">AGES can interact with UV rays and wreak havoc on the skin</a>. <strong>Try this:</strong> You don't need to go on a raw-food diet, but it might not be a bad idea to eat grilled foods in moderation (deep-fried, too, but you knew that).
Shutterstock