What are the most distinctive deaths by state?

Researcher Francis Boscoe of the New York State Cancer Registry set out to answer that question by analyzing the deaths in each state from 2001 to 2010. Out of a total 136 causes of death, Boscoe pinpointed the number one reason people in different states died that was distinct from the United States’ general population. Now keep in mind that these aren’t the most common deaths in each state. Instead, think of these deaths as the ones that a state had in a disproportionately high number compared to the national average. 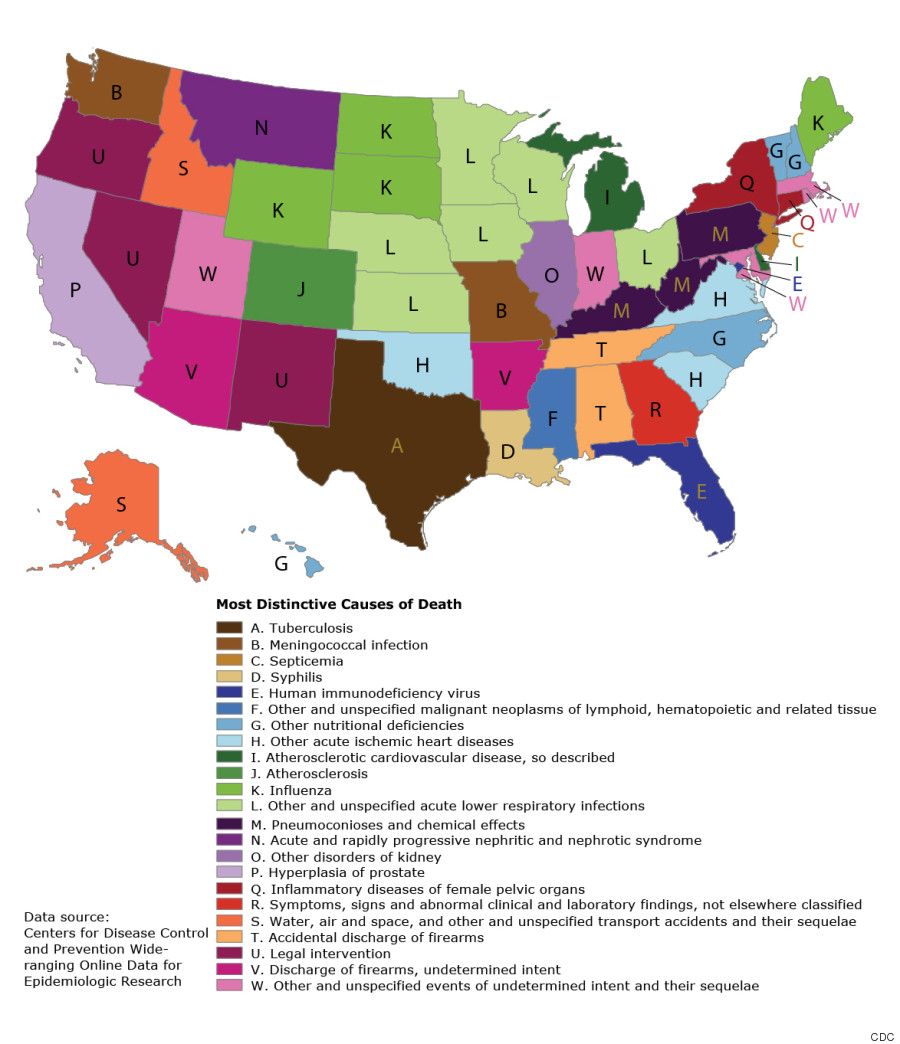 The map, Boscoe explained, is a good way to illuminate potential hidden health care disparities or crises in different states. For instance, Florida had 15,000 deaths from HIV, while Texas had 679 deaths from tuberculosis. The causes of death also call attention to special hazards that can come from living in certain states; both Alaska and Idaho had unusually high death numbers caused by air and water accidents, while coal-mining states like West Virginia, Kentucky and Pennsylvania had unusually high numbers of deaths caused by pneumoconiosis -- otherwise known as Black Lung Disease -- and other chemical effects.

Other notable insights include the fact that Michigan had largest number of unusual deaths recorded: 37,292 deaths from “atherosclerotic cardiovascular disease,” or hardening of the arteries that lead to heart attack, stroke or other cardiovascular disease. Montana, with the least amount of distinctive deaths, recorded 11 deaths by progressive nephritic and nephrotic syndrome, or kidney disorders, over the nine years surveyed.

But what Boscoe found most interesting were those deaths caused by diseases that are either completely preventable or medically curable. For instance, Louisiana had 22 deaths from syphilis, but that number should actually be closer to zero because of how much we know about syphilis and how to cure it.

“A project like this (a map, specifically) is a good way to draw attention to such issues,” Boscoe concluded.

The study was published online May 14 in the journal Preventing Chronic Disease, which is the Centers for Disease Control and Prevention’s journal on chronic disease.

The Most Unusual Deaths By State, In One Map
Old-Time Diseases 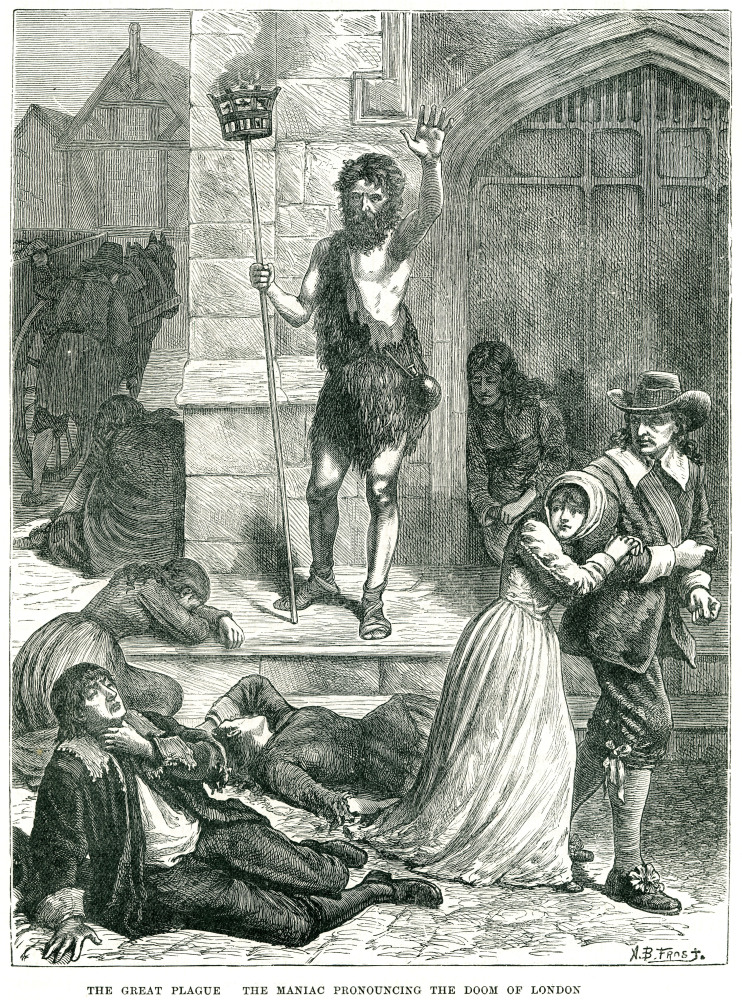