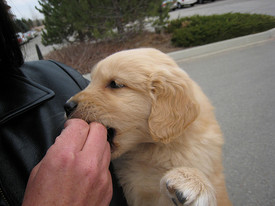 I received a note recently from a reader, who criticized his boss for asking him to take on some projects that were "other duties as assigned" and outside his normal job description. I reassured him other employees could only hope their managers trusted them enough to give them a challenging assignment. As part of my prodding to tackle the job head on, I encouraged him to be very careful about how he responded to the request.

No matter how talented you are, no matter how popular or dedicated, all it takes is one poorly worded comment or complaint spoken in the wrong place or to the wrong person to torpedo your job. As Shakespeare pointed out 400 years ago, "How sharper than a serpent's tooth it is to have a thankless child." To a business organization or a leader, an ungrateful employee comes in a close second.

Take actress Megan Fox, who seemed an irreplaceable part of the Transformers movies franchise -- until she criticized the first two movies in a public forum. Director Michael Bay had no qualms about replacing her for the third. Guess not. Something similar happened to noted fantasist Harlan Ellison, shortly after joining Walt Disney Studios. Moments after he joked in the lunchroom about making a porno film with iconic Disney characters, complete with voices, security escorted him out the door. He'd lasted less than a day. Ellison admitted his mistake, and he delivered the lesson himself in an essay years later: Don't bite the hand that feeds you.

I couldn't agree more. Many years ago, I replied carelessly to an email my husband/COO had sent to me from a prospect asking for me to speak at an upcoming event. I was traveling at the time and wasn't paying attention. I thought he had forwarded the email to me, but he instead had BCC'd me. I replied all from my phone (to this day I don't know how), thinking it was just to him. I inadvertently "outed" him with my note, which basically said I doubt they would have my fee. I was being flippant with a tone I would only use with my husband and never a client, but the damage was done. Of course, I didn't get that engagement. To this day, I have pangs of guilt over the way I was critical of a client, whether or not she could invest in my services. I'll never know how far-reaching the damage was. (But it feels a little bit therapeutic to admit this to you.)

So as we enter the new year, remember: we all have issues with our jobs, whether they involve clients, co-workers, the C-suite, managers, or procedures. But biting the company's hand that feeds you cannot only kill your job, but your career as well. I've seen too many horror stories over the years. Ellison and Fox were lucky, because others were still willing to work with them, because they had already established themselves in their fields. You might not be so lucky.

Newcomers can damage their chances of getting another job if they talk trash about their employers. A contractor once told me about a software engineer who posted negative comments about his employer on an investing forum... from his workstation! The company sacked him on the spot. It's hard to get a new job with a firing like that on your record -- so hard he eventually gave up and founded his own consultancy firm, having learned a harsh lesson indeed.

Even if something's wrong at your company, you can address it without making a scene. First, stop complaining to your co-workers; you're just stirring up discontent by gossiping. Speak privately with your manager and work toward a resolution. In the meantime, try to make things better, rather than being resentful.

If your manager is the problem, attempt to work it out with him or her, then move on to HR in a quiet way if that fails. If nothing works, rather than continue to stew in your own juices, find another place to land and quietly resign. Even if you do tell your former employers why, don't do so in a bitter, bridge-burning way.

Like all valuable lessons, this is one you need to experience just once to get its full effect. Have you experienced something similar, and what were your lessons? Let us know in the comments below, so we can benefit from your learning.

2014 Laura Stack. Laura Stack, MBA, is America's Premier Expert in Productivity. For over 20 years, Laura has worked with business leaders to execute more efficiently, boost performance, and accelerate results in the workplace. Her company, The Productivity Pro, Inc., provides productivity workshops around the globe to help attendees achieve Maximum Results in Minimum Time. Laura is the bestselling author of six books, with over 20 foreign editions, published by Random House, Wiley, and Berrett-Koehler, including her newest work, Execution IS the Strategy (March 2014). Widely regarded as one of the leading experts in the field of performance and workplace issues, Laura has been featured on the CBS Early Show, CNN, the Wall Street Journal, and the New York Times. Connect via her website, Facebook, or Twitter.