You go, girls. New research suggests that many of the first artistic masters were women, not men.

For years, researchers have assumed that ancient cave paintings created tens of thousands of years ago were made by men. This belief persisted because so much cave art is related to hunting, the domain of the prehistoric male. However, an American archaeological anthropologist now believes the measurements of ancient cave handprints suggest that the majority of those artists were women.

Dean Snow, an emeritus professor of anthropology at Penn State University, has spent a decade gathering data on cave paintings ranging from 20,000 to 40,000 years old, reports National Geographic. Snow's research culminated in a paper recently published in the journal American Antiquity. His report concludes three-quarters of the cave handprints included in the paper were left by females.

"There has been a male bias in the literature for a long time," Snow told National Geographic. "People have made a lot of unwarranted assumptions about who made these things, and why."

The fact that men did most of the hunting does not necessarily mean they were the only ones handling animals, Snow explained. "It's often the women who haul the meat back to camp, and women are as concerned with the productivity of the hunt as the men are," Snow said, per National Geographic.

In an interview with The Huffington Post, Snow said that he first became interested in cave artist gender bias when reading research by John Manning, a British biologist who studied the differences in male and female hands. Manning's research found that female hands have ring and index fingers of about the same length, while male ring fingers are generally longer than their indexes. Snow realized that he could use ancient hand stencils to measure the finger lengths and determine the gender of the artists who had left them.

He told HuffPost Science that while most archaeologists are forced to work with limited data and a lot of inference, "here was a situation where I realized we could bring a fairly straightforward scientific hypothesis process to bear on an archaeological problem." 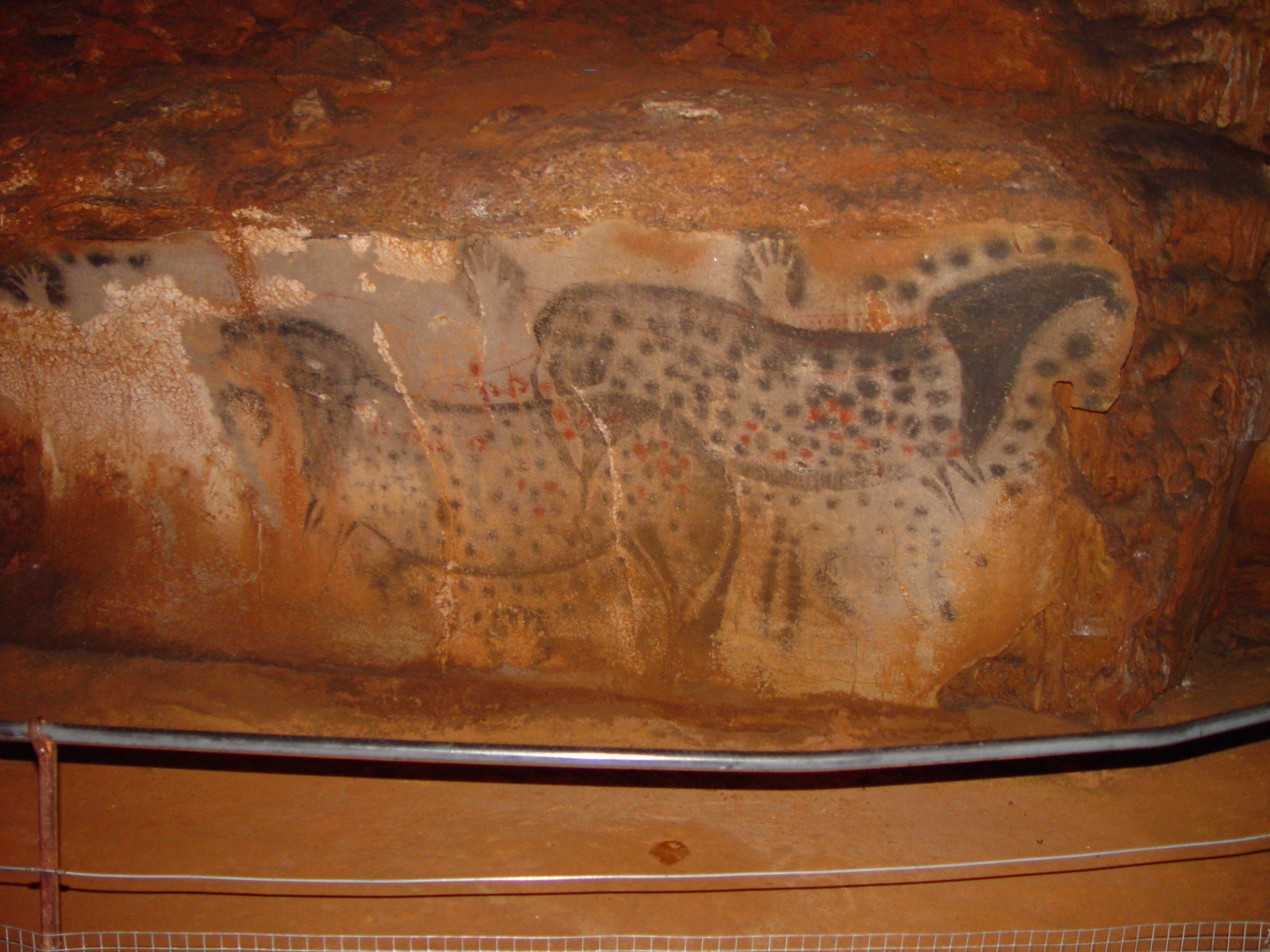 This photo shows the "Spotted Horses" mural from Pech Merle, a famous cave art site in France. The mural has six hand stencils around it.

Snow said he examined hundreds of handprints over the years but has found only 32 -- 16 from the Spanish El Castillo cave, 6 from France's Gargas cave and 5 from Pech Merle, also in France -- that were useable for his study. Of these, Snow was able to use ratio measurements to differentiate between male and female handprints. Thus, he concluded 24 of the 32 hands were female.

National Geographic notes that at least one expert, evolutionary biologist R. Dale Guthrie, is skeptical about Snow's findings. Guthrie carried out different analyses on cave handprints and concluded most had been made by adolescent boys.

Still, Snow said the feedback he's received so far has been overwhelmingly positive. While curious as to why women may have embraced an artistic role 40,000 years ago, he said he's also ready to pass the torch along to another curious researcher.

"That's what I'm hoping, that other people will take this up and apply it around the world," Snow told HuffPost. 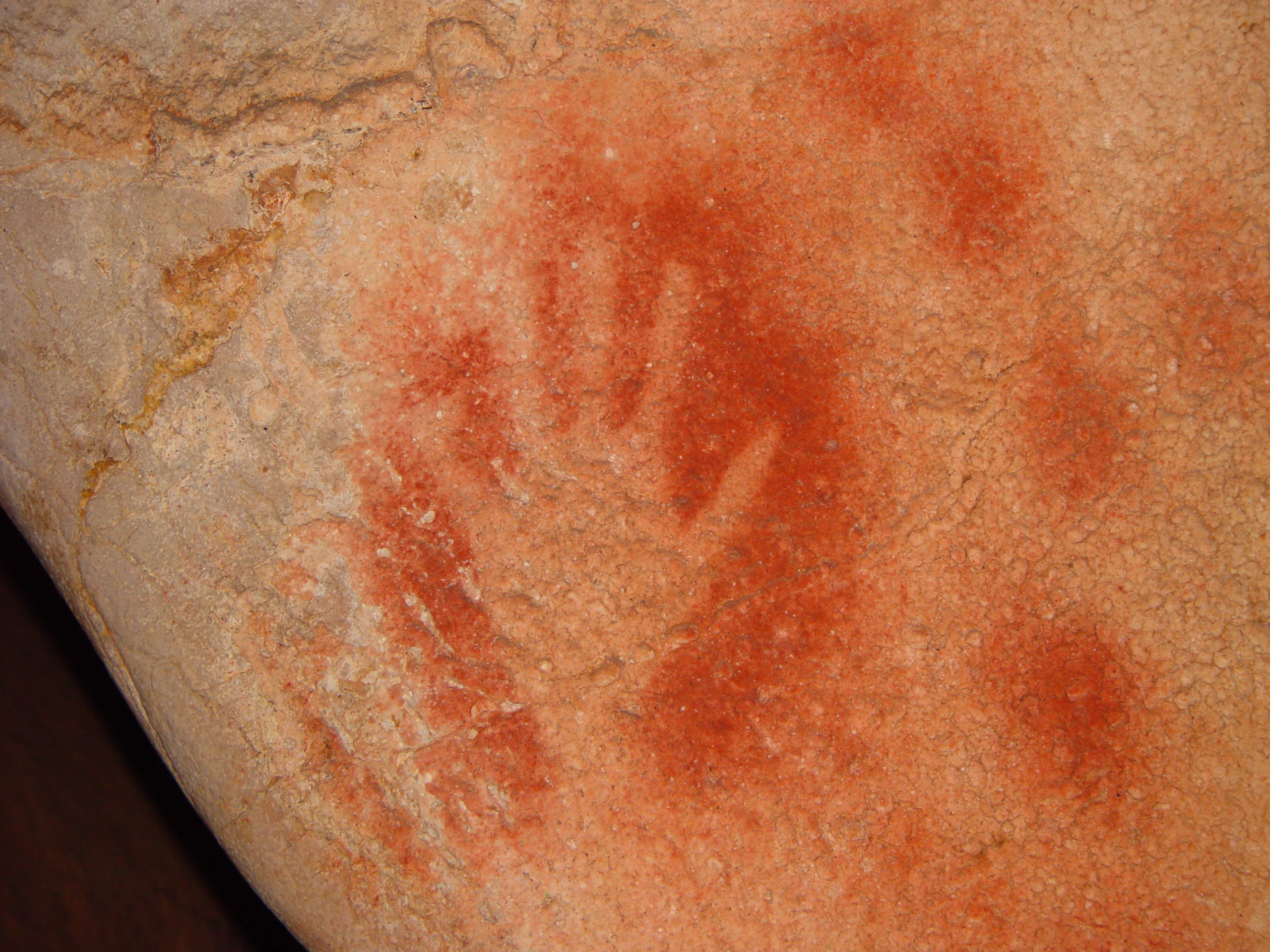 This red stencil is located in another part of the Peche Merle cave in southern France, which is home to some of the most famous examples of ancient cave art.