Most humans sleep their eight hours or so at night, rather than during the daylight hours. But how much would we sleep if it were always dark and had been for eons? We can't answer this for humans, but we now can for fish. There are over 100 known species of cave dwelling fishes that live their entire lives in constant darkness. Do they sleep more than fishes from surface waters, which are exposed to a normal light/dark cycle? No, they sleep much less.

All cave fishes evolved from surface ancestors with eyes, so we can think of them as repeated instances of a grand evolutionary experiment, which asks how species adapt to total darkness. Well, eyes and pigmentation are useless in darkness and animals lose them through evolution as they adapt to cave life.

We've known this for a long time, but only recently learned that cave fish also lose sleep. While patterns vary, many species of surface fish sleep the full night, just as we do. In contrast, recent studies show that individuals of six different cave fish species sleep just two or three hours a day. In one species, three distinct populations were studied; each had adapted to cave life independently. All three had the same reduced sleep pattern. So, insomnia seems as basic to cave life as eye loss, at least for fishes. 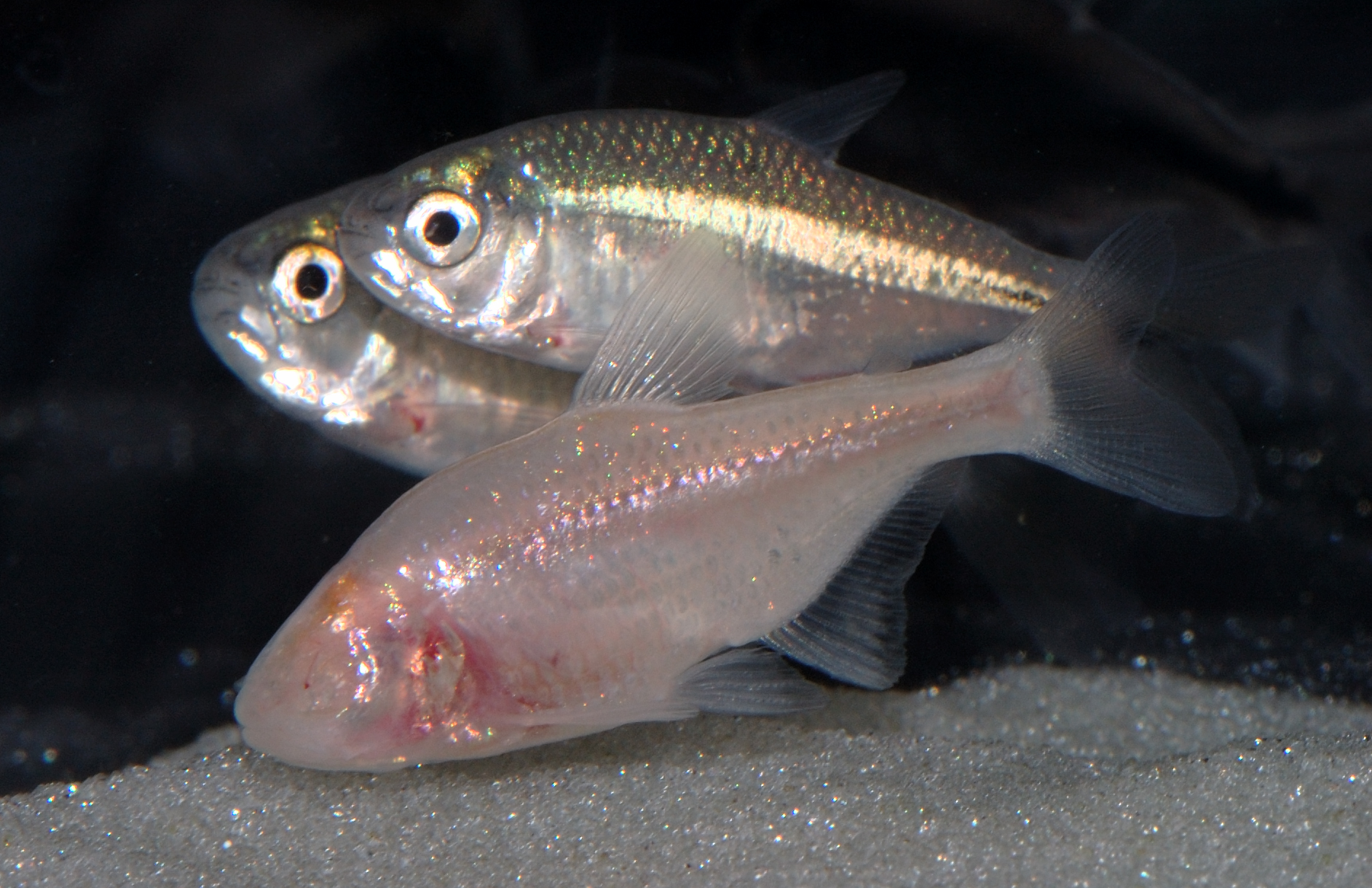 This seems counterintuitive. If I were put into an environment with no light, I think I would probably sleep just as much as I normally do or maybe even more. Why do cave fish sleep less? Well, life in a cave involves more than just coping with darkness. Because there is no light, there are no green plants making food. Cave fishes feed mostly upon material that washes into the cave or on the remains of other animals that enter the cave and die there. Thus, they not only have to survive without visual information, they have to be able to get by without much to eat. Adding to the problem is the unpredictable nature of the food supply. You never know when something tasty will float by. If you are asleep and your neighbor is awake, he gets fed and you go hungry. We think this is the critical factor that selects for reduced sleep in cave fishes. Reduced sleep is really increased wakefulness.

How do we know when cave fish sleep? We cannot easily scan their brain waves. We know when they are asleep from their behavior. When they are inactive for as little as sixty seconds, they need extra stimulation to take notice. This decreased sensitivity to what is going on around them is a hallmark of sleep. Remember, when you are asleep, someone might need to call your name several times or shake you to get your attention. Also, when we deprive them of sleep the whole night, the next day they sleep a lot more than normally, just as you would if you pulled an all-nighter cramming for an exam or at a party.

Why should we care about sleep patterns in cave fishes? The first reason is that the genes controlling behavior in fishes are probably the same ones that control similar behaviors in humans. The strong conservation of gene function across highly diverse types of organisms is one of the major findings of the ongoing revolution in gene sequencing technology and evolutionary genomics. We now know that you can study the genetics of a fly or a worm, or even a plant, and learn things applicable to humans, because all living things share an evolutionary history. Thus, if we can identify the genes responsible for insomnia in cave fishes, we can greatly advance our understanding of insomnia and other sleep disorders in humans. This may lead to the development of new treatment options.

The second reason is more subtle, but equally important. Cave animals are particularly useful to study the nuts and bolts of evolutionary change. Biologists want to know what genetic changes underlie the changes in shape, physiology, behavior, etc. that adapt a species to a new environment. We want to know whether some genes are more likely to be involved with evolutionary change than others. We want to know what environmental changes lead to new adaptations. Ultimately, we want to be able to predict the future course of evolution. That is, we want a science of evolution that can look forward in time as successfully as it now can look back.

Well, to learn such things in science you need to be able to experiment and you have to be able to replicate your experiments in order to test your ideas as they develop. Much of evolutionary biology, however, is observational. Darwin was actually a great experimental biologist, but his discovery of natural selection and its importance in driving the evolutionary process was based almost entirely on observation. The importance of cave animals to evolutionary biology is that the cave adapted characteristics of each species are the result of a natural experiment that asks what happens when you turn out the lights and ration the food. Because each different cave species is a replicate of the same experiment, we can compare them and look for general themes. The first conclusion is that they all evolve in the same direction, something biologists call convergence.

Convergence is widely recognized by evolutionary biologists, because even very different organisms, faced with similar or identical environments independently, evolve in similar ways. Think of the torpedo-like shapes of seals, tuna and penguins, all faced with the same task of being able to swim fast in a dense medium. Cave animals are classic examples of convergent evolution, all tending to lose their vision and pigmentation and, in the case of fishes, many hours of sleep. Comparing them will allow us to come to general conclusions about the mechanisms that drive evolutionary change and the genes that underlie it.