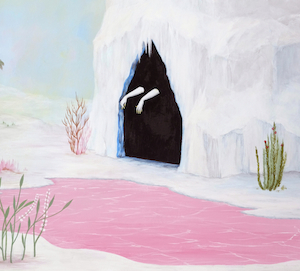 As a poet, I value and adore working with visual artists; collaborating across genre and medium often provides an instant jolt of inspiration. In my writing practice, I often write poems that have been sparked by an image. Last summer, I came across Rebecca Chaperon's work, and was stunned by its weird beauty. I wrote a poem inspired by one of her paintings, and she and I kept in touch, discussing our work. I'm thrilled to share with you a new collaboration that she and I have worked on, a pairing of poems and text that will appear in her new exhibit, Eccentric Gardens.

In Chaperon's paintings, the natural world becomes supernatural, hyperalive. There are glowing trees, dark caves, disembodied arms reaching out to feel the cold air, luminous pyramids from which rainbows spill. It's a bizarre place that Chaperon paints, but it's also benevolent. Her work simultaneously reminds me of spring gardens and the northern lights -- there are pinks, yellows, and greens alongside swaths of black. Snow and pastel flowers peacefully co-exist.

I am always thinking about place when I write, which speaks to why I'm so drawn to Chaperon's work. A poem is a place in which I can speak to a reader, and in which, together, we can be attentive to the pieces of the world that usually slip past us. In my recent poems, flowers want to speak, and caves, and paintings. Any action or object produces a ghost (usually friendly, but always carrying a story).

The poem/painting pairings are included below. These will be shown (alongside other paintings, installation, and a sound studio on opening night!) in Eccentric Gardens at Initial Gallery in Vancouver, BC. The show runs from October 24 to November 15.
NOTE: These images appear with the permission of the artist. 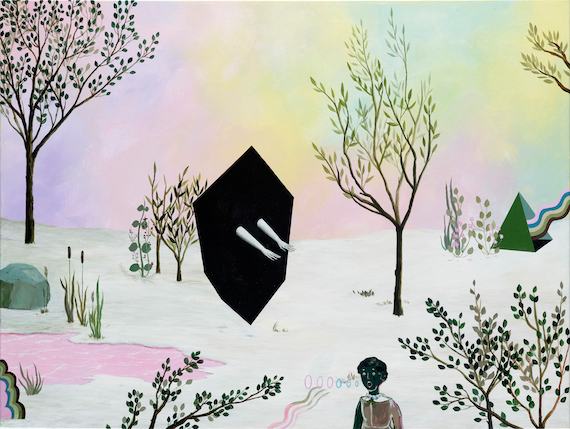 You Were a Portal Once

Ghost of a mirror
with a nail for a brain 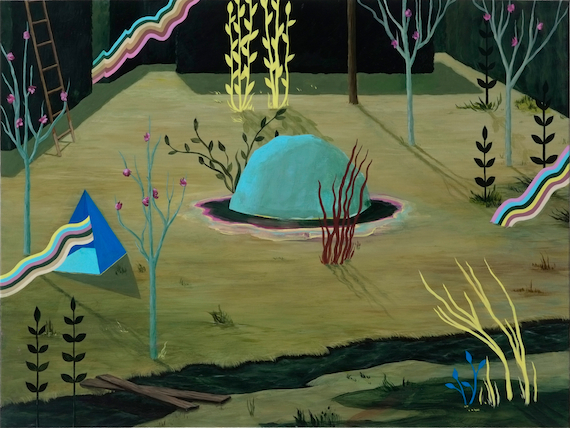 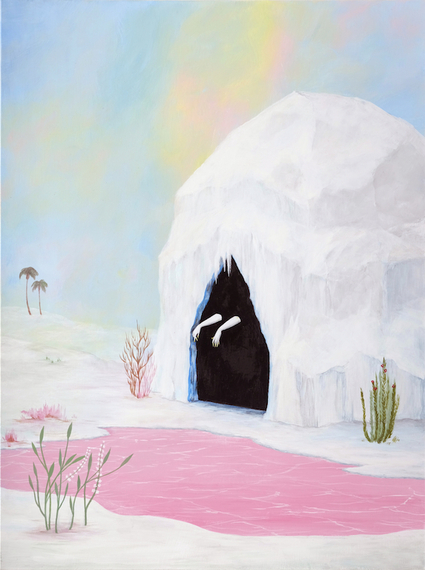 If the Cave Told the Story

I became a place of shelter
an animal could come in

I became an inside

I would become heat for them

From here I can see flowers
snow

what it holds
I press back