Did a production company purposefully censor the queer elements from the U.S. DVD release of this film?

"Pride," released in 2014, is an award-winning film set in the UK in the 1980s about a group of gay and lesbian activists who support miners engaged in a strike and informed changing perceptions surrounding gay rights for the British political left.

However, as discovered by Pink News, the stateside DVD release of "Pride" seems to contain a striking omission from the cover art: all the patently queer content has mysteriously vanished. 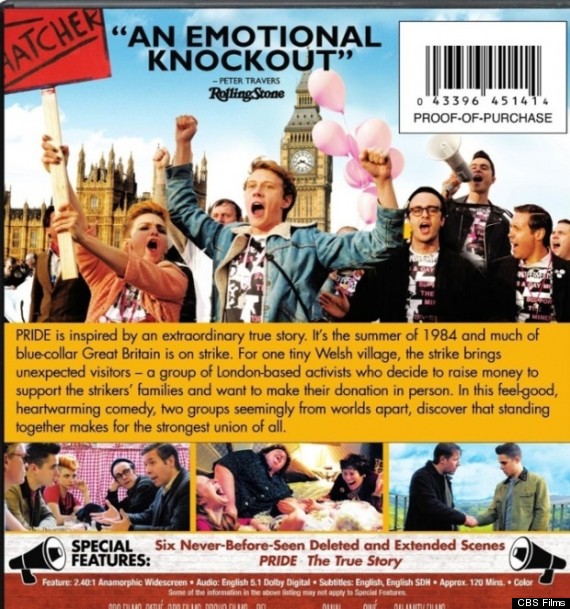 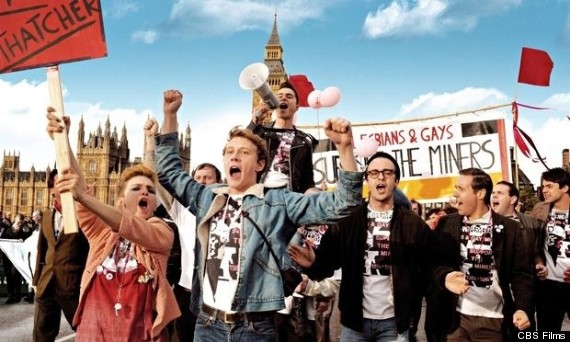 As can be seen in the above images, the banner in the background reading "Lesbians & Gays Support The Miners" seems to have been removed from the U.S. DVD cover. Additionally, Pink News claims that the phrase "London-based group of gay and lesbian activists" was changed to "a group of London-based activists" on the DVD's back cover.

BBC reached out to Ben Roberts, director of the BFI film fund that funded "Pride," who said, "I'm not surprised that the US distributors have taken a decision to sell more copies by watering down the gay content. I'm not defending it, it's wrong and outmoded, but I'm not surprised. It's an unfortunate commercial reality both here and in the US that distributors have to deal with and consider in getting films onto the shop shelf. LGBT material is largely marginalized outside of rare hits like 'Brokeback Mountain.'"

"Pride" director Matthew Warchus told the BBC he can understand why the change might have been made.

"I think someone in the marketing department in the US used their marketing judgement to try to remove any barrier to the widest possible audience... It's clumsily done but I understand it and it's a valid instinct," Warchus said, adding, "I'm just keen for as many people who have yet to see the film to see it."

CBS Films responded to the controversy in a statement to Pink News saying, "We're looking into this now and our page for the film remains the same as it has for months."

UPDATE: Warchus, the film's director, offered the following statement in response to the controversy:

"Pride" is a film which plays incredibly well to a global mainstream audience of any political or sexual persuasion. It’s a film about two groups of people forming an unlikely alliance and fighting each others’ corners rather than just their own. It is probably one of the most political films ever to hit the mainstream and it is certainly one of the most loved films of the year (even by people who hate politics). I don’t consider it a "gay film" or a "straight film." I’m not interested in those labels. It is an honest film about compassion, tolerance, and courage.

Marketing "Pride" has proved an interesting challenge from day one, and there are many people in the mainstream who have yet to see the film. My guess is some of those people are imagining that the film is maybe "too political" for them, and some others are imagining it could possibly be "too gay." As it happens, these concerns completely evaporate in the presence of the movie itself, but they are important when attempting to manage potential audience perceptions through marketing. Since the day I first read the script I have felt passionately that this film, of all films, deserves to find a fully diverse audience from all walks of life. Indeed its very meaning and message is diminished the more "niche" it becomes. I look forward to living in a world where these kinds of marketing negotiations are neither valid nor necessary -- but we're not there yet. In a sense, that's why I made the film.

For these reasons I don’t automatically condemn any attempt to prevent the movie being misunderstood as an exclusively “gay film." I certainly don’t regard such attempts as homophobic.

CBS Films Responds To Removal Of Gay References From 'Pride' U.S. DVD Cover [UPDATED]
Pride Movies
1 / 43
'Paris Is Burning'
Shot in the mid-to-late 1980s, this <a href="http://www.imdb.com/title/tt0100332" target="_hplink">1990 documentary chronicles</a> the "Golden Age" of ball culture of New York City, and the black, Latino, gay and transgender communities involved in it.