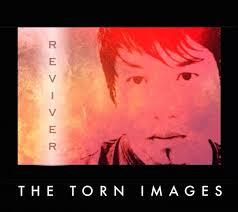 The band's primary influences appear to be Coldplay, Blur, and Nirvana, with an occasional shot of the Pixies. Like Nirvana, The Torn Images are dependent upon driving, fuzz-busting guitars. For example, the opening track "The Drifting" begins with thrumming guitars that presage a real rock-out. Unfortunately, the guitars just keep thrumming, along with the addition of drums and bass. There are very few chord changes and no discernible chorus. The effect is a dark onslaught on the listener's senses, pummelling the ears into submission without the respite of melodious interludes; it simply doesn't work.

Another track on the album, "Blind Fascination," resembles "The Drifting." Replete with the same driving guitars, pounding drums, and juvenile lyrics that might appeal to gum-snapping teenagers who equate loud, potent guitars with retro-vibe. But for anyone who remembers Nirvana, it is little more than contrived mimicry.

Luckily, there are two tracks on the album that save the day from complete and total aural disaster: "Life on a Standstill" and "World of Meaning." These songs demonstrate that the band is capable of composing and arranging music with a chorus and tempo changes. Ostensibly, embodying the influence of the 1980's New Romanticism. The lyrics are a cloying indication of the music's intended audience: teeny-bopping Valley Girls, but nevertheless, the music advances in a bouncy, happy manner, which indicates latent aptitude.

Briand Arabaca's vocals remain nearly unnoticeable throughout the album, and convey minimal emotion when perceptible. His range is severely limited and bereft of distinctiveness, reminding listeners of the Laocoon and His Sons, with the good priest contorted against the coils of common sense (and likewise the more erstwhile of listeners attempting to disengage themselves from him). Only in this case, it's a voice and not sea serpents from which extrication is sought.

Reviver lacks the ability to impress or captivate its audience. The album is besieged by insipid lyrics and poor arrangements. More than likely, the musicians have talent, but they need to refocus and re-direct.