When a Ohio teacher told her 11th-grade students to write thank-you letters to the workers battling Ebola in West Africa, she never expected the class would get a response.

But CDC volunteers did write back, opening up about what it's really like to fight an epidemic and how they relax with Beyonce tunes and Skittles. 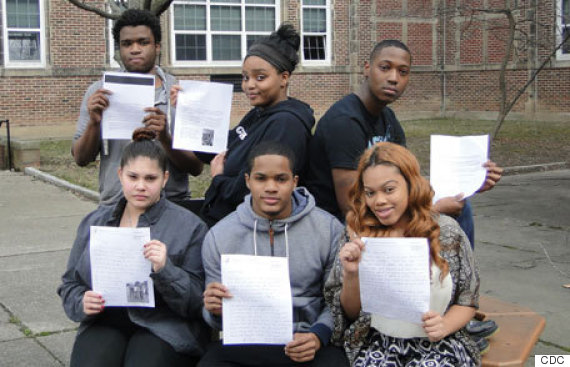 Students pose with the letters they received from CDC volunteers working to fight Ebola.

It all started in the fall, after English teacher Courtney White's class at Cleveland Heights High School had become interested in Ebola through readings on current events. White wanted the students to do a service project with global resonance, so they wrote heartfelt letters thanking the volunteers, whom they called "superheroes."

Many asked the volunteers what motivated them to travel to West Africa, where the virus has claimed most of the estimated 10,000 lives lost since the start of the outbreak in February 2014.

"The general opinion of teenagers seems to be that they do not care about the world around them, but often, they are just not exposed to it," White explained of the letters, which were sent in January. "Once they are, they are innately curious and want to know more."

Two months later, the class was surprised to receive detailed responses (and some pictures!) from the volunteers, who wrote about their humanitarian motivation, how their work impacts their families, and how they comfort themselves overseas. 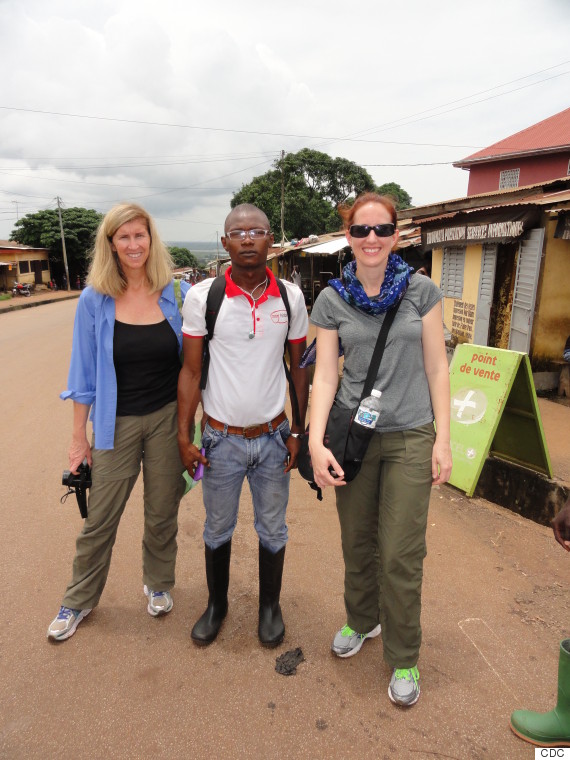 Molly Gaines McCollom, right, sent this photo of her and Lisa, another CDC employee, and a Red Cross volunteer, to one of the students.

"I was a little nervous but I packed a couple 'comfort' items to remind me of home, including pictures of my family, an iPod with my favorite music (Beyonce!) and CANDY," one volunteer wrote in response. "A few Skittles and M&Ms can make everything a little better."

"I was nervous about how my friends and family would treat me when I returned home," another wrote. "I know that a lot of people here in the United States were afraid of getting Ebola and didn't think that Americans should go over to West Africa to help."

"I loved receiving the letters! They warmed my heart and those of countless CDC responders," she said. "In the middle of a crisis like the Ebola epidemic, it’s sometimes difficult to feel like you’re making a difference ... These letters remind us that we do have an impact and inspire us to keep going."

As for the students, well, the assignment taught them an important lesson.

"It enabled them to truly see how small their world is and that we are all connected," White said.

Read some excerpts from the CDC volunteers, below:

What made me want to join the fight? When I heard about how devastating the situation was in West Africa, I was compelled to help [...] I was a little nervous but I packed a couple "comfort" items to remind me of home, including pictures of my family, an iPod with my favorite music (Beyonce!) and CANDY. A few Skittles and M&Ms can make everything a little better.

It is also important to remember how interconnected the world is. The people who are suffering in this and other crises are not different from us and our own families, and problems far away can ultimately affect us as well.

It is very hard to leave your family behind to worry while you fly into an Ebola outbreak, but it is also hard to stay where it is comfortable, knowing that you could be helping instead.

The nurses and doctors from Liberia, and who have remained in the hospitals in Liberia are the true superheroes. While many people have fled the country, the local doctors and nurses have stayed to help their community.

I was nervous about how my friends and family would treat me when I returned home [...] I know that a lot of people here in the United States were afraid of getting Ebola and didn't think that Americans should go over to West Africa to help.

I am humbled by your gratitude and confidence, but I want to tell you that we did not fight Ebola alone, and it is not finished yet. Our colleagues and friends who live and work in West Africa have led this historic response and are the real heroes. Even now, in February, Ebola still takes their lives.

You are right, it does take a strong spirit to fight this disease. It sounds like you may have an indomitable spirit as well! I bet you will help many other people during your life also. There are so many ways to improve the lives of others.