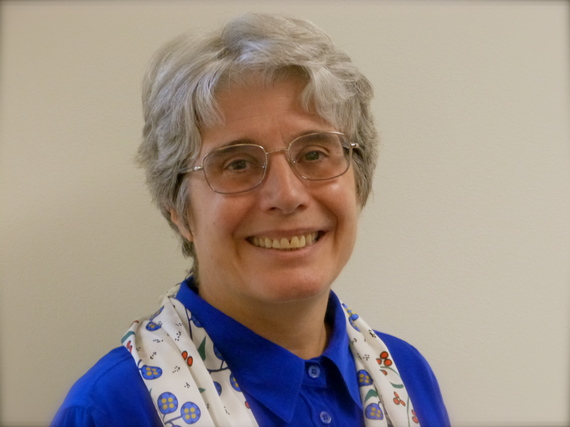 A veteran leader within the Centers for Disease Control and Prevention announced her immediate departure from the agency on Thursday, two days after it came to light that she had been offering guidance to a leading Coca-Cola advocate who was seeking to influence world health authorities on sugar and beverage policy matters.

In her role at CDC, Dr. Barbara Bowman, director of CDC's Division for Heart Disease and Stroke Prevention, has been involved in a range of health policy initiatives for the division charged with providing "public health leadership." She began her career at the CDC in 1992.

Bowman's boss, Ursula Bauer, Director, National Center for Chronic Disease Prevention and Health Promotion, sent an email to staff members after my June 28 story in this blog revealed the Coca-Cola connections. In that email, she confirmed the accuracy of the report, and while she defended Bowman's actions, she said the "perception that some readers may take from the article is not ideal." She also warned employees to avoid similar actions, saying the situation "serves as an important reminder of the old adage that if we don't want to see it on the front page of the newspaper then we shouldn't do it."

Bowman's exit was announced through internal emails. Bowman told colleagues in a CDC email sent Thursday that she had decided to retire "late last month." She made no reference to the revelations about her connections with Coca-Cola or any other concerns.

Bauer sent a separate email applauding Bowman's work with CDC. "Barbara has served with distinction and has been a strong, innovative, dedicated and supportive colleague. She will be greatly missed by our center and CDC," Bauer said in the email.

Bowman's departure comes at a time when several questions about Bowman and her department are dogging the agency, according to sources inside the CDC. In addition to the questions about ties to Coca-Cola, which is actively trying to push back on policies regulating or reining in soft drinks, there are questions about the efficacy and transparency of a program known as WiseWoman, which provides low-income, under-insured or uninsured women with chronic disease risk factor screening, lifestyle programs, and referral services in an effort to prevent cardiovascular disease. The departure also comes a day after the organization I work for - U.S. Right to Know - filed another FOIA seeking additional communications.

The Coca-Cola connections date back decades for Bowman, and tie her to former top Coca-Cola executive and strategist Alex Malaspina. Malaspina, with Coca-Cola's help, founded the controversial industry group International Life Sciences Institute (ILSI). Bowman also worked early in her career as a senior nutritionist for Coca-Cola, according to sources, and she co-authored an edition of a book called Present Knowledge in Nutrition as "a publication of the International Life Sciences Institute."

ILSI's reputation has been called into question several times for the strategies it has employed to try to sway public policy on health-related issues.

Email communications obtained by U.S. Right to Know through state Freedom of Information requests revealed that Bowman appeared happy to help Malaspina, who formerly was Coca-Cola's top scientific and regulatory affairs leader, and the beverage industry cultivate political sway with the World Health Organization. The emails showed Malaspina, representing the interests of Coca-Cola and ISLI, complaining that the World Health Organization was giving a cold shoulder ILSI. The email strings include reports of concerns about Coca-Cola's new Coca-Cola Life, sweetened with stevia, and criticisms that it still contained more sugar than daily limit recommended by WHO.

The communications came as the beverage industry has been reeling from a series of actions around the world to rein in consumption of sugary soft drinks due to concerns about links to obesity and type 2 diabetes.

CDC spokeswoman Kathy Harben said earlier this week that the emails did not necessarily represent a conflict or problem. But Robert Lustig, Professor of Pediatrics in the Division of Endocrinology at the University of California, San Francisco, said ILSI is a known "front group for the food industry." And he pointed out that the CDC has yet to take a stance on limiting sugar consumption, despite the WHO concerns about links to disease.

ILSI has had a long and checkered relationship with the World Health Organization, working at one time closely with its Food and Agricultural Organization (FAO) and with WHO's International Agency for Research on Cancer and the International Programme on Chemical Safety.