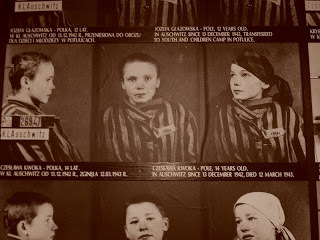 Is it easier to control a disease than a person? There are some diseases which don't respond to anything and simply progress along their deadly course. But most diseases respond to medicines. We take penicillin and other antibiotics for infection and chemo and radiation rid the body of many cancers. But controlling people is another matter. We may subdue another person through threats, intimidation and emotional blackmail. But the results of colonization which have left in their wake a whole generation of angry offspring, some of whom have themselves resorted to terror tactics are plainly visible in the recent upsurge in the kind of violent activities that have afflicted France. The French have upgraded their security. But will containment actually work? Even massive genocide has not actually proven effective in ridding enemies of each other. The attempts by the Hutus to murder the Tutsi, the Nazis to eliminate the Jews and the Turks to erase the Armenians are three prominent cases which illustrate the regenerative nature of the human spirit. Attempts to crush and repress actual kindle fires and in some cases unfortunately lead to oppressed minorities reenacting the sins of their oppressors. On an individual level, the results of domination and subjugation are evidenced by our soaring divorce rates. South Africa is a unique example where inspired by the spirit of personalities like Nelson Mandela and Bishop Desmond Tutu, the Truth and Reconciliation Commission became another path whereby revenge was replaced with remembrance. Tunisia has recently also taken a similar path ("Torture Claims in Tunisia Await Truth Commission," NYT, 5/19/15). "Turn the other cheek" rather" than an eye for an eye" have been the guiding premises of that revolutionary commission. "Never Again!" is the famed motto of Holocaust survivors. It's a lesson that both individuals and national states need take to heart.