ROME, May 3 (Reuters) - Italy's first black minister has responded to a barrage of sexist and racial insults by saying she is proud to be black, not coloured, and that Italy is not really a racist country.

Since then, she has been the subject of taunts on far-right websites, which have branded her with names such as "Congolese monkey", "Zulu" and "the black anti-Italian".

She also faced race-tinged insults from Mario Borghezio, a European parliament member of the pro-devolution Northern League, which has been allied in the past with former Prime Minister Silvio Berlusconi.

In reference to Kyenge, Borghezio called Letta's coalition a "bonga bonga government" - a play on the "bunga, bunga" antics under Berlusconi - and said she herself appeared to be "a good housewife but not a minister".

Kyenge dismissed the comments, which the speaker of the lower house Laura Boldrini labelled "racist vulgarities". Kyenge plans to push for legislation, opposed by the League, that would allow children born in Italy to immigrant parents to get automatic citizenship instead of waiting until 18 to apply.

"I arrived in Italy alone at 18 years old, and I don't believe in giving up in front of obstacles," Kyenge, who left DRC so she could pursue her studies in medicine, said.

She also rejected the term "coloured" used to describe her in many Italian press reports, saying: "I am not coloured, I am black and I say it with pride".

Millions of emigrants left Italy in the 19th and 20th centuries but the country has had difficulties integrating citizens from other countries who come seeking work.

Kyenge, who is married to an Italian, said she did not view Italy as a particularly racist country, and believed that hostile attitudes stem mainly from ignorance.

"Italy has a tradition of welcoming and offering hospitality towards others. We need to recognise these traditions and apply them day to day," she said.

Boldrini herself told a newspaper on Friday that she had received daily death threats online and a stream of messages containing sexually violent images.

"When a woman takes up public office, sexist aggression sets off against her, and whether simple gossip or violent...it always uses the same vocabulary of humiliation and submission," Boldrini told La Repubblica newspaper.

"We shouldn't be afraid to say that this is an underground culture, shared in some way. In my view: an emergency in Italy," she said, pointing to regular cases of Italian women being murdered or abused by men, often by husbands or partners.

Cecile Kyenge, First Black Italian Cabinet Member, Defiant In Face Of Racist Remarks
Can These Men And Women Save Italy? 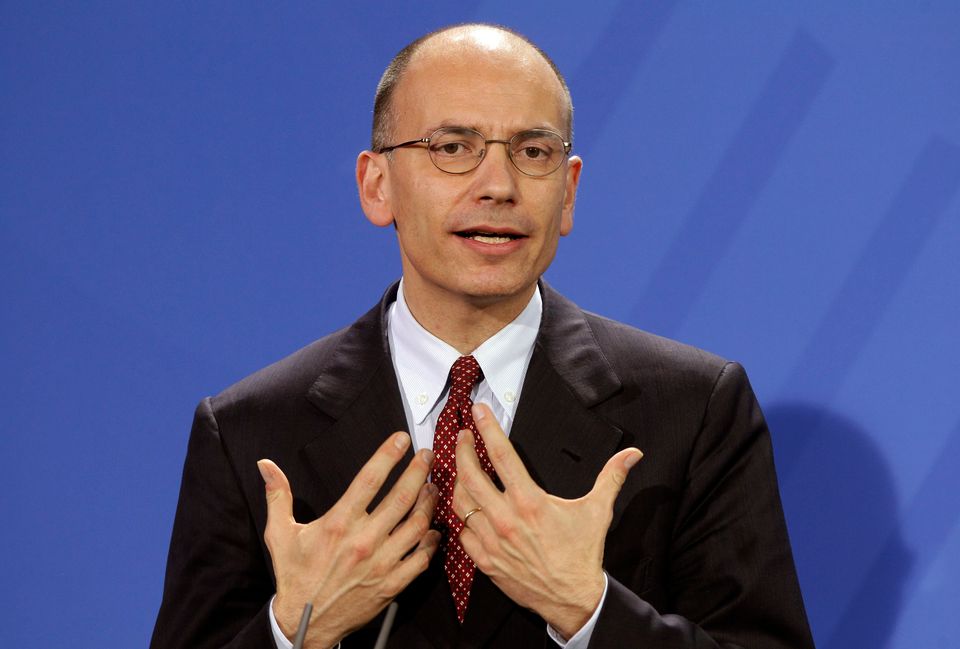