By Alexandra Churchill for YourTango.com

You can thank Gigi Raven Wilbur, Michael Page and Wendy Curry for this milestone in the movement. There are plenty of milestones that celebrate heterosexuality, and in recent years, victories for the homosexual community. But you might not know that today marks Celebrate Bisexuality Day, an annual observance to recognize the bisexual community as well as their history of triumphs and tragedies.

The holiday was first observed in 1999, thanks to three American bisexual rights activists: Wendy Curry of Maine, Gigi Raven Wilbur of Texas and Michael Page of Florida — a trio of American activists who rallied to raise awareness about bisexuality and to dispel the stigma surrounding their community. These names would go on to be monumental in the bi rights movement.

Gigi Raven Wilbur
The first of the three, Gigi Raven Wilbur, was born a hermaphrodite. "I didn't have the benefit of choosing my own sexual identity," she says. She had gender reassignment surgery at a young age and went on to pursue two degrees: a Bachelors of Arts in philosophy and a Masters in social work.

"Ever since the Stonewall rebellion, the gay and lesbian community has grown in strength and visibility. The bisexual community also has grown in strength but in many ways we are still invisible. I too have been conditioned by society to automatically label a couple walking hand in hand as either straight or gay, depending upon the perceived gender of each person."

In 1999, Gigi was awarded the American Institute of Bisexuality Globe Award for outstanding service to the bisexual world community.

Michael Page
A jet pilot and the founder of BiCafe, Page is also the creative vision behind the flag for the bi community. He designed the tri-colored flag in 1998 to give the bisexual community its own symbol. He believed that the rainbow flag of the mainstream LGBTQ community was simply not enough:

"Based on my own personal experience, the vast majority of bi people I have spoken with, feel no connection to the rainbow flag, the Pink triangle, the black triangle, the Lambda symbol or the double-edged hatchet ... It is my belief that bi people need their own flags and symbols to rally around."

Thus, the symbol of pride for bisexuality was born. Contrary to what you might assume, the pink swatch doesn't just stand for women and the blue swatch of color doesn't just stand for men. In fact, according to Page, the pink represents same-sex attractions (gay and lesbian) while the blue represents opposite sex (heterosexual) attractions. The purple that blends in between these two primary hues meet represents attraction anywhere along the gender spectrum, which is also meant to mimic how bisexual people unnoticeably within the gay/lesbian and straight communities.

Wendy Curry of Maine
Today, Wendy Curry serves as the President of BiNet USA, the oldest national bisexual support network in the United States. In her time with the grassroots organization, the software engineer-turned activist has been recognized nationwide for her work. In 2009, Curry was the recipient of the Brenda Howard Memorial Award presented by the Queens Chapter of PFLAG. When asked in an interview with Feministing what she believed was the biggest threat to the bi community, she gave this succinct, sincere answer:

"Invisibility. Because most people will look at a couple and decide they are straight or gay based on the combination of apparent genders, we fly under most people's radar. As a result, many people are isolated and the stereotypes remain unchallenged."

In its first year of observance, Celebrate Bisexuality Day was held during the meeting of the International Lesbian and Gay Association. Since then, it's been recognized nationwide reaching across the globe to Germany, Japan, New Zealand, Sweden and the United Kingdom. And while, the rest of the world may still have a way to go (it was only until last year that Berkeley, California became what is thought to be the first city in the U.S. to officially proclaim the day), we have these three individuals to thank for making the bi community a little less invisible.

Online Dating Profile Buzzwords: Words You Need To Use & Lose

Lessons In Parenting From A Lesbian Mom

This article originally appeared on YourTango.com: "It's Celebrate Bisexuality Day—Thanks To These 3 LGBT Activists!" 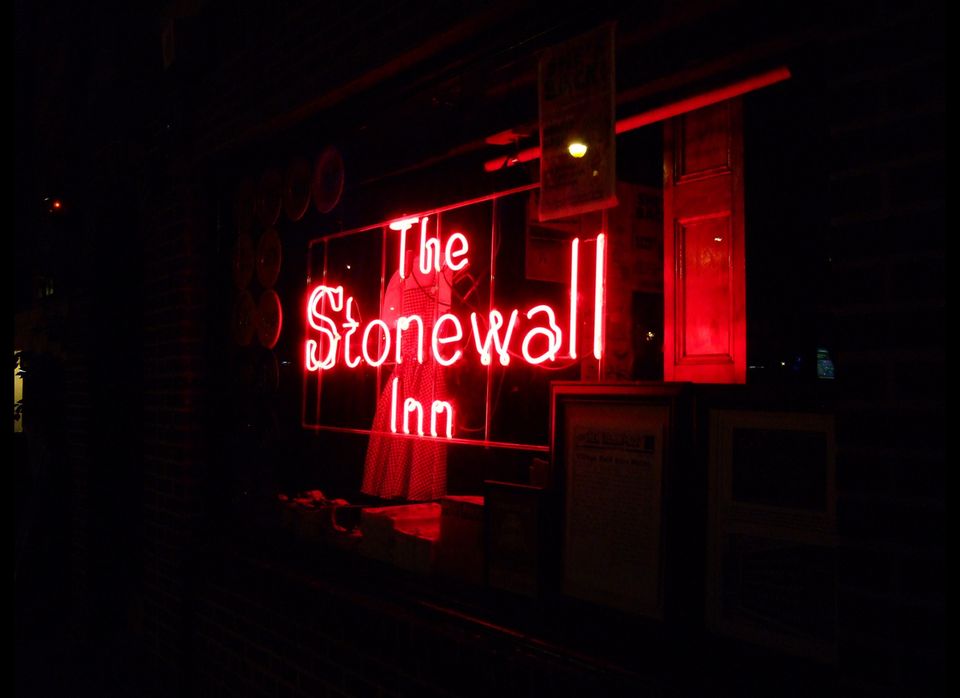