The Academy-award nominated movie, Selma, tries to capture the intensity of the 1960s as brave men and women sought to further the Civil Rights Movement, but even a well-produced movie can’t do some things justice… To really feel the gravity of the Selma to Montgomery marches, you need to actually go there- actually see the and drive the 54-mile stretch of US Route 80 between Selma and Montgomery. From the Edmund Pettus Bridge where the “Bloody Sunday” beatings took place to the Alabama State House steps where Martin Luther King Jr. spoke to 25,000 supporters, the Selma to Montgomery National Trail captures some of the darkest moments in our modern history, but also captures the hope and determination that led to the Voting Rights Act.

The Selma to Montgomery National Trail officially starts at the Selma Interpretive Center, but the actual marches technically started up the street at the Brown Chapel AME. Today, Brown Chapel is available for tour by appointment, but you should stop by for a picture with the Martin Luther King Jr. bust and memorial outside. From there, head to the official starting point, the Selma Interpretive Center. 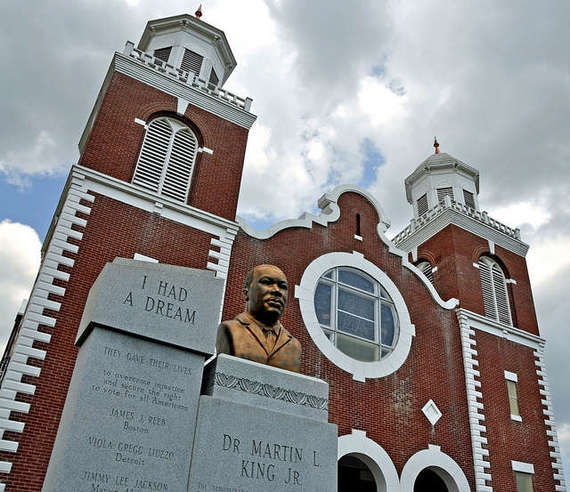 The Selma Interpretive Center helps frame the next 54 miles as you learn about the 3 marches from Selma to Montgomery and the resulting passage of the Voting Rights Act. 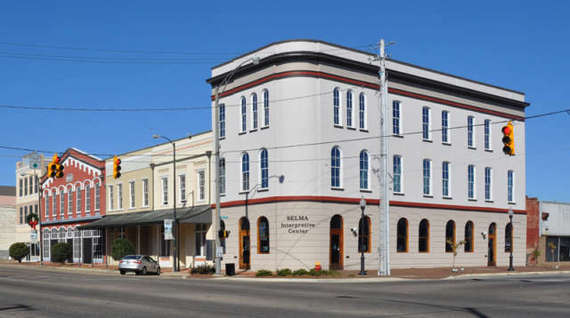 Speaking of which, you should stop at the National Voting Rights Museum before heading out of Selma. The museum features multiple exhibits and specially designed tours to celebrate the Voting Rights struggle in America. 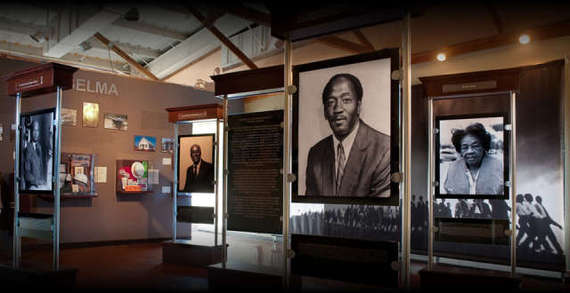 After stopping at the Selma Interpretive Center and the National Voting Rights Museum you’ll come to the most famous spot along the Selma to Montgomery National Trail, the Edmund Pettus Bridge. 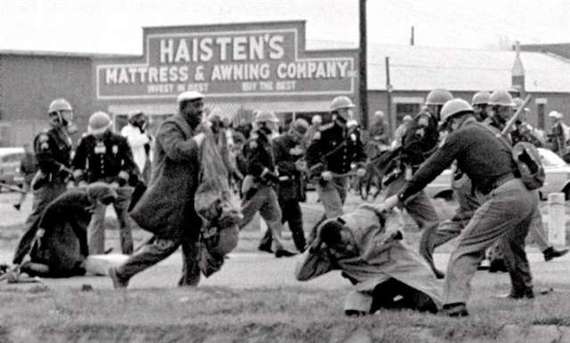 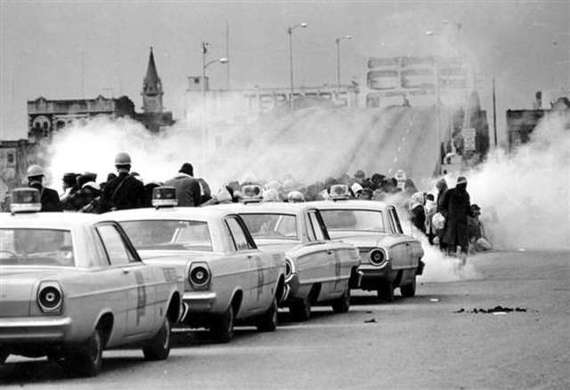 Named for a Confederate general and Ku Klux Klan Grand Dragon, the Edmund Pettus Bridge would become a rallying cry for the Civil Rights movement after armed police and townspeople attacked the 600 marchers on the first Selma to Montgomery march on March 7th, 1965. Known as, “Bloody Sunday,” photos showing the horrible violence on the bridge, along with the murder of activist James Reeb, would propel the voter registration movement forward and led to the passing of the Voting Rights Act.

After crossing the Edmund Pettus Bridge you’ll travel nearly half-way to Montgomery before stopping at the Lowndes Interpretive Center. Located near “Tent City,” where marchers rested in route to Montgomery, the center features powerful stories from the marches like that of Timothy Mays. Alabama Travel tells his story:

Tent City, a settlement on black-owned property near Route 80 in Lowndes County, formed in 1965 for sharecroppers who were kicked off their land for voter registration activity. Tents were set up on the site to accommodate participants of the Selma to Montgomery march. Timothy Mays, a former Student Nonviolent Coordinating Committee (SNCC) worker and member of the Black Panthers in Lowndes County, and others worked to make sure Tent City inhabitants got fed. Mays also was instrumental in helping many of them find new housing. Mays became famous to the world on March 7, 1965 in Selma, Alabama. He was among the civil rights marchers who set out that day to cross the Edmund Pettus Bridge and were beaten and tear gassed by Alabama State Troopers. News cameras were there when a State Trooper clubbed and knocked down Mays, who was carrying an American flag. Mays didn't drop the flag but held on to as a symbol of the injustice he and others had endured for the cause of freedom. Despite offers to buy the American flag for as much as $50,000, Mays would not sell it for any price. Instead, he promised to donate the flag to the Selma-Montgomery Historic Trail Interpretive Center. The flag and other of Mays memorabilia from the Civil Rights Movement can be seen at the center. 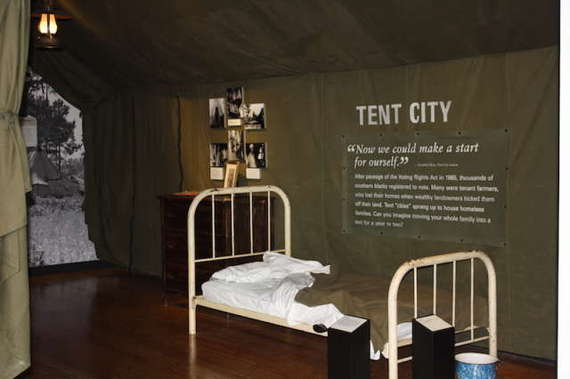 Finally, it’s on to Montgomery. Follow the signs around town to stay on the actual march route until you reach the steps of the Alabama State Capitol where the final march concluded with protesters giving a petition to Governor George Wallace’s secretary. 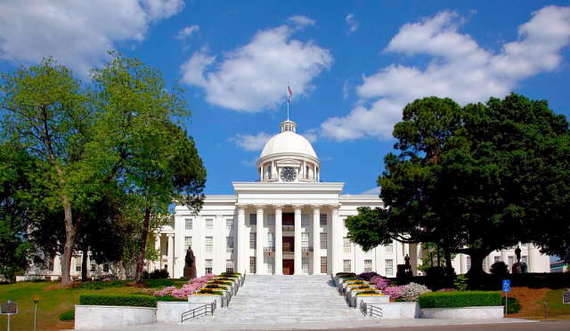 Montgomery has plenty of other Civil Rights Movement sites and museums for you to enjoy once you reach town. Tour Dexter Parsonage Museum, where MLK lived and pastored from 1954-1960 or stop by the Rosa Parks Museum at Troy University. 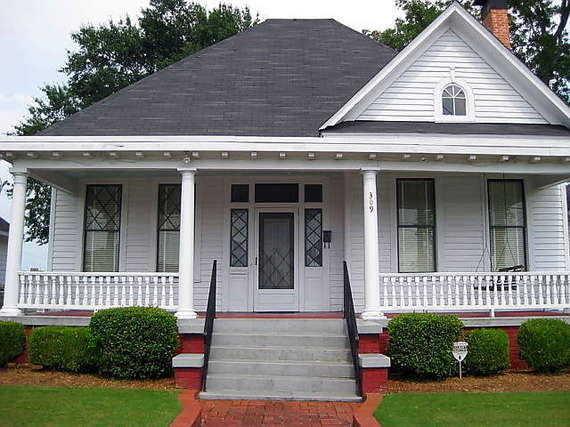 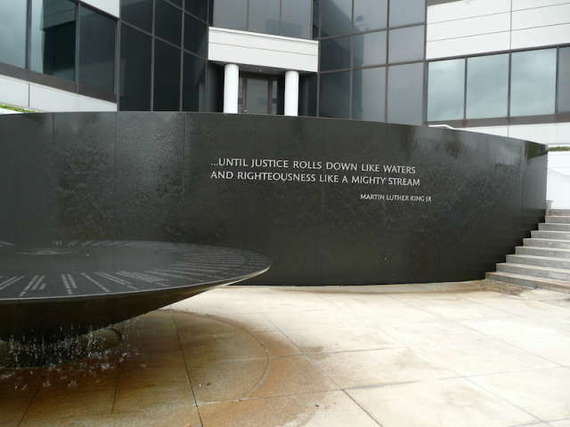 Finally, tour the Freedom Rides Museum, a historic Greyhound bus station-turned-museum that showcases the bravery of the 21 “Freedom Riders” who stepped off the bus right here at this Greyhound station. 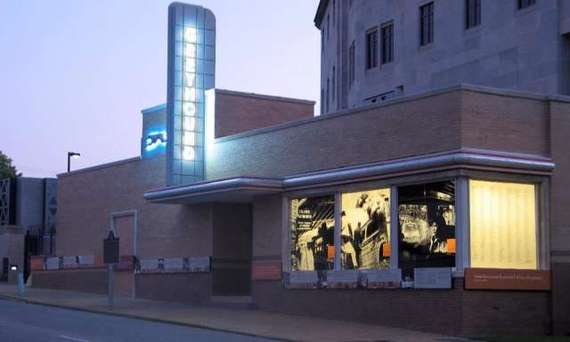