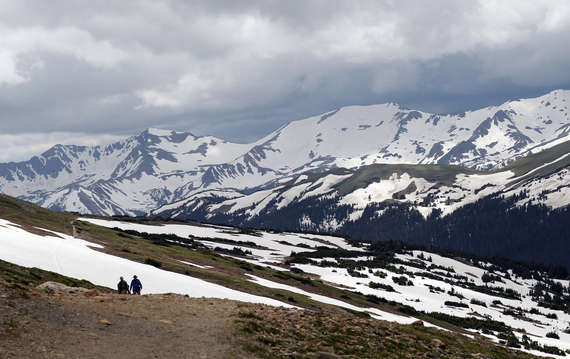 America's national public lands rank as one of the greatest public legacies of all time.

Just think about the array of landscapes that belong to all of us, all Americans. To name just a few: Yosemite, Yellowstone, the Grand Canyon, Grand Teton, Bryce Canyon, Rocky Mountain, Great Smoky Mountains, Acadia and Everglades national parks.

Then there are the national monuments, wildlife refuges, historic sites, forests and the 245 million acres overseen by the Bureau of Land Management. These public lands provide a multitude of benefits: environmental, economic, social, health, spiritual. They provide the habitat for fish and wildlife, places for us to hunt, fish and hike and visitors who patronize local restaurants, hotels, stores and other businesses.

These lands are also under siege. Some elected officials, including members of Congress, want to sell off tracts, open up more areas to drilling, mining and logging or turn over most of the land to states to do what they want with it.

Proponents of breaking up our American birthright are usually careful to say national parks would be exempt. But once they start carving up our public lands, how do we know they'll stop at the boundaries of national parks?

The best way to fend off the would-be public-lands grabbers is to get more people outdoors. The more that Americans connect to nature and wildlife, the less likely it is the anti-public-lands faction will succeed. Our national parks are a great place for people of all ages and ethnic, racial and economic backgrounds to venture into the great outdoors for the first or hundredth time. People can sign up for talks or hikes, take leisurely walks around lakes, look for elk, moose or deer or head out for an adventure in the backcountry. National parks are a unique combination of wilderness, wildlife and accessibility that have been called "America's Best Idea." Not many can argue with that.

This is the perfect time to check out the national park nearest you during National Park Week April 16-24. As part of the celebration, the National Park Service has planned events throughout the nation. People are encouraged to volunteer for projects at parks on Earth Day, April 22.

And on Aug. 25, the Park Service will mark its 100th anniversary. National parks have been around even longer than that; the country's first national park, Yellowstone, was established by Congress in 1872.

After more than a century, we might be inclined to take our national parks and other public lands for granted, assuming they'll always be there for us to enjoy. We might figure the fish and wildlife are permanent parts of the countryside and that we'll always have places to fish, hunt, hike, camp and paddle without having to join a club to get access. But without the foresight and determination of previous generations, the public lands that are the envy of people around the world might never have been conserved.
Now, our parks and other national public lands face many obstacles. Those include politically driven attacks, chronic underfunding, climate change, electronic distractions and increasingly urbanized populations that aren't as connected to the outdoors as previous generations. One of the National Wildlife Federation's main goals is to connect kids to nature and nurture the next generations of conservationists. As a nation, we are more likely to protect and sustain the places that we know and care about.

So take some time to get out and enjoy a national park or other national public lands this year. The payoffs are huge. You'll experience the fresh air, wildlife viewing, family bonding and invigorating exercise that a trip to America's public lands entails. Just as importantly, a closer connection between Americans and our irreplaceable national legacy will have resounding benefits as we aim to keep these public lands in the hands of all Americans.