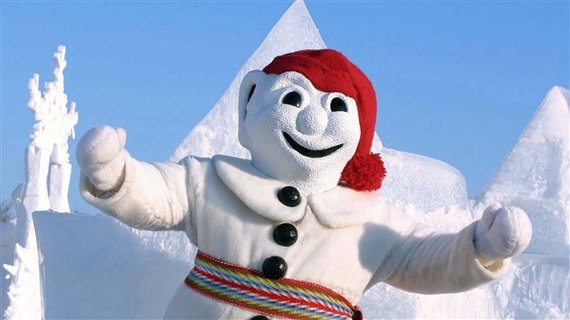 As the winter season continues, a great way to break away from your regular routine is on a weekend or for a short-getaway. Come check out what your nearby neighbors in Canada are up to with their many exciting and unique winter festivals. Whether you've always wanted to experience an ice-wine tasting, ice sculpting, or even a ride down an ice slide, Canada's many inviting winter festivals have got you covered. 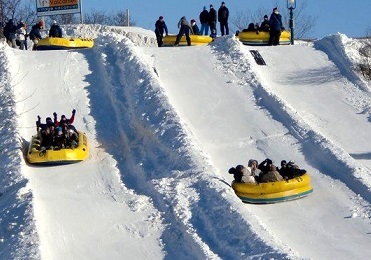 Sledding at the Quebec Winter Carnival

Celebrations are still going strong at the Quebec Winter Carnival which comes from a long-standing tradition in Canadian culture since 1894. Taking place at the end of January to mid-February every year, it is notably the world's largest winter carnival. Providing a chance to light-heartedly embrace the chilly weather, the festival brings night parades, a sugar shack, snow sculptures, axe throwing, giant bowling, and an Ice Palace. Also take in the local music, beer, and sausage pairings, and even take selfies with the Bonhomme de neige, the festival's friendly snowman mascot (pictured in cover photo).

The winter carnival is not only a great chance to enjoy the outdoors in the middle of winter, but is also an opportunity to learn about the rich history of French culture in Canada, and maybe even pick up a bit of the language at the same time.

Event passes are only $15 or $45 for a full carnival pass which includes drinks and snacks. Children under 7 are free. For more information click here. 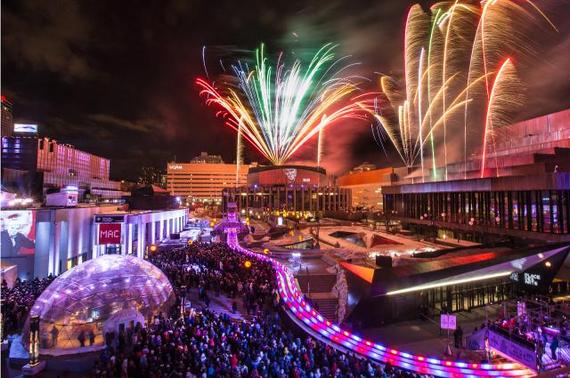 There is still plenty of time to plan a trip to the Montréal en Lumière, an exciting event taking place at the end of February. The dynamic festival will combine the performing arts, music, free outdoor activities for families, and fine dining to create an outdoor winter celebration that is one of the largest of its kind in the world.

This year will feature musical performances on stage in a variety of styles ranging from opera and classical, to Quebecois musicians and renowned Canadian singer-songwriter Chantal Kreviazuk. Other noteworthy performances include Alex Cuba on March 3 and Regina Spektor on March 5.

Sign up for a Sugar Shack dining experience at Valois with a brunch menu featuring delicious Quebecois products and maple-flavoured delights, or walk by the interactive bonfire created from bulb flashes, controlled by human warmth.

The festival will also feature a Nuit Blanche on an evening of over 200 mostly free outdoor activities, which in the past have included the NHL-sized skating rink, a giant ski slope, special museum tours, and celebratory fireworks. The Nuit Blanche program will be announced this year on February 13. For more information click here. 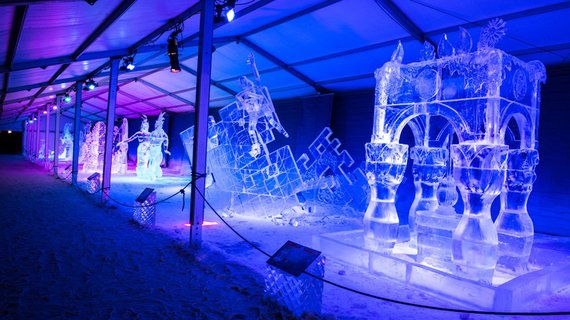 The Winterlude festival in Canada's beautiful capital city happens over three exciting weekends in February. Known for attracting close to 600,000 people every year, it is also the site of the world's largest naturally frozen skating rink, the Rideau Canal Skateway. Running 7.8 kilometers, the skateway is free of charge, and has snack stations along the way. Try the Canadian classic treat, the Beaver Tail, a sweet, deep-fried pastry invented in Ottawa in 1978.

This year there will also be the 37th Annual Accora Village Bed Race on hospital beds across the ice, with costumed team members competing in the fun-filled event.

The first ever Ice Dragon Boat Festival will also be happening as part of Winterlude on February 17-18 on the frozen Rideau Canal Skateway. Ice sculptures by professional carvers will also bring their skills from all over the world for an International Ice-Carving competition in the Confederation Park's Crystal Garden. The Snowflake Kingdom children's snow playground provides outdoor fun for kids, and will be offered every day of the week except Tuesday and Wednesday.

Many of the events for Winterlude are free and provide an exciting opportunity to take in Canada's capital city during the country's well-known winter season. For more information click here. 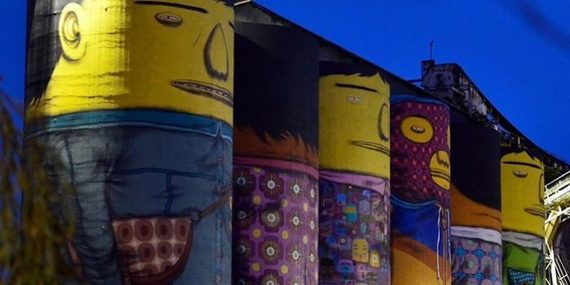 Located in downtown Vancouver on Granville Island, Winterruption is a yearly music, arts, film, performance and food festival. Known as a uniquely Vancouver festival, it boasts a maple sugar shack, a donut spectacular, and shows by Vancouvers #1 improv company.

This year will also include the likes of a bookbinding workshop, a Yoga Film Festival, a Granville Island Market Tour, and a live stone carving demonstration. 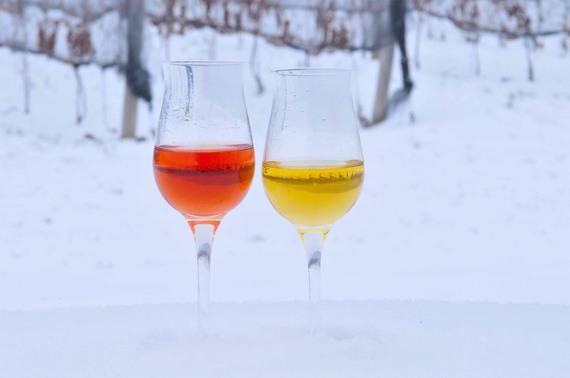 Red and white Icewine glasses in a vineyard

Home to actress Ellen Page, and a favourite vacation destination of David Letterman, Halifax, Nova Scotia is especially beautiful this time of year. The coastal city is celebrating in the sub-zero temperatures with the Nova Scotia Icewine Festival which is sure to delight.

The festival will be presented by seven different wineries which be pouring a selection of wines with food pairings. Experience Nova Scotia's still and sparkling wines, icewine and local cuisine for a ticket of only $30. For more information click here.

Caitlin Leonard, a Contributing Writer for ZEALnyc is based in Canada and writes frequently on arts, culture and lifestyle related topics.

For more from ZEALnyc read:

The Pictures Get Small as Close Reprises Norma in 'Sunset Boulevard'

'Outside the Box' Ways to Celebrate Valentine's Day