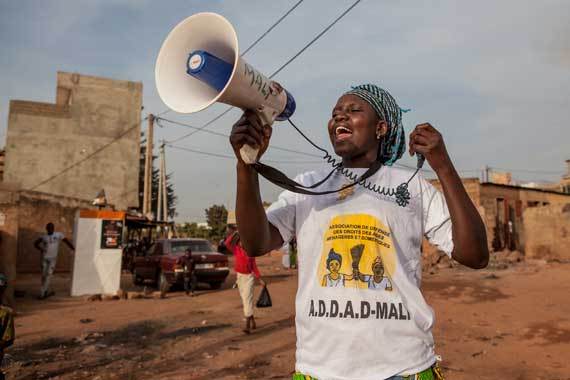 In a room full of feminists the other day, someone asked 'What have we achieved over the past 10 years?' To my surprise, the room fell silent. Is it really that hard to name a couple of recent successes? Maybe previous generations of feminists won clearer victories, such as the right to vote by the first wave of feminists, or sexual and reproductive rights and freedoms by the second wave. Yet the movement has not lost momentum. In recent years we have made giant strides tackling gender-based violence, gaining freedom to express sexuality, and many other areas such as helping those most often ignored to find a voice.

If people, particularly feminists, find it hard to name a recent achievement of the feminist movement, that is a problem. We crave recognition for our efforts just like anyone else. Women, girls and trans* people are working tirelessly to make change happen, yet not only do we not celebrate their successes... we are not even aware of them. Little is as demoralizing as the sense that no matter how hard you try, no one notices what you are doing. No wonder so many activists say they feel exhausted. Burnout is a real problem among activists, and it often stems from this lack of recognition. In their beautiful book What's the Point of Revolution if We Can't Dance Jane Barry and Jelena Djordjevic explore what sustains feminist activists. They point to visibility as an important factor and note that 'Lack of recognition poses one of the greatest single obstacles to activist well-being and safety.' In societies in which women are oppressed, it is women activists whose voices and successes are ignored most. Moving mountains is hard work and it takes time - often generations. It is key that we sustain our activist movements with positive energy and recognition so we can remain effective in the long term.

Showcasing our achievements is important, since this inspires others to make their voices heard too. For people who have been marginalized, threatened or ignored their whole life it takes guts to stand up and make your voice heard. It helps to see others do this successfully. A study called 'See Jane Run' shows that the more the media covers women politicians like Hillary Clinton, the more likely young women and girls will be inspired to become politically active too.

Of course positive reinforcement won't break the power structures we fight against. The complicated issues that feminist activists are tackling today cannot be solved with a marketing campaign. Moreover, promoting our successes should not downplay the huge amount that still remains to be done. While we may celebrate the Pope's acknowledgment that women deserve to play a more decisive role in the Catholic Church, we must still point out that the institution remains oppressive in many other ways. It is vital to share our successes, and equally important to remain critical.

Since women are socialized to be modest, we often feel uncomfortable celebrating success. It seems inappropriate. We worry about being judged self-important. However, if all this is true, then we have an obligation to celebrate, not from a sense of arrogance but because our example and the inspiration of our achievements will help others move forward, individually and collectively. And since many of us find this genuinely difficult, we must help each other by singing each other's praises. We need to celebrate one another as well as ourselves.

Feminism is as relevant as ever in the 21st century. We're going to need all the support we can get to make this the century of true gender justice. It is a massive task, but one place we can all start is to select a favourite recent accomplishment of feminist movements in the past ten years and tell someone about it. At the coffee machine tell your co-worker about the Istanbul Convention on preventing violence against women, tweet about the Hollaback movement to end street harassment, casually drop Chilean President Michelle Bachelet into a conversation with your accountant, or if you're feeling lazy, just share this blog. However you do it, take a minute to learn about and celebrate our recent feminist successes, the global breakthroughs as well as the small steps forward. Knowing about the battles we've already won is half the victory.

Here are my top five favorite feminist achievements of the past five years:

1. Adoption of the ILO convention on decent work for domestic workers (2011)

2. Founding of the Red Umbrella Fund, the first global fund led by and for sex workers. (2012)

3. Argentine's progressive law giving trans* people the right to change their registered sex without the intervention of a judge or doctor (2012)

What's your favorite recent feminist achievement? Please share in the comment section and/or at the coffee machine!