"It is not the answer that enlightens, but the question." - Eugene Ionesco

Twenty seven years ago, after watching a televised debate evolve from "disrespectful to angry to chaotic," Laura Chasin asked a brilliant question. Posed to her family therapist colleagues at the Family Institute of Cambridge, Laura asked in essence: "Could the same methods that help families have safe, constructive conversations in counseling sessions also help people talk with each other in situations where there are deep differences in identity, beliefs, and values?" 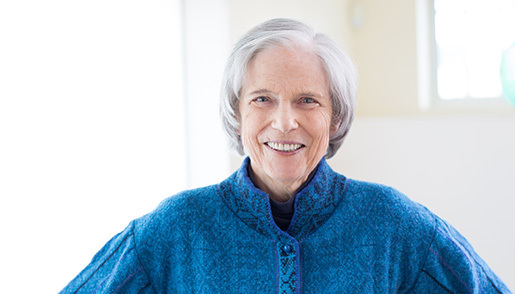 Drawing on the wisdom generated in years of therapy practice, Laura founded the Public Conversations Project in 1989 - a creative effort to foster "constructive conversation where there is conflict driven by differences in identity, beliefs, and values."

It was only a few years later, in 1994, that two murders occurred outside of Boston area abortion clinics. At the request of Massachusetts governor, Laura joined Susan Podziba to bring together pro-choice and pro-life leaders for confidential conversations. Originally planned for a handful of meetings over a short time, these secret talks ended up lasting six years and 150 hours of meetings. Although these leaders remained "firmly committed to their stance on abortion," the respect, understanding and friendships that formed led to each side taking action to "reduce the violence in the rhetoric used by their organizations and to protect against recurring violence." This included the pro-life side dis-inviting an inflammatory right-wing speaker to a Boston speaking engagement.

A 2001 feature on the project in the Boston Globe called "Talking with the Enemy" received thousands of letters and emails from around the world expressing support and hope because of their efforts.

As PCP's Executive Director, Parisa Parsa described Laura, she moved "bravely into uncharted territories with a unique curiosity about every person she met" - evincing a "generosity of spirit and true grace" which "opened up space for the minds and hearts of others in any gathering." Sandy Heierbacher, Director of the National Coalition of Dialogue & Deliberation called "a pillar of the dialogue & deliberation field."

Over the years, Laura has led Public Conversations to become a national leader in facilitated dialogue on a wide range of divisive issues, including same-sex marriage, immigration, abortion, diversity, guns, and the Israeli-Palestinian conflict. PCP has worked on dozens of issues on four continents - and even extending its teaching into the virtual world. They have received awards by the New York State Mediators Association, the American Association of Group Psychotherapy and Psychodrama, the American Family Therapy Association, and the American Society of Professionals in Dispute Resolution. Recently, Laura and her husband Dick were honored by the New York State Dispute Resolution Association.

In the field of dialogue and deliberation, Laura is widely known and deeply respected for a foundational guide to dialogue that she produced with Founding Associate Maggie Herzig, Fostering Dialogue Across Divides: A Nuts and Bolts Guide from The Public Conversations Project.

Laura previously served on the boards of the Rockefeller Family Fund, the Rockefeller Brothers Fund, and Spelman College. She has also served on the boards of the Children's Defense Fund, the Conflict Management Group, and the Institute for Faith and Politics, and on the steering committee of the Common Ground Network for Life and Choice. Deeply passionate about the transpartisan movement, Laura also worked closely with No Labels and other organizations that encourage collaboration across the aisle.

Since first encountering Public Conversations Project myself at a National Coalition of Dialogue & Deliberation event nearly ten years ago, I have been inspired and motived by their work. Seven years ago, Laura offered specific encouragement to me in my interest bringing together people across secular and spiritual divides - with a unique grandmotherly energy that left me feeling both loved and hopeful about the future of this work. Laura and Public Conversations Project have also supported and encouraged others in the field in allied efforts, including our own work at Living Room Conversations.

And just two months ago, Phil Neisser and I were invited to participate in Public Conversations' annual celebration of dialogue called "Nourish". Prior to the event, I received a note from Laura, "Now that I have both your emails, the prospect of seeing you both tomorrow has become delightfully real. I took advantage of my role to seat myself right in the middle of you for dinner so we can have had some conversation before we need to appear before the group."

In addition to inspiring us, Laura loved us truly. In a day when many individuals who make little to no contribution to the world are showcased in death, a peace-making giant such as Laura Chasin should be truly celebrated. This woman, as Parisa Parsa summarized, "lived with a vision of transforming fractured relationships, communities, and politics through the intentional, careful work of communication."

May our fractured, wounded, divided society pause this week - taking away a little hope from the astonishing work and example of Laura Chasin.