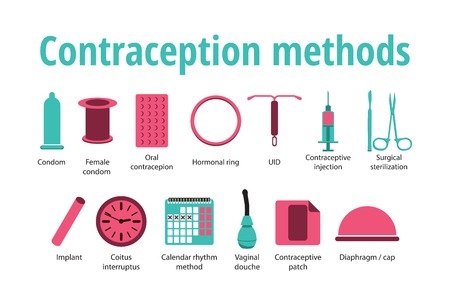 This week marks the 50th anniversary of the decriminalization of contraceptive forms of birth control. As a 40-something woman who grew up in the wake of the sexual revolution - it's hard for me to fathom that birth control was ever illegal.

Access to birth control is something that I have always taken for granted - thanks to Planned Parenthood, free condom programs as part of university health care, and later my health insurance. However, my relative ease of access to birth control is not the norm in this country. Conservative religious groups have rallied their forces to shape public policies that prevent or impede women's access to birth control in increasingly paternalistic and controlling ways. What is happening today is not unlike what happened in the mid-1800s when abortion and contraception were outlawed.

Criminalizing the use of contraception was just one of the results of the "Comstock laws" that were passed across the country in 1870s. While these laws focused on the advertising, sale, and possession of contraceptives, erotica, and abortifacients or information about where to obtain them, these laws effectively made contraception inaccessible to the majority of the public. The Comstock laws were part of a larger backlash against family planning and women's control of their fertility that had been steadily growing through the 19th century.

Historian Susan Klepp argues that during the Revolutionary Era many women were inspired by the rhetoric of "freedom" and "liberty" and began to rethink traditional roles and expectations about pregnancy and child-rearing that they had inherited from Europe. Klepp argues that a shift took place, largely among "urban middling" women, from an understanding of their task and responsibility as moving from abundant fertility and childbearing to one of companionate marriage and planned and limited fertility.

As with many other areas of women's history, it is difficult to know the precise details regarding how this shift in attitude toward the family transpired. What we do know is that within a single generation, from the colonial families of the mid-1700s to their children's generation just after the Revolutionary War, average family size dropped notably. While it was not uncommon for women in the colonial era to bear a child every eighteen months to two years meaning that eight to twelve children would not have been unusual; that number dropped to seven by 1800, five by 1850, and three and a half by 1900.

The paucity of records pertaining to contraception and abortion make it is impossible to know exactly how widespread or effective various forms of birth control were in the 18th and 19th centuries. However, there is widespread evidence of the practice of various methods of birth control, including abortion, from comments made in the writings and lectures of physicians as well as in home health literature and advertisements aimed at women for various pills and potions to "regulate" menstruation.

By the mid-1800s, it was evident that married women were increasingly using abortion as one of many ways to control their fertility. This raised the ire of a group of physicians in the newly formed American Medical Association who instigated a "crusade" against abortion that led to the criminalization of abortion in the United States.

Dr. Horatio Storer, who led the crusade, wrote a treatise entitled, Why Not?, in 1868, that aimed to convince women not to have abortions. In it he represents the attitude that many of these physicians had regarding the possibility that women ought to be allowed to make decisions about their own reproductive health,

Woman's mind is prone to depression and, indeed, to temporary actual derangement, under the stimulus of uterine excitation, and this alike at the time of puberty and the final cessation of the menses, at the monthly period and at conception, during pregnancy, at labor, and during lactation. . . During the state of gestation the woman is therefore liable to thoughts, convictions even, that at other times she would turn from in disgust or dismay; and in this fact, that must be as familiar to herself as it is to the physician, we find her most valid excuse for the crime. [emphasis added]

With this crusade, physicians succeeded in reframing the way in which the public thought about the issue of abortion. Prior to the physicians' campaign, abortion was recognized as a valuable and effective form of controlling fertility, a responsibility that was recognized as a moral good that improved the quality of life for women and their families. After the physicians' crusade, decisions about abortion shifted out of women's hands and into those of their doctors.

Anthony Comstock and his crusade against contraceptives and abortifacients followed in the wake of the physicians' campaign against abortion. The advances that women had made in self-determination and bodily integrity through the late 18th and early 19th century were all but swept away on the changing current of public opinion.

Remarkably, in a little less than thirty years, a small group of dedicated advocates was able to transform the way the country thought about and understood pregnancy, birth control, child-bearing and women's moral agency.

In the wake of last year's Hobby Lobby decision and the increasing attempts in states across the country to interfere with women's access to both contraception and abortion services - it looks as if history may be repeating itself.

Women's capacity to control their fertility is a moral good.