The work of diplomats, and the achievement of compromise are rarely celebrated. Typically, societies worldwide cherish their generals and heroic military victories. 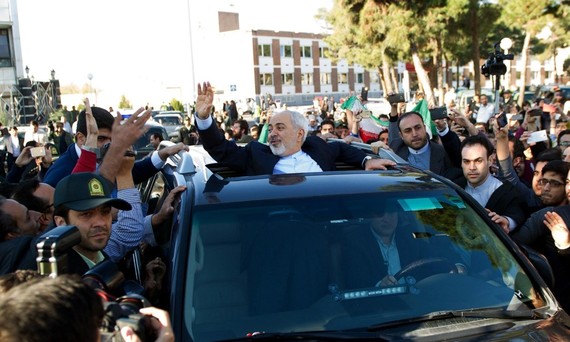 But something different happened last week in Teheran. Iranian Foreign Minister Javad Zarif received a heroic welcome from a jubilant crowd. Iranians partied after a compromise deal on the Iran Nuclear programme was reached in Lausanne.

This reminds us that compromise rarely receives the respect it deserves in modern society. Unfortunately, in many societies, compromise is perceived with suspicion. While there are thousands of museums celebrating military victories, there is no proper museum dedicated to diplomacy and compromise. The great Austrian diplomat Metternich, one of the most successful negotiators in history, has only a small street named after him in Vienna, while Charles Philip, Prince of Schwarzenberg, an Austrian field marshal, has lent his name to a major square, a statue, and a central street in the same city. What about in your city: how many streets are named for diplomats, and how many for military officers?

Compromise suffers particularly in an environment which seeks to impose one truth, whether ideological or religious. In the former communist countries, to be declared a compromiser carried a definite stigma. One truth, one leader, one whatever... cannot tolerate compromise.

However, faced with the reality and complexity of human society, even the strictest ideologies and religions have to compromise. The streets of Teheran have witnessed an evolution from the parades of one religious truth a few decades ago, to yesterday's celebration of compromise.

Compromise has both ethical and practical value. It is ethically sound because it is based on respect for other human beings and societies. It is practical because it is often the only effective way to solve conflicts in highly interdependent societies where numerous social, economic and technological ties cross national borders. As recent history shows, military actions rarely resolve international crises effectively. They often trigger more problems than they solve.

The Lausanne compromise has been heavily criticized in Iran, Israel and the USA. Like all good compromises, it should make everybody unhappy to some extent (ideally, equally unhappy). The road from Lausanne to a final nuclear arrangement with Iran will be tough. But the first steps, including Teheran's celebration of compromise, provide hope for the future of diplomacy and humanity.