As Carnegie Corporation of New York honors Great Immigrants this Independence Day, I am reminded of my parents and our journey to the United States in August 1959. My parents, Margaret and Jerry Mannion, were Irish immigrants who left their respective homes (Monaghan and Galway) in their teens to earn a living in London, England. It was there they would meet and marry and have their two daughters.

In 1959, at the urging of my mother's sister, Mary Clerkin Hawthorne, who had the good fortune to meet and marry a wonderful American GI named Bud in London during World War II, my parents left London for Pittsburgh, Pennsylvania. Who knew that one day I would work for a foundation whose founder, Andrew Carnegie, was also from Pittsburgh?

We were big news when we landed in the little rural town of Zelienople outside of Pittsburgh. Like today, immigrants didn't arrive all that frequently in rural towns, and we made the newspaper. My parents, with their thick Irish brogues, stuck out, but found both a welcoming family and community.

Looking back, it was amazingly generous of my dear aunt and uncle, with their own four children, to take us all in. Their large dormered cape house that I visited many times over the years had only one bathroom, two small bedrooms, and a converted attic, all to accommodate ten people. My cousins, two teenagers at the time, were displaced by these "foreigners," and pushed out of their bedrooms.

Zelienople didn't have a robust economy in those days, at least not for my father who was a trained blacksmith (according to his entry papers). I learned later that this occupation did not refer to shoeing horses, but rather to welding iron!) So my dad left us temporarily in Zelienople to look for work in the big city of New York where his two brothers had emigrated.

Dad not only found a job as a bartender, but also through the New York Irish diaspora, a free apartment. My parents later became superintendents of two buildings, first in High Bridge and then off Fordham Road, in the Bronx, where my sister and I grew up, losing our British accents along the way. 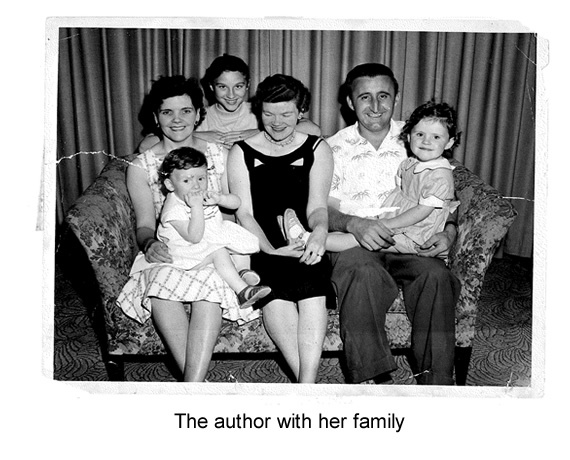 By 1965, my parents became naturalized citizens, while my sister, Dolores, and I became derived citizens (which meant our parents did all the work in filling out forms and taking tests). I still remember my parents studying for the civics test at our kitchen table in the Fordham Road apartment, getting finger-printed at the police station two blocks from our house, and my mother worrying that my Dad would pass the civics test but she wouldn't. She always remembered the question she missed about how many justices sit on the Supreme Court. (Test your own skills on our citizenship quiz here).

In 1968, my father died suddenly at aged 40, just before he would have voted in his first presidential election. That spring, I remember him taking me to a political rally in the Bronx where Robert F. Kennedy was speaking. He was excited at the chance to vote for an Irish Catholic.

So as Carnegie celebrates naturalized citizens, I am reminded of the sacrifices my parents, and so many other immigrants, past and present, made to get a better life for their children and themselves. I am reminded of the generosity of Bud and Mary Hawthorne and their family outside of Pittsburgh who agreed to sponsor us as immigrants and took us into their homes for months on end, when they themselves were raising a family on a limited budget. I am reminded of my Irish diaspora community who helped us with jobs, a home, furniture and a support system that kicked in big time when my Dad died.

We left most of our family in England and Ireland when came to America. With limited finances, my mother and father only saw their own parents once more after coming to America. But we found a family and community here in the United States that welcomed us and took us in.

So, in celebrating immigrants, I want to celebrate my parents, Margaret and Gerry, for taking the risk, the journey, the adventure, so that their children could do better. Change the names and ethnicities, and my story is the story of today's immigrants! Happy 4th of July!

Learn More About the Corporation's Work in Immigration

If you are eligible and want to become a U.S. citizen, check out Corporation grantees, Immigrant Legal Resource Center and the New Americans Campaign for helpful information on the process.

Philanthropic foundation focused on Andrew Carnegie's priorities: international peace, the advancement of education and knowledge, and the strength of our democracy.