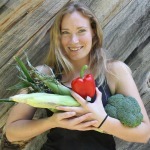 When Naomi Musabyimana first met Gardens for Health International's founders, the organization was in its infancy, and Naomi was personally in crisis. The Rwandese mother had two young daughters to care for, and no source of income, when she applied for a job working on the Gardens for Health farm. Her baby, Aline, was suffering from moderate malnutrition and her government-issued food aid - a corn soy blend shipped directly from the United States and stamped with the USAID motto, " from the American people" - was about to run out.

Naomi's story, however, isn't about how Gardens for Health transformed her life. Her story is about how she transformed the fledgling NGO.

Gardens for Health was founded on the premise that growing and eating healthy food can - and must - be a part of heath care. However, when Naomi joined the team, the young organization was still in the process of figuring out exactly how to create a program specifically targeted at using agriculture to address childhood malnutrition in Rwanda.

That is where Naomi, and a small group of women like her, stepped in. They were mothers from the community who had struggled to feed their children, and knew firsthand what hunger looked and felt like. These women worked with Gardens for Health's founding team to come up with a training model and methodology that would go beyond teaching families about basic nutrition and farming practices. The model would address the complicated and interrelated factors that make it harder for families to feed their children.

In 2010, Naomi worked with 37 women. She talked honestly with them about her own experiences and the steps they could take to make their children healthier.

At first, Naomi admits, training other mothers was hard for her. "I wished someone had given me the information I was teaching, so I could have made a different life," she says.

Four years later, however, Naomi's feelings have evolved. "Nowadays, when I'm delivering trainings to other mamas, my story helps me to prove to them that hope is not lost. I testify to show them that change is possible, and help them to change the way they look at the world." 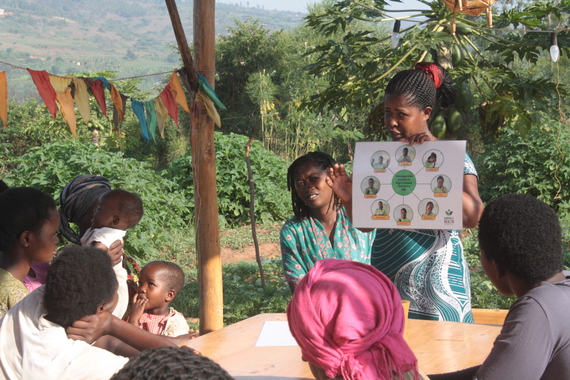 Today, Naomi's two daughters are thriving, and she recently adopted a son, who was abandoned at one of Gardens for Health's partner health centers. She built a house and purchased land where she is growing her own small garden.

Naomi's life is entirely different than it was four years ago -- and so is the NGO that she helped to build. Working in partnership with eight health centers, Gardens for Health has helped 1,680 families to find long-term solutions to malnutrition. This September, at the behest of the Rwandan government, our organization will expand to 10 additional health centers in the northern part of the country, more than doubling our reach. 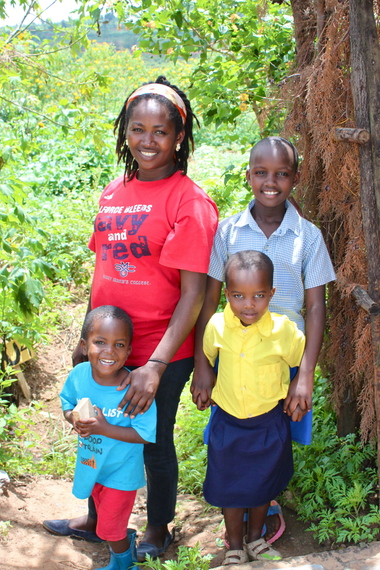 Naomi Musabyimana and her children

Naomi helps to train 36 field educators who deliver the program she was so instrumental in designing. This growing training team is made up largely of women like Naomi - mothers who know firsthand what malnutrition feels like, and who are determined to build a healthier future for their children and their communities.

When asked to describe the changes in her own life since 2010, Naomi grins, "I look better, I feel better, and now I am helping others. I am giving hope to the world."

This Mothers Day, it is an honor to celebrate the millions of women, like Naomi, who are working tirelessly to make a better life for their children. As Naomi is quick to point out, her story is unique but her message is universal. With education and empowerment, mothers are the ones who will change the world.