As the nation celebrates the Supreme Court's historic ruling legalizing same-sex marriage nationwide on Friday, we at HuffPost Live didn't want to selfishly rejoice in only our country's achievements. In the video above, host Josh Zepps took a look at how cities around the world are basking in the glory of love and Pride parades. 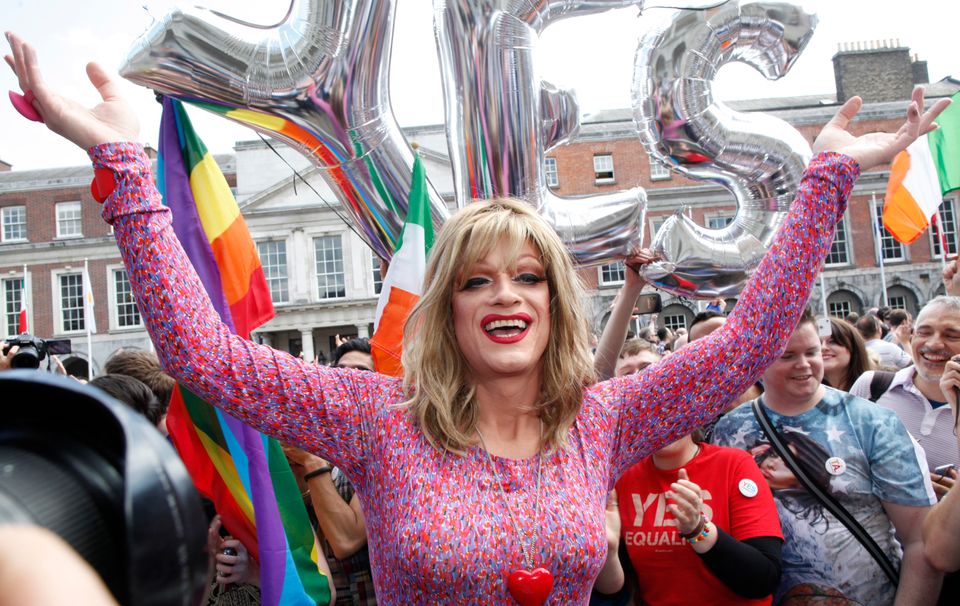 1 / 21
Ireland Gay Marriage
Rory O'Neill, known by the Drag persona Panti, celebrates with yes supporters at Dublin Castle, Ireland, Saturday, May 23, 2015. Ireland has voted resoundingly to legalize gay marriage in the world's first national vote on the issue, leaders on both sides of the Irish referendum declared Saturday even as official ballot counting continued. Senior figures from the "no" campaign, who sought to prevent Ireland's constitution from being amended to permit same-sex marriages, say the only question is how large the "yes" side's margin of victory will be from Friday's vote. (AP Photo/Peter Morrison)
ASSOCIATED PRESS