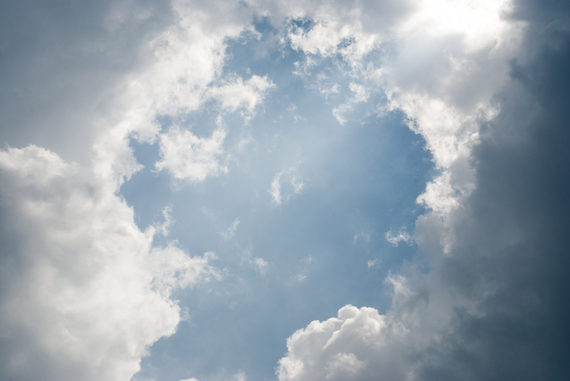 Today is international ozone day, a day when we traditionally celebrate the Montreal Protocol treaty for its historic success solving the first great threat to the global atmosphere--the threat to the protective stratospheric ozone layer from chlorofluorocarbons, CFCs. The treaty's success in phasing out CFCs and related chemicals prevented millions of deaths from skin cancer, millions of cases of cataracts, and well as suppression of the immune systems of humans and animals, and damage to crops and the build environment.

It is indeed worth celebrating the stellar accomplishment of this treaty eliminating CFCs and related chemicals, making it the most successful of all the multilateral treaties that are trying to protect the environment. This victory was hard won, over the initial opposition of chemical companies who damned the scientists who first warned the world of the damage CFCs were causing. But Mario Molina and Sherry Rowland stuck to their guns and went on to share the Nobel Prize in Chemistry for their pioneering work.

Less well known, at least until recently, is the other achievement of the Montreal Protocol--solving a significant amount of climate change. In fact, the efforts to phase out CFCs from our spray cans, air conditioners, and other products and equipment managed to solve an amount of the climate problem that otherwise would have equaled the warming now being caused by carbon dioxide, the climate pollutant responsible for 55 to 60 percent of all warming since the Industrial Revolution. This is because CFCs and related fluorinated gases are super climate pollutants, responsible for thousands of times more warming on a molecule for molecule basis than carbon dioxide. Professor V. Ramanathan pointed this out back in 1975, following the seminal paper by Molina and Rowland the year before.

It's worth remembering that the effort to rid the world of CFCs started first with citizen boycotts, then national measures in the US, Canada, and Europe, followed by the Montreal Protocol. The global warming this combined effort avoided is equal to the contribution from carbon dioxide. In a major story in The Economist magazine last fall, they ranked all actions that had significantly contributed to climate protection. The Montreal Protocol, by their calculation, provided about as much climate protection as all other measures together, including China's one child policy and the economic collapse of the Soviet Union.

This is an astounding achievement, and one we need to recognize as we celebrate the success protecting the ozone layer, which is now on the path to recover by 2065.

We also need to learn from the Montreal Protocol example, and apply it to more of the climate problem. The best way to do this is to start by expanding climate protection under the Montreal Protocol and use it to phase down the next group of damaging refrigerants, hydrofluorocarbons, HFCs. Led by the Federated States of Micronesia and island allies, 95 countries have submitted formal proposals to amend the Montreal Protocol to phase down HFCs. Many other countries, including China, Brazil, and India have agreed with President Obama, one of the champions of the HFC amendment, to support the HFC amendment. After several years of discussions, there are only a very few countries still resisting, principally Saudi Arabia and Kuwait, along with Pakistan, although Pakistan may be moving towards the supporting group.

There are multiple benefits to agreeing to the HFC amendment when the Montreal Protocol parties meet the first week of November for their annual week-long decision-making meeting. First is the fact that phasing down HFCs will avoid the equivalent of up to 100 billion tonnes of carbon dioxide by 2050, and prevent up to 0.5°C of warming by the end of the century. It also will catalyze improvements in the energy efficiency of air conditioners and other appliances using refrigerants, which with a parallel push could avoid the equivalent of another 100 billion tonnes of CO2 by 2050, by saving enough electricity to avoid building up to 2,500 medium-sized power plants.

The second benefit from a successful HFC amendment is the re-affirmation of the value of multilateral solutions to global problems. The world should gain great confidence from the multilateral success of solving the first major threat to the global atmosphere, and the major contribution we've made in solving the current threat of climate change.

Finally, agreeing to the amendment will provide a significant down payment towards the climate mitigation the world needs to stay below 2°C. As The Economist noted, the road to Paris goes through Montreal.