Whatever religion you associate yourself with, there is no doubt that celebrating the Jewish Holidays in Israel is an experience in itself. Starting from the Jewish New Year all the way to Sukkot, the cities of Israel transform themselves and take on a festive appearance and unique feel.

Every year, between September and October, during Tishrei, the first month of the Jewish civil year, Jews around Israel and in the diaspora celebrate three consecutive holidays. Whether it's your first time visiting the Holy Land, or whether you've been here in the past, there is no experience quite like that of being in Israel during the Jewish High Holidays. 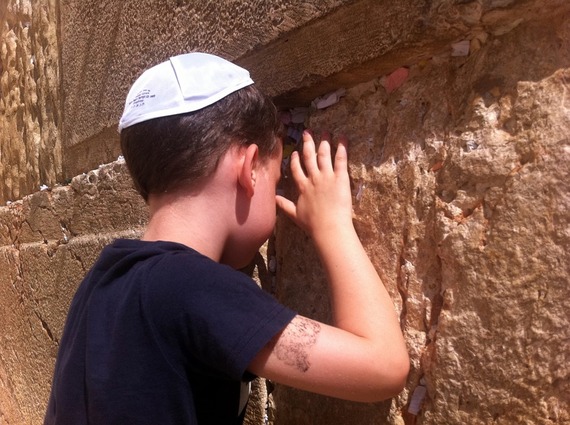 The first holiday is Rosh Hashanah, the Jewish New Year, which symbolizes the traditional anniversary of the creation of Adam and Eve. The second holiday is Yom Kippur, a fast day also known as the Day of Atonement and the most important day in the year according to the Jewish belief. There is also a period of ten days which are referred to as the "ten days of repentance" and include the two holidays and the days between them.

During these holidays, Jews are supposed to ask for forgiveness from anyone they have wronged and think of their deeds throughout the passing year. Jews believe that during the high holidays, each person's fate is inscribed for the coming year into the Book of life on Rosh Hashanah and "the verdict" is sealed on Yom Kippur. At the end of Yom Kippur one hopes that God (and their fellow man) has forgiven them. The next holiday that follows the High Holidays is Sukkot, which was considered to be one of the Three Pilgrimage Festivals during the existence of the Jerusalem Temple.

What to expect
The differences between the three holidays can be felt in the ways in which they are celebrated. Since people tend to celebrate them quite differently in specific areas in the country, you should choose the area that best suits you and your preferences. If, for instance, you want to feel more of a spiritual connection to the holidays, Jerusalem is the place to be. If, however, you prefer to experience the holidays from a more secular point of view, you should get a direct flight to Tel Aviv.

Rosh Hashanah is celebrated for two days in which things in the country are conducted as if it were the Sabbath. Hence, public transportation stops working in the afternoon before the holiday starts, and people go to visit their families, so you should expect a lot of traffic. The holiday's customs include the sounding of the shofar (a hollowed-out ram's horn), and the eating of symbolic foods including apples dipped in honey for a "sweet new year".

Yom Kippur, on the other hand, is quite different. Regarded as the "Sabbath of Sabbaths", the fast day completes the annual period known in Judaism as the High Holidays that commenced with Rosh Hashanah. Interestingly enough, as the most culturally and religiously important Jewish holiday, the fast day is preserved by many secular people as well as religious Jews. For some, it is the only time in the year in which they attend synagogue, so if you plan on visiting a synagogue to see what it's like, you'll find quite a crowd. Yom Kippur starts with a large meal that helps people fast and ends with a meal as well (you can't blame people for being hungry after 25 hours of fasting!).

The unique aspect that differentiates Yom Kippur from any other holiday in Israel is that during the evening-of and day-of the fast you won't see any vehicles on the road since driving on Yom Kippur is prohibited except emergaency services. The streets are extremely quiet except for thousands of kids riding their bicycles and every shop is closed. People are either at home or in the synagogue praying, and the experience is one you'll have to experience in order to truly understand it. It's actually quite magical. 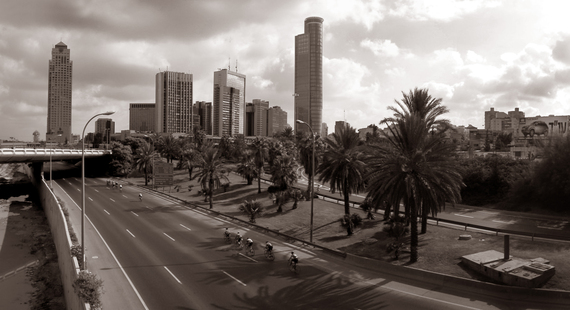 Sukkot, on the other hand, is quite different, marked by its happy and laid-back vibe. Sukkot signifies both the end of the harvest time and commemorates the Exodus of the People of Israel. The holiday goes on for seven days in which children are on vacation from school and some adults are on vacation as well. Many people build a sukkah, a walled structure covered with leaves, at the end of the Yom Kippur fast, and decorate them with colorful artworks and pomegranates. The sukkah is the name of the temporary housing in which the Israelites used to live. You'll be able to see these structures decorating thousands of religious as well as secular balconies around Israel. The sukkah is a great experience for kids and adults alike, and for families to spend time together inside, eating and celebrating.

The first day of Sukkot is a Sabbath-like holiday when work is forbidden and shops are closed. Driving is permitted on Sukkot but public transportation stops in the afternoon of the evening of Sukkot. The holiday continues with Chol Hamoed, in which work is permitted and shops are open as usual. Everything is a bit more crowded since so many people are on vacation, but it will allow you to truly feel the festivity of the holiday.

'Tis the Season
Visiting Israel during the High Holidays will enable you to not only enjoy a cultural experience like no other, but will also allow you to take advantage of the best of Israel's weather. Since it won't be too hot as it would be in the summer or as cold as it can get during Christmas and Chanukah -- a totally different, yet amazing time to be here as well;now is the perfect time to see what an Israeli "Autumn" really feels like.

While some may think Israel isn't a safe place to travel to, I can assure you that it is much safer than many places in the US and Europe today. Visiting the country during the holiday season will enable you to view and experience a sense of camaraderie and togetherness, and a sense of spirituality no matter your religion. And while you're at it - a visit to the beach never harmed anyone!