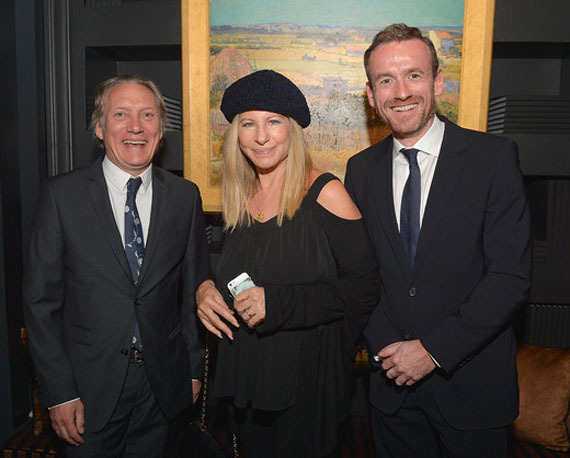 
Presented by Palm Beach Show Group, this mainstream event attracted over 50,000 attendees last year with over 7,000 of those being collectors and celebrities. Barbara Streisand and James Brolin were among the celebrity clientele who enjoyed the 2014 opening night festivities along with Mayor Eric Garcetti (who was one of many on the host committee). Leonardo DiCaprio, Jerry Bruckheimer, Henry Winkler, and other well-known personalities were spotted perusing the art throughout the weekend at last year's event.

Originally founded by Kim Martindale (now general manager/partner), the LA Art Show has seen a lot of changes throughout the years. "We've expanded from fourteen galleries to over one hundred in that last twenty years," cited Martindale. "We've gone from being a largely regional event to one that has more than one third of its exhibitors from outside the United States. We've outgrown three venues before moving to the world-class Los Angeles Convention Center in 2009." He went on to say that the artwork at the show has always been exceptional, but has become more comprehensive over the last twenty years. Unlike other art fairs, the LA Art Show has consistently been inclusive to diverse genres such as graffiti and street art and has put a spotlight on nonprofit organizations each year. Both emerging and established artists and galleries have participated in the show. 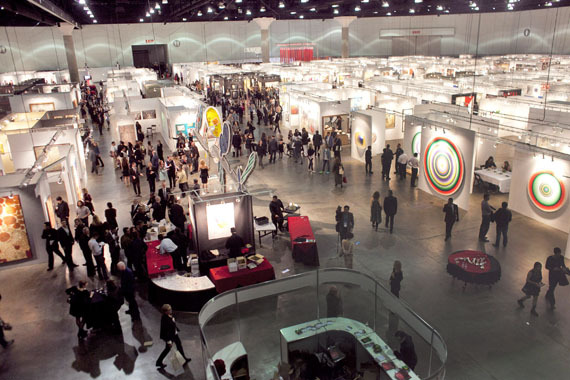 
When asked if the type of art collector that attends the LA Art Show has changed, Martindale responded, "I think our show format was and is specifically selected to meet the needs of the LA art market. Our collectors continue to surprise us as well as themselves. For example, a collector may come to the show specifically because they want to view historic works and may have only collected historic works for years, but when they see the diversity of works on view, they then gravitate toward a contemporary piece that they never would have considered before. These "aha" moments have come to be what we are known for and are what collectors expect from us."

Expect to see a broad range of art at this year's event. The Dialogs LA Lecture Series is back with the inclusion of a special designer addition. As always there will be both a Modern & Contemporary section and Historic & Traditional Contemporary section. International art has once again permeated this year's show with galleries from Korea, China, the United Arab Emirates, and Japan. The work of artists from all over the world will be exhibited. Los Angeles galleries will of course be the mainstay of this popular West Coast event. 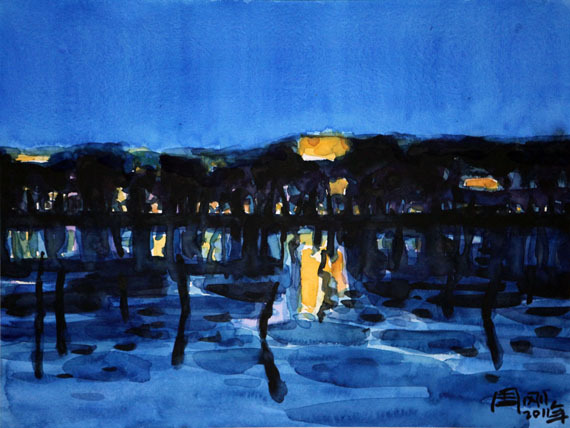 bG Gallery will be participating in the LA Art Show for the third year. Located at Bergamot Station, the Santa Monica gallery has come to this year's LA Art Show armed with the work of an eclectic group of talented artists. "The gallery focuses on artists that bridge traditionally contentious ideologies, particularly cross pollination between so called 'high' and 'low' art," explained gallery director Om Bleicher. "For the show, I wanted artworks that would immediately grab attention from one direction or other and hook people in to learn more about these unique accomplished artists."

Longtime husband and wife team Bob and Marjorie Moskowitz will be debuting some first-time collaborations this year. "Bob is an accomplished figurative painter and Marjorie is an accomplished landscape painter, but their work comes together in a perfect balance of figure and ground that is a style all to its own," marveled the gallerist. 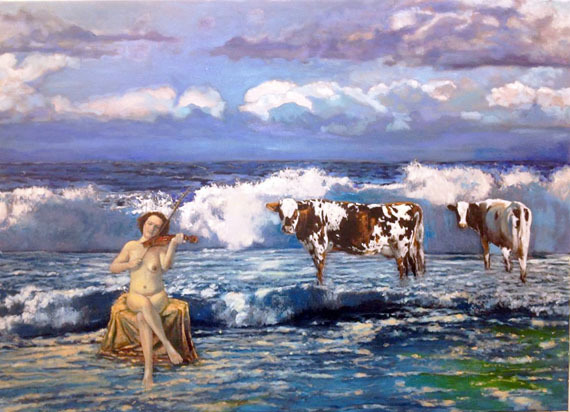 Image courtesy of artists, Bob and Marjorie Moskowitz Two if by Sea, mixed media on canvas 30x40in - on View at BG Gallery's booth (# 827)

The Los Angeles Art Association will once again be joining the show. "The LA Art Show has been a great supporter of LAAA's mission for nine consecutive years, encouraging the vision of even the most ambitious emerging artists," stated Peter Mays, Executive Director of LAAA. 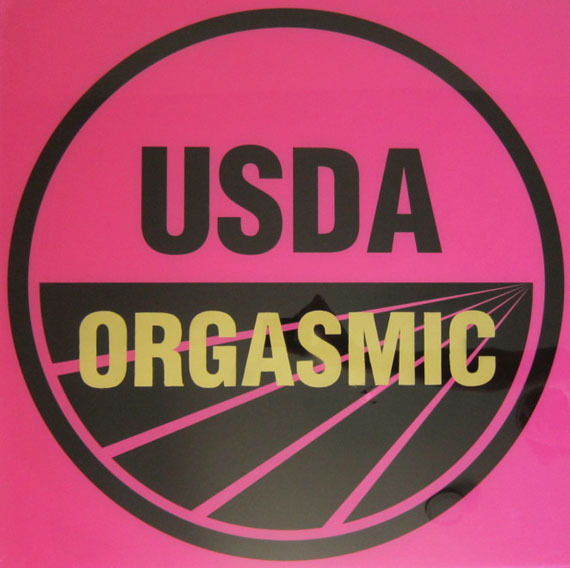