Two weeks ago when actor Heath Ledger could not be awakened in his apartment, a masseuse allegedly made calls to actress Mary Kate Olsen before calling for emergency help. Supposedly, the actress dispatched several private security guards, who happened to have arrived at the same moment as emergency medical workers. Strangely enough, neither the actress nor the security guards have publicly explained what they were supposed to do about an unresponsive man.

The habits of power -- insulation from everyday life, mediators like private security guards, drivers and people who could fix things with discreet phone calls have become the first lines of defense for celebrities. 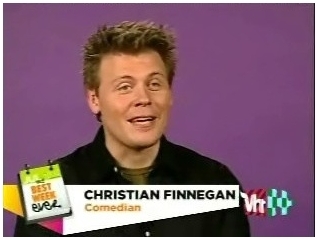 Find out what comedian Christian Finnegan has to say about personal security guards when he was asked to weigh in on the subject.

Best known as one of the VH1 Best Week Ever correspondents, you may also remember him from the hilarious Chappelle Show skit, "Mad Real World", where Finnegan played the lone white roommate, Chad. 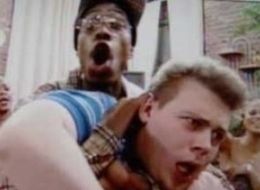 When--not if--When I have my own personal security team, I am going to make them shave their heads and wear peach-colored robes so that way people will think that I am some sort of charismatic leader of a fringe religious group rather than a self-absorbed douchebag--but, they will still kick ass though. I plan on hiring the dirtiest motherf*ckers--I'm talking on gougers, scratchers, yankers--that way if anyone wants to step to me, they'll have to say 'you know what, I value my gonads, I'm going to leave him alone.'

2) What other qualities should celebrities look for in a personal security team other than being able to provide damage control?

You know, with the tabloids the way that they are, there is a lot of temptation, these days, to spill the beans to the press and so I think that when you are hiring a security team, you have to find people who have personality quirks that are more offensive than yours. So if you drink a lot, you've got to find somebody with a raging smack habit; and, if you know that you like to sleep around, you've got to hire a team of guys that have been busted on "To Catch a Predator" or something like that.

3) In what instance should celebrities dial 911 instead of first contacting a member of their security team?