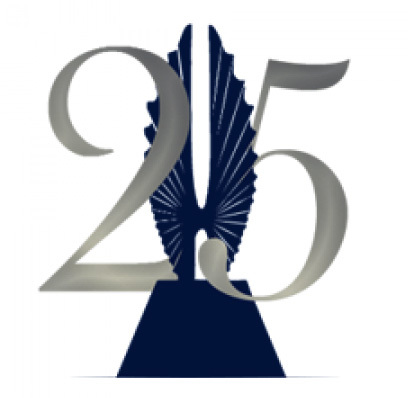 This week I talked with 25 celebrities as they made their way down the red carpet at the 25th Annual GLAAD Media Awards in New York City.

First I spoke with GLAAD's CEO and president, Sarah Kate Ellis, and her wife, Kristen Ellis-Henderson. Sarah talked about clearing up the idea that the fight for LGBT equality has been won, and about how much more work needs to be done to achieve full equality.

Next I talked to Derrick Gordon, the first out NCAA basketball player, about his NBA aspirations and the future of LGBT athletes.

Then I talked with transgender model Geena Rocero about how we need to spotlight the "T" in "LGBT," and about launching her "Gender Proud" campaign.

I was then joined by Stafford Arima, who was there to present George Takei with the Vito Russo Award and chatted with me about directing his upcoming Broadway musical Allegiance, starring George Takei.

GLAAD National Spokesperson Omar Sharif Jr. shared his personal story about how GLAAD saved his life, and he talked about the programs he's involved with to deal with the LGBT teen bullying epidemic.

Comedian Fortune Feimster, who hosted the event, gave her spin on LGBT issues.

Perez Hilton, who was there to see global superstar Kylie Minogue and Grammy Award-winning country music artist Kacey Musgraves perform, talked about how fatherhood has changed his life.

Transgender actress Candis Cayne, who played Ms. Hudson on CBS' Elementary, chatted with me just prior to accepting the Outstanding Individual Episode Award on behalf of the show. (The series is without a regular LGBT character.)

Actress Robin Weigert, who starred in the film Concussion, which won Outstanding Film (Limited Release), talked about how LGBT equality continues to advance.

Then actress Yael Stone from Orange Is the New Black, which won Outstanding Comedy Series, talked about the show's upcoming second season.

George Takei, who received the 2014 Vito Russo Award, talks about how honored he is to be recognized with this award, named for one of the founders of GLAAD. George and his husband Brad also talked about their new documentary, Being Takei.

Boy George, who was there to introduce Kylie Minogue, gave his advice to LGBT teens that they should not suffer in silence but should reach out.

Martial arts fighter Jessica Aguilar was there to represent LGBT athletes with her partner Elena Rodriguez.

Out Olympic speed skater Blake Skjellerup was also there to represent LGBT people in sports and talked about the advancements we have made in the last year.

Actress Alysia Reiner was present to celebrate her show, the fabulous Netflix series Orange Is the New Black, which is changing hearts and minds about the LGBT community.

Next I talked to actor Raúl Castillo, who appears on HBO's Looking, which has been renewed for a second season.

I concluded with the fabulous actress Laverne Cox (Orange Is the New Black), who was honored with GLAAD's Stephen F. Kolzak Award last month in L.A. Laverne talked about how grateful she is for her career and how she wants to create a safe world for her inner child.