Bieber posted a screen shot of a Daily Mail article concerning his "wardrobe fail" and explained to the writer that the photos were taken at a hockey arena where he was performing that day, and he simply didn't have time to change his outfit before meeting with Harper.

Of course, Bieber isn't the only celebrity to step out in overalls. Heidi Klum, Katie Holmes and plenty of other stars have made the playful fashion statement. 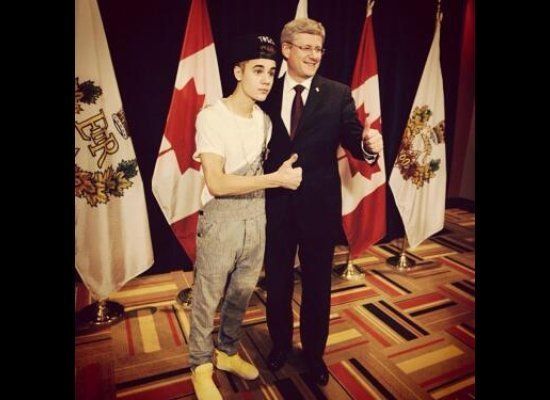