After news broke of her racially insensitive past, Paula Deen was unceremoniously dropped from both the Food Network and a number of her celebrity endorsement deals, including those from Walmart, Smithfield Foods and Caesers Entertainment. "I am so fortunate that so many of partners that know who I am have decided to stand by me," Deen told Matt Lauer on the "Today" show Wednesday morning about being axed by her sponsorships. "And I am so very thankful for the partners that I have that believe in me."

Of course, Deen isn't the only star to have simultaneously fallen from grace. Check out these celebrities below who have lost major celebrity endorsements, from Tiger Woods to Charlize Theron. 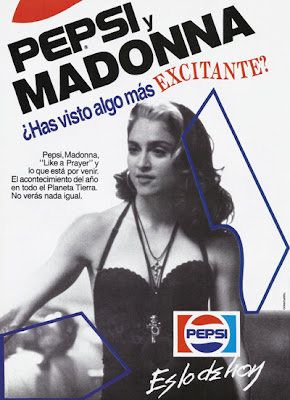 1 / 10
Madonna and Pepsi
Pepsi contracted Madonna at the height of her popularity to represent their brand in 1989, for $5 million. The singer was canned by the company just several months into the deal after Madonna's music video for "Like a Prayer" came out, featuring a murder, burning crosses and bleeding stigmata.
Pepsi