A new video is reminding Americans of the stirring words of one of its most beloved poems.

It’s a recitation of “The New Colossus,” the famous poem on the Statue of Liberty’s base. You know, the one that goes, “Give me your tired, your poor, your huddled masses yearning to breathe free.”

The new rendition, done to promote “Liberty: Mother of Exiles,” an HBO documentary about the statue, features the famous lines as recited by celebrities, including Lizzo, Whoopi Goldberg, Jessica Chastain, Monica Lewinsky and RuPaul.

Oh, and Andy Cohen and Charo!

The new reading of the Emma Lazarus poem comes as President Donald Trump’s administration seems to be turning its back on the poem’s promise.

Recently, Ken Cuccinelli, the acting head of U.S. Citizenship and Immigration Services, suggested the poem should read: “Give me your tired and your poor who can stand on their own two feet, and who will not become a public charge.”

Madeleine Albright, who was secretary of state during Bill Clinton’s presidency, called Cuccinelli’s comment “one of the most un-American things I have ever heard.”

You can see “The New Colossus” video below. 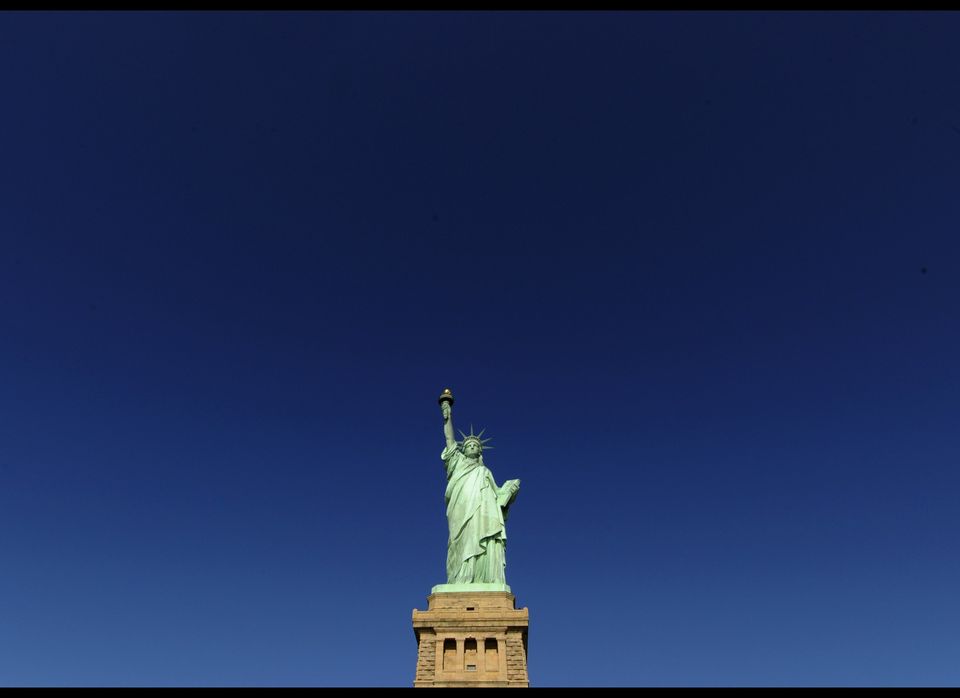