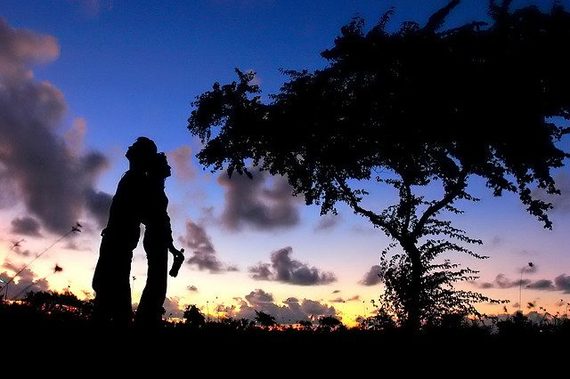 A couple of Hollywood divorce announcements have made headlines recently.

Predictable fallout in the social media communities has commenced. We're collectively disappointed: If they can't make it, nobody can! What does marriage even mean anymore? I totally saw that coming...he's been _________ing all over the place...

We're making assumptions and estimations, which is normal. We're curious. It's our nature.

Love is so much more complex, though. Especially when we're talking prolonged periods, like ten years or longer. People can change dramatically. And if the other half of the relationship is unwilling or refuses to meet their end of the bargain, sometimes what's best is to part ways.

I've heard the argument that they should stay in it for the children, citing the statistical analyses of single-parent homes not being proved adequate. Personally I think that's a crock. There are just as many messed up homes with couples that remain married. And is staying together miserable a preferable option?

Not if freedom, self-expression, and happiness are at the top of anybody's list.

Divorce rates are as high as they are for a reason. Every relationship is not going to last forever. Things change unpredictably far too often, and none of us can see the future or the end result of it. That being said, we can always make the choice to stay if we deem it in the best interest of all. But there has to be merit to that decision; it takes two to maintain a healthy, satisfying relationship.

When we enter a relationship to marry, most of us commit with that lifelong intent underlying our decision. But during the interim, people discover things about themselves that they didn't know going in. Sometimes the discoveries they make send them in a completely different direction than originally intended.

It can sting, particularly when one party is still madly in love with the other. Although I must argue that if both people are being 100 percent honest with themselves, they're going to pick up on the other person's feelings when things aren't going so well. When you live with a person for so many years, you can feel stuff like that.

Why do we feel the need to judge others when we see their marriage deteriorate? Are they failures? Or perhaps more successful at navigating the winds of change than we're comfortable with?

I highly doubt that all the commenters on the social media celebrity bashing train are living the marital dream, or any dream for that matter. If their lives were so fabulous, why would they be wasting time obsessing about a celebrity?

It's easy to fixate on celebrity. Takes far more commitment and effort to study the essence of healthy relationships, processing our emotions, going after our dreams, creating the ideals we long for.

Is it so incomprehensible that we should spend time focusing on what truly matters?

None of us are getting out of here alive. We are choosing to emphasize things that absolutely do not matter in the long run, trading our empowerment for endless chatter. It frustrates me tremendously. This is not to say that marriage itself does not matter, or that true love is a thing of the past.

The obsession toward celebrity, staged relationships, and make-believe connections with people we don't know in the slightest? That's the problem. Instead of squeezing the juiciness out of our own lives, we live vicariously through magazines and social media.

We should be living our best life, whatever that means for us personally.

In full disclosure, I've enjoyed a few train wrecks in my day. I've purchased celebrity mags, watched some Jersey Shore and even Real World (admittedly it's been a while). But I've never viciously contributed to the comments, trolling and attacking and obsessing. I was more preoccupied with figuring out my own life, and what I wanted it to look like now, and out five, ten, twenty years. 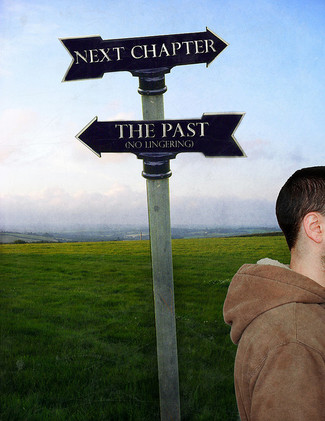 As to my long-term relationship, we've had to work for it.

Love and marriage aren't concepts I take lightly. I fully intend to be with this man for the rest of my life. I've had to make that choice during some pretty rough periods we've encountered over the years.

It takes being conscious together, open communication, and awareness about what we both want out of life.

If down the road we awaken to the fact that one of us wants something completely different from what we thought initially, there's a possibility we could part ways.

We're open and honest enough with one another to acknowledge that fact; neither of us wants the other to be dishonest or unhappy just to maintain something that's dying. Sometimes aspects of our past (and relationships) must be laid to rest so that something new can be born.

And if you're currently on the denial train to Celebrity Land, I encourage you to disembark now. Say goodbye to vicarious living and hello to your life.

I help highly sensitive women heal chronic emotional and physical wounds, and let go into their most authentic, flowing, and fulfilling lives. Reach me at: http://goddessmusings.com